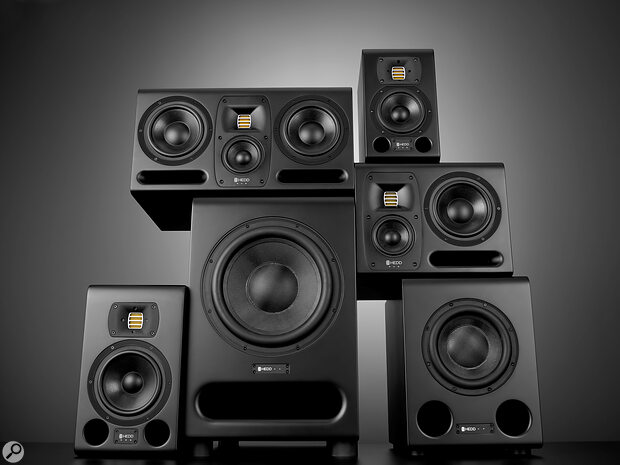 HEDD, the speaker company set up by veteran designer Klaus Heinz, have announced a major overhaul of their entire Type series of monitors. Like the previous generation, they all employ Heinz-designed ribbon tweeters and honeycomb-construction woofers, but the new Mk2 models add a whole lot more.

By the time we'd reviewed the first-gen Type 20, HEDD had devised a piece of software called Lineariser, which, at the expense of a little latency, brought all of that speaker's three drivers to heel in terms of their time-domain response — an effect Phil Ward found rather moreish in his 2018 review. The new Mk2 monitors all house a DSP engine of their own, meaning they can benefit from the time-domain equalisation standalone, even when not connected to a DAW. 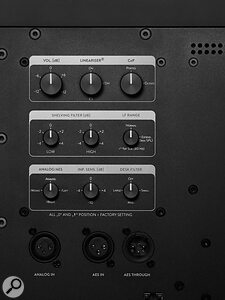 The other major difference between the original and Mk2 speakers is that the newcomers all ship with port plugs, meaning you can switch between infinite-baffle and reflex-loaded bass behaviour. It's a much more sophisticated solution than the old 'sock in the port' trick, however: a dedicated control on the speaker's back panel selects your operating mode and uses the on-board DSP to tailor the LF response according to whether or not you've blocked the ports.

Finally, and for the first time, HEDD are offering a set of matching subwoofer options, in the form of the Bass 08 and Bass 12 (named after the size of their speaker cones). Like the new Type models, these also have their own DSP, which can be set for tight time-alignment between a pair of HEDD Mk2 satellites or surrounds. Indeed, you can even employ delay lines, to compensate for varying speaker distances in a multi-speaker setup.

The full range of new HEDD speakers comprises the two-way Type-05 Mk2 and Type-07 Mk2, the three-way Type-20 Mk2 and Type-30 Mk2, and the two new Bass subwoofer options. Pricing is yet to be confirmed (we'll update this story when we find out!), and the speakers are due to go on sale in January. Naturally, we'll be bringing you an in-depth review in an upcoming issue of Sound On Sound.