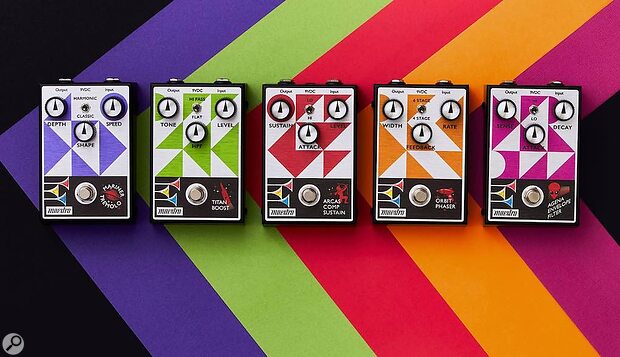 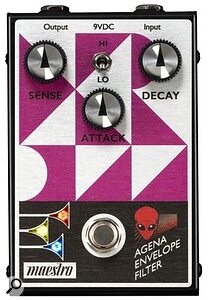 The Agena Envelope Filter is an all-analogue pedal and offers a wide range of tonal possibilities thanks to two distinct filter frequency options.

Switchable LO and HI modes are available, which allow the user to focus the pedal's filter on low- and high-frequency ranges respectively.

The pedal features a true bypass design, with LEDs placed in the bugles in the Maestro logo indicating the effect’s current status. 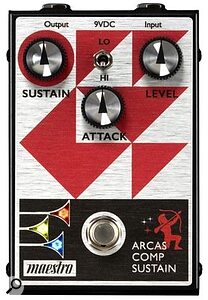 The Arcas Compressor Sustainer offers both transparent, light compression as well as more obvious heavy, tight compression, and promises to deliver enough sustain and level compensation to become a player's go-to choice for any situation.

Two modes are once again available, with LO and HI modes each providing differing sensitivity to the player’s pick attack. A Sustain knob controls the amount of gain reduction that is applied during compression, whilst an Attack knob allows users to set how quickly the compression is applied.

A Level knob then provides control over the pedal’s make-up gain setting and overall output volume. 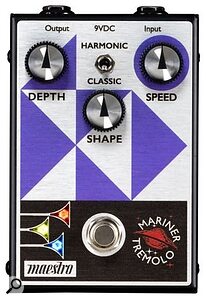 The Mariner Tremolo provides two amp-like tremolo options. A Classic mode offers sounds that range from subtle, smooth amplitude modulation through to a sharper-edged, biting modulation, with a range of effects to explore in-between.

In Harmonic mode, the pedal provides the harmonic tremolo tones reminiscent of those produced by a select few vintage amplifier tremolos. 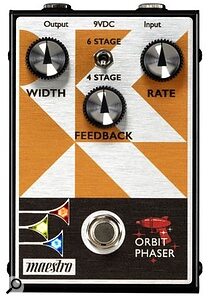 The Orbit Phaser is a descendent of the first phaser pedal ever produced, the legendary Maestro PS-1, which has been re-engineered and tailored to the needs of today’s players and exhibits all of the character and vibe they would expect from an all-analogue phaser.

The manufacturer says the Orbit is a versatile pedal, with its two-position Mode switch giving users a choice between either four or six-stage phasing.

A Width knob controls the intensity of the phaser effect, whilst a Feedback control emphasises the amount of the effect, and a Rate parameter provides users with control over the speed. 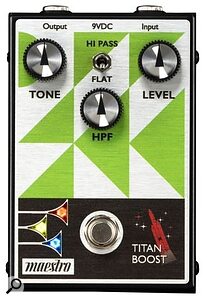 The Titan Boost provides over 25dB of clean boost, allowing it to easily drive any valve amp into natural overdrive, and has also been designed to act as the ultimate tone-sculpting boost.

Equipped with both a Tone control that functions as a variable low-pass filter, and HPF knob that offers a variable high-pass filter, the pedal allows users to control any high-frequency harshness as well as tackling problematic low-frequency content.

The Titan Boost’s intuitive three-knob control layout allows users to quickly craft their desired tone, and the pedal promises to offer the perfect boosted tone regardless of the player’s guitar, pickups, or pickup switch position.

Each of the pedals are available to purchase now, with pricing as follows: