McDSP’s groundbreaking APB-16 — a plug-in controlled, programmable analogue processor — has just gained a sibling. The new APB-8 offers eight channels of processing, compared with 16 channels on the original, and carries a lower price, but is otherwise identical, down to its 1U form factor.

When we reviewed the original last year we found it to be a hugely successful marriage of computer convenience and real analogue sound (read here), with our only real criticism being that it was only compatible with Mac computers running Pro Tools. While Windows users haven’t yet been catered for, McDSP have developed AU and VST3 versions of the control plug-ins, letting Cubase and Logic users into the party, while compatibility with other DAWs is apparently in the pipeline too. The McDSP APB-8 is shipping now.

Finally, the Moo X mixer for the APB ecosystem, announced in October last year, is now available. Billed as a ‘virtual sidecar’, the Moo X can be configured with up to 8 channels and features a stereo bus compressor. Also available now, the Moo X processor is free for APB system owners. 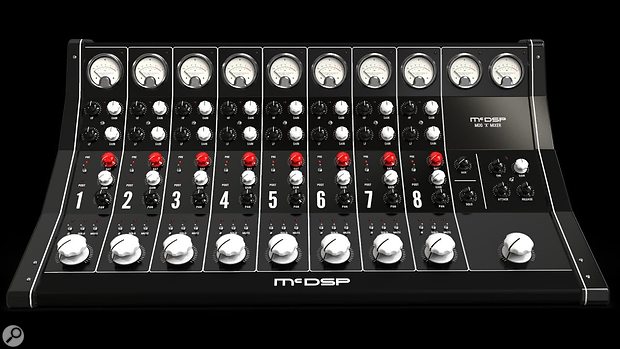