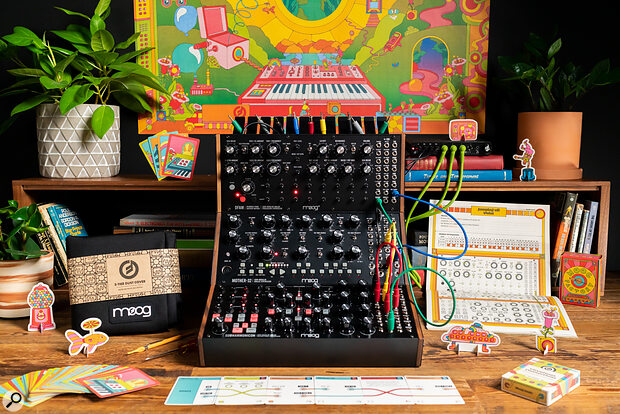 Back in March, we brought you news of a new Moog synth bundle, called the Moog Sound Studio. It combined two of their compact synth modules with a kit of accessories such as a dual-output PSU, a simple mixer, patch cables and a patch book, with the aim of providing people with everything they need to start their adventures in synthesis.

Those first two Moog Sound Studio kits were available in two configurations: a DFAM+Mother‑32 kit, or a DFAM+Subharmonicon pairing. Now, Moog have released a three-synth version, combining all three of those modules, plus an expanded (three-input) mixer and a suitable triple-output PSU. The new three-tier Moog Sound Studio also adds new creative learning tools, including a synth exploration card game, as well as a dust cover for keeping the three modules pristine.

The triple-module Moog Sound Studio is available to buy now, and is priced at $1999 — representing a saving over buying each module separately.