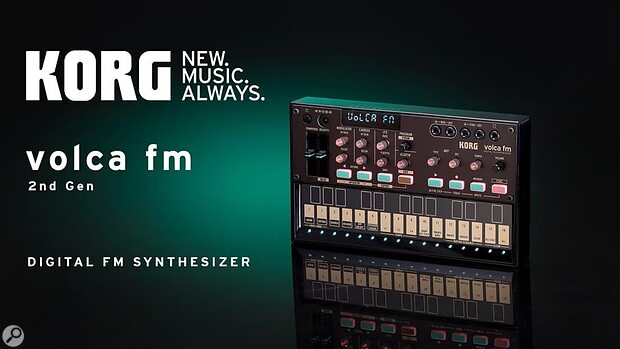 Korg have announced a new and improved version of their popular Volca FM compact synthesizer (read our review of the original here). The second generation unit follows the same form factor as the original, but with doubled polyphony (6 voices instead of the original 3) and a range of useful new features. As with its predecessor, the Volca FM features 6 operators, 32 classic algorithms, a 16-step sequencer, and a powerful arpeggiator that reproduces the sound of the classic Yamaha DX7. As with the original, the new version is also compatible with Sys-Ex patches from the DX7.

On top of the built in Chorus of the original, Korg have added a Reverb, and both of these effects can be used and adjusted individually to greatly expand the sonic options provided to users. The Volca FM also now responds to velocity information via MIDI, providing a much more expressive and nuanced playing experience when controlled with an external keyboard. Continuing with MIDI-based enhancements there is now a MIDI output available, enabling more in-depth integration with other gear and allowing users to control external devices with the built-in step sequencer.

Another new performance-based feature is the inclusion of program randomisation, which Korg say will allow users to “find new inspiration through happy accidents and unexpected patches”. Popular features from the previous version such as warp active step and pattern chain are still present, allowing users to develop interesting patterns by altering the timing of steps within the sequencer, and by joining together multiple step sequences respectively.

As well as being incorporated into a larger setup, the Volca FM can run on six AA batteries, has an integrated speaker and weighs in at a mere 360g (without the batteries), making it a truly portable stand-alone instrument. 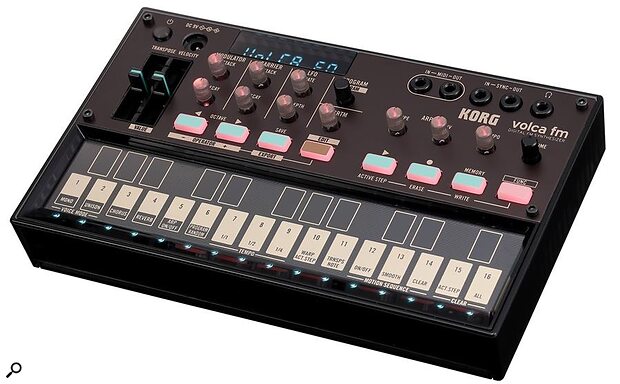