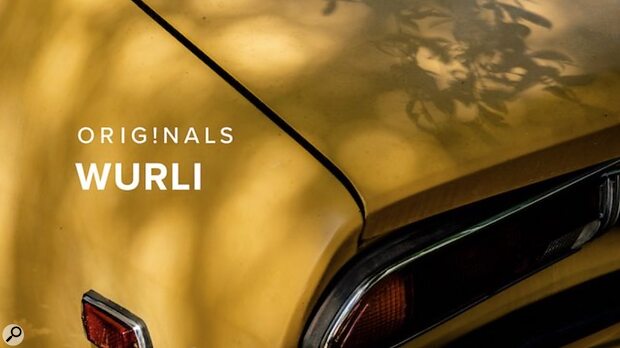 Spitfire Audio have released Originals: Wurli, a new sample library that provides the classic sound of Wurlitzer’s legendary electric pianos, as well as offering increased versatility via the inclusion of presets with additional processing applied to the source samples.

The original sound of the instrument is provided by a Classic preset, which has been captured from the output of the instrument’s speaker. Tremolo, Rate, and Depth controls are on offer, allowing users to craft an authentic tone to suit their compositions. A Mellow preset then combines a direct output from the instrument with a post-produced pad signal which has been created using granular synthesis. A third preset titled Funky blends the instrument's signal with an overdriven signal, which Spitfire say works well for jazz and funk styles, whilst a Stabs preset contains shorter sample lengths optimised for percussive and rhythmic playing.

Users are able to mix between a total of five signals. A Direct option simply offers the direct output from the instrument, whilst a Speaker signal has been recorded from its built-in speaker. An Amp option provides a signal recorded from the instrument being played through an Ampeg B-15 amplifier, whilst a Pads signal offers ambient textures that have been created by time-stretching the samples and passing them through a chain of effects. Lastly, a Drive signal provides a selection of overdriven samples.

Attack and Release controls are available to manipulate the envelope applied to the samples, allowing users to create new and unique sounds and tones, and the library also includes a built-in Reverb.

Originals: Wurli runs within Spitfire Audio’s own plug-in, which is available in AU, VST2, VST3 and AAX formats. The download size for the library is 5.6GB.