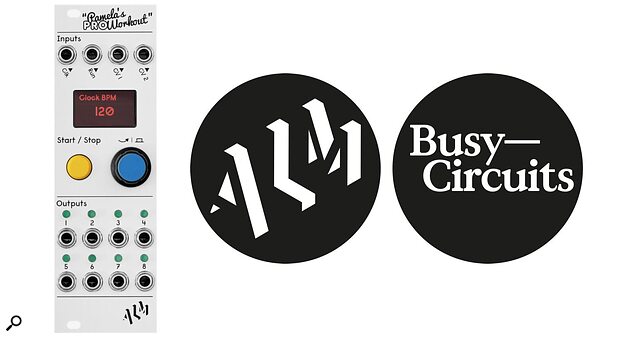 ALM/Busy Circuits’ Pamela’s Workout Eurorack module turns 10 years old this month, and the company are celebrating with a newly updated version, the Pamela’s PRO Workout. Originally released in 2012 as an eight-channel clock and function generator, the module was treated to hardware and software upgrades in 2016 which greatly expanded its capability. This latest iteration extends the module’s functionality even further, adding a larger full colour display, more CV inputs, faster dual-core processing, and more. 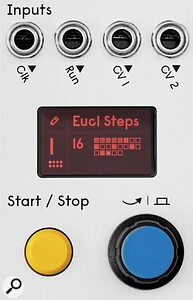 Pamela's PRO Workout is equipped with a larger colour display, offering enhanced visual feedback compared to previous versions.The module retains the form factor of its predecessor, occupying 8HP of space within a rack, and the company say it also maintains the same intuitive workflow that made the previous versions a popular choice amongst Eurorack users. Increased visual feedback is provided courtesy of the larger display, and users now benefit from enhancements such as more wave shapes, micro grid timings, and cross output modulations.

Each of the device’s eight outputs can produce anything from simple triggers to complex rhythmic waveforms or quantised melodic patterns, all of which are synced to a BPM-based master clock. A wide range of new waveform types are available, with Level, Offset, Phase, and Slew parameters all available, and the module offers plenty of pattern creation functionality thanks to Euclidean, probability, and beat-based looping capabilities.

The modules parameters can be controlled directly, or from external devices via assignable CV inputs. An additional 4 CV inputs can be added with the company’s Axon-1 expander, and ALM/Busy Circuits say that upcoming expander modules will also allow integration with non-Eurorack equipment via MIDI and DIN Sync connectivity.

The module offers instant saving and loading of per-output and group settings, with a total of 56 memory slots available, and all of the device’s current settings are retained between power cycles. The module also features USB-C connectivity, allowing for quick and easy firmware updates via a connected computer.

Check out the video below for a demonstration of the module’s capabilities.