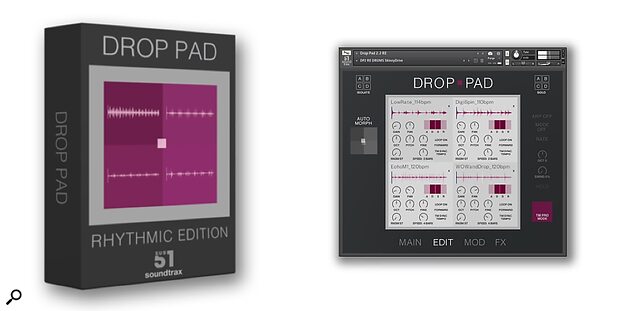 Sub51 have announced the release of Drop Pad Rhythm Edition, an updated version of their Drop Pad Kontakt instrument which was released in a collaboration with Soundtrax earlier this year.

This latest update has been designed specifically with loop manipulation in mind, and comes equipped with a brand new content library packed with drum and percussion loops, arpeggios, and sound effects. All of the new content can be combined within Drop Pad’s four-layer interface, with a wealth of further processing and modulation capability provided by the instrument’s built-in filters and effects.

A wide range of tempo variation can be applied, and users are also able to drag and drop their own samples directly into the interface, which will then be automatically matched with the host DAW session or standalone Kontakt instance’s tempo. 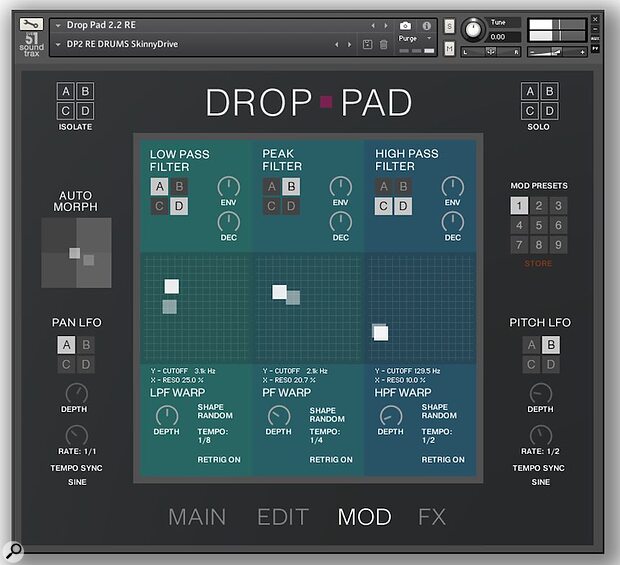 Other new features introduced in the updated version include a new Play/Stop button for auditioning loops, and it is now possible to further modulate the path of the Morph Cursor using the instrument’s Volume Warp functions, providing users with yet more possibilities for modifying their rhythms. Users of the standard version of Drop Pad will soon benefit from the additional functionality introduced in the Rhythmic Edition via a future update, but without the addition of the new loop library content.

We were impressed with the original Drop Pad release here at SOS, with Executive Editor Paul White picking the instrument as one of his software choices in the recent 2022 Gear Of The Year feature (print / web / app / replica / PDF editions).

Drop Pad Rhythm Edition is available now, and is being offered at a reduced price of £27.97 including VAT until 4 January 2023, after which it will be priced at £39.97 including VAT.