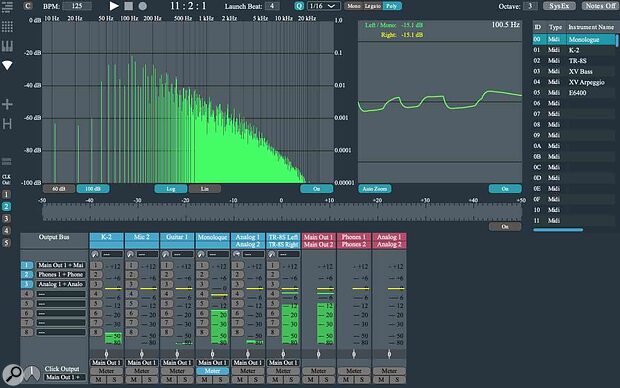 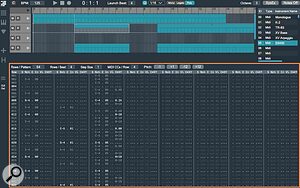 Precyne aims to bring DAW-like sequencing and editing capabilities to users of studios equipped with MIDI-capable hardware instruments and equipment. Precyne provides users with the ability to separate different instruments into their own clips in much the same way as a modern DAW, whilst also enabling clips to be dedicated to automation tasks, allowing instrument’s automation and note playing data to be edited and arranged individually.

The software also offers a quick and easy way to map MIDI CC data to pattern commands, as well as providing intuitive control over a note’s velocity dynamics. Single-click control is available for MIDI Clock outputs during editing and playback, and the software also facilitates SysEx data dumps on a per instrument basis.

A dedicated audio routing and metering screen is available, providing users with flexible configuration options for their audio interface’s I/O, with each physical audio input channel benefitting from its own assignable output and auxiliary send. An additional eight Quick Select buttons allow temporary or permanent changes to be made to audio signal paths, enabling users to quickly switch between different effects chains or change routing configurations for multi-track recorders.

Precyne V1.0 is currently supported on PCs running Windows 7 and above, with Mac and Linux versions both in development.