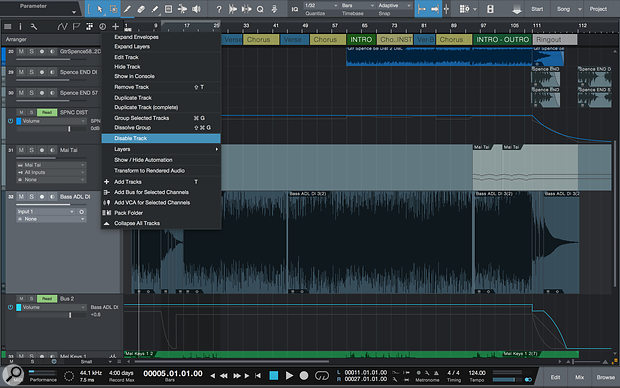 PreSonus Studio One 3.3 is now available and adds unprecedented integration with the company's Notion scoring software. You can now export Studio One note events and audio into a copy of Notion 6. You can start a composition in Notion 6 or Notion ofr iPad and continue working in Studio One or send the audio files or note data, track data, VST instrument data, and score data straight to the DAW, retaining instrument name, score order, pan and gain settings, rehearsal marks, initial time signature, and metronome marks.

Multitrack drum editing is now even faster in Studio One 3.3. Instantly quantize an entire drum performance using beat slicing, thanks to new Autofill and Autofades options that allow you to fill gaps, remove overlaps, and apply fades in one pass. Alternatively, quantize and apply beat-based, artifact-free time-stretching using a more advanced combination of Audio Bend and Elastique Pro 3 algorithms that preserves transients. New mixing enhancements in Studio One 3.3 include one-click global effects on and off, enabling quick A/B comparisons. You also can now disable tracks, instruments, or plug-ins to reduce CPU load and save memory.

Compose in Studio One and send note data to Notion for editing and printing parts. Export the audio or note data for each track and import it into a copy of Notion 6 running anywhere on the network or on the same machine. Notion 6 can also find instances of Studio One, automatically open a new project, and send the audio files or note data, track data, and score data straight to the DAW, retaining instrument name, score order, pan and gain settings, rehearsal marks, initial time signature, and metronome marks. 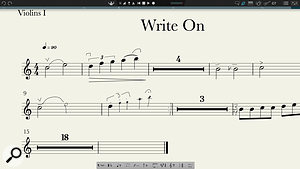 Entering music has gotten easier, too. Along with its familiar interactive fretboard, keyboard, and drum pad, Notion 6 lets you get your hands on your score with handwriting recognition. Write directly into your score, and Notion will automatically convert your input into digital notation. Or you can write into the optional handwriting area so you don’t have to keep zooming in or out of a large score to write notes.

To top it off, Notion 6 comes with the Notion Score Library, a collection of public domain scores in the Notion format that includes a variety of famous orchestral and piano works. Use the Score Library to teach a set work or orchestration, accompany a choir with the whole of the London Symphony Orchestra, accompany a student’s concerto with one finger, play scores for fun by tapping each beat, and hook up a MIDI keyboard for touch-sensitive dynamics, performed in real time.

If you have a notion to check out PreSonus Notion 6, log into your existing My.PreSonus account or create a new account and download the free demo. Notion 6 is available immediately for a MAP/street price of $149 USD at PreSonus dealers and the online PreSonus Shop.