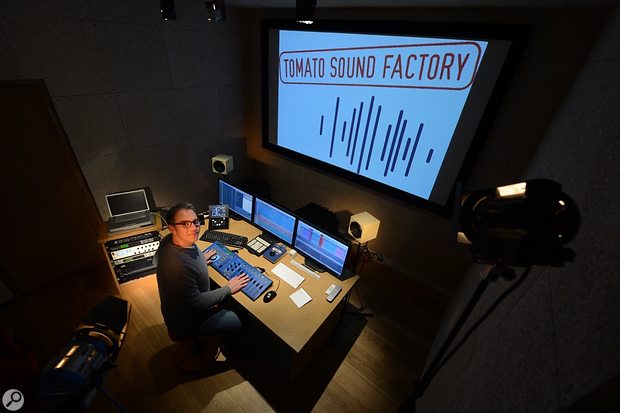 Tomato Sound Factory owner and producer Frederic Maury who will speak at the event in Paris in June.

Prism Sound is extending the reach of its Mic to Monitor educational seminars by holding three of its forthcoming events in conjunction with the Abbey Road Institute, which now has training centres in Paris, Melbourne, Berlin and London.

The 2016 Mic to Monitor tour kicked off on April 11 at the new Abbey Road Institute in Berlin, before moving to Los Angeles, USA, for its second event on April 27th. It will ultimately take in over 10 cities around the world, including Paris on June 8 and Amsterdam on October 17, where it will be held at Abbey Road Institute’s sixth centre, which is due to open later this year.

Targeted at music production students, hobbyists and professionals, Mic to Monitor aims to dispel the many myths surrounding the recording process. The events answer those all-important questions such as what makes great gear great, what does it take to become a successful and in demand audio engineer, how do recording professionals tackle different aspects of their productions and how is a hit sound achieved?

Each seminar features presentations from recording professionals who will answer audience questions on recording techniques. Among those scheduled to take part are Tomato Sound Factory owner and producer Frederic Maury who will speak at the event in Paris in June, and Talvin Singh OBE who will address audiences in London on December 5. There will also be presentations from the pro audio equipment manufacturers that are supporting the events in each territory, and an opportunity to demo and win recording equipment.

Places at Mic to Monitor 2016 events are limited and are allocated on a first come, first served basis. Those wishing to reserve a place should visit www.prismsound.eventbrite.com where details of venues, dates and guest presenters are available.