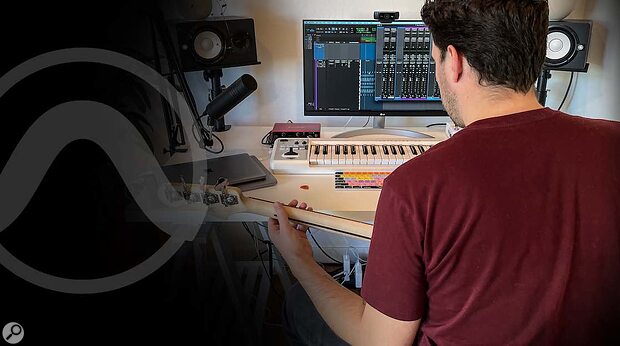 It's been several years now since Avid moved to a subscription model, allowing them to introduce new Pro Tools features and updates as soon as they are ready rather than waiting for an integer point release. However, Pro Tools 2022.9, which is announced today, is much more than just a maintenance update! It introduces two major new features: one has been trailed for several months, but the other is definitely a surprise. 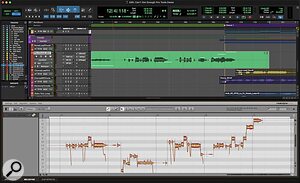 Audio Random Access (ARA) integration with Celemony's Melodyne has been a long time coming to Pro Tools, but as usual, Avid's implementation looks very comprehensive and well thought-out. All paid-for versions of Pro Tools include Melodyne Essentials as standard, and if you have a licence for a more advanced version, you'll also be able to use all of its additional features directly within the Pro Tools Edit window.

Melodyne ARA can be activated on a per-track basis as an alternative to Elastic Audio. Once analysis has been complete, audio clips on a track will display piano-roll note data and a Melodyne 'blob' logo overlaid onto the waveform. The Melodyne editor itself is accessed through a new docked editor window which occupies the lower half of the screen and can alternatively display the MIDI editor, or Clip Effects.

The other big new feature is something Avid are calling Aux I/O. As it is based on the Core Audio functionality within macOS, this is likely to remain a Mac-only feature for the foreseeable future, and it's also unsupported with older or 'classic' HDX rigs. For the rest of us, though, what it does in essence is to allow the Pro Tools software to address one or more additional I/O sources simultaneously with the main Playback Engine. These can be hardware devices such as Core Audio interfaces or the built-in hardware on a Mac, but they can also be other programs running on the same computer, or a new virtual soundcard Avid are calling the Pro Tools Audio Bridge, which is available in several different versions with up to 64 channels of I/O. 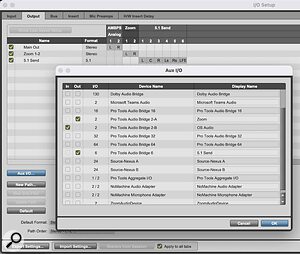 Avid caution that you should use the main interface selected as Playback Engine for crucial recording and playback tasks, as latency for Aux I/O devices is greater and can be non-deterministic; there can also be potential sync issues in some cases where the main and Aux I/O devices are independently clocked. Nevertheless, it's a feature that opens up a huge range of possible use cases. One of the most obvious benefits is that it allows Atmos monitoring from a Pro Tools HDX rig without the need for a separate computer: the Dolby Atmos Bridge can be used as an Aux I/O device, allowing audio to be passed to the Dolby Atmos Renderer running on the same computer.

Aux I/O also massively simplifies the process of integrating Pro Tools with other software. For example, it's now trivially easy to stream audio from Pro Tools into Zoom or another online meeting tool. If you have Ableton Live or Apple's Mainstage installed on the same machine, its synths can now be brought directly into the Pro Tools mixer. What's more, Aux I/O supports multiple devices simultaneously, so in principle, Pro Tools can address several pieces of software and hardware at once. 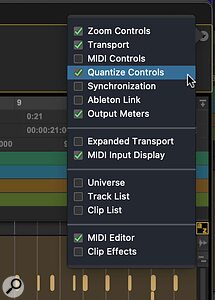 As usual, there are also some smaller improvements in Pro Tools 2022.9, the most notable being a huge increase in the number of Markers (from 999 to 32,000) and the introduction of a new Quantize Tools panel in the Edit and MIDI Editor windows, meaning it's no longer necessary to open the Quantize window in order to change common quantisation settings.

Finally, although this has not yet been officially announced, Avid are also taking the opportunity to release a new free version of Pro Tools. Unlike the old and discontinued Pro Tools First, Pro Tools Intro will use the same code base as the other versions, meaning that its feature set is alway synchronised to the paid-for editions. As you'd expect, it provides only a limited number of tracks and a subset of the usual bundled plug-in library, but as an educational tool, an editor for podcasts and other stereo material, and an introduction to the platform, it looks very promising. Expect more detail from Avid soon.

Pro Tools 2022.9 is available now and is included in all current subscription plans.