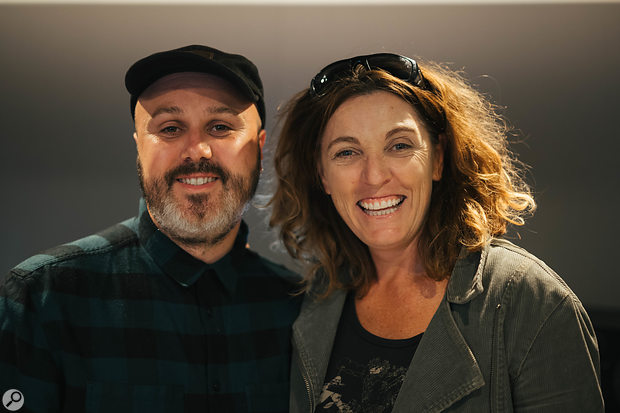 The Pro7ect Songwriting Retreat, which puts together top-flight producers with songwriters and artists, returns to Brighton’s unique, music-themed Hotel Pelirocco in 2019.

This edition’s headline producer has been announced as Gethin Pearson. A multi-instrumentalist comfortable across a range of genres, Pearson has produced and/or co-written tracks for To Kill A King, Kele Okereke (ex-Block Party), Mallory Knox and has produced vocals for Charlie XCX and Alma + French Montana’s massive single ‘Phases’.

Pearson will join Stew Jackson, writer and producer for Massive Attack and a founding member of Phantom Limb. More names are still to be announced, and these will undoubtedly be just as high-calibre. Previous producers include Youth, Roni Size and Mercury Prize winner Talvin Singh.

Pro7ect 2019 will take place from February 25th to March 1st 2019. Songwriters and artists will have the opportunity to work with A-list producers to write, record and produce in four pop-up studios, all equipped with the latest recording gear. Gethin’s room is sponsored by Prism Sound and will feature some of the company’s award-winning audio interfaces. Other sponsors include PMC, Focusrite/Novation, Roland and Audio Technica.

Pro7ect participants work with producers to write and record a track a day for three days. The teams are changed each day and the songs are either written for one of the artists in the room or to spec using tip sheets. Every evening there is a feedback session where teams play the result of their day’s work to the entire group.

“The event attracts songwriters from all over the world and a number of the songs we have created over the five years Pro7ect have been running have been optioned by artists and publishers” says Pro7ect Creative Director Lisa Fitzgibbon.

Pro7ect 2019 is now taking bookings. Participating costs between £1089 and £1299, including full board and accommodation, producers and studio equipment for four nights. Places are limited and anyone wishing to take part should visit www.pro7ect.com to apply.