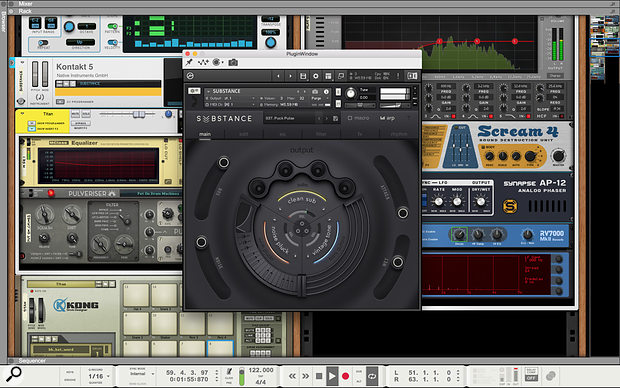 When Propellerhead Reason debuted way back in 2001, it was revolutionary: an affordable, self-contained virtual electronic music studio that let anyone create entire tracks without needing a lot of know-how, a stack of synths and software or a super-charged PC. But Reason’s many virtues have always come at a price. Propellerhead have introduced tons of new features over the years, from audio recording to triggering external MIDI devices to allowing third parties to design Reason instruments and effects, but the most requested feature of all – the ability to host genuine third-party plug-ins – has not been one of them. In our 2013 review of Reason 7, we even went so far as to say that it “almost certainly never will be”.

Well, time makes fools of us all because Propellerhead have now released Reason v9.5 featuring VST plug-in support. A free update to all Reason 9 users, the new version promises to list your existing VST instruments and effects alongside Reason’s own devices and let you use them in exactly the same way. Plug-ins can be dragged and dropped into the rack or used in Combinator patches alongside Reason instruments and effects, with audio and CV patching as normal. A new delay compensation feature promises to complete this seamless experience. If Propellerhead can truly maintain Reason’s signature user-friendly feel while allowing access to the wide world of VST plug-ins, they’re guaranteed to make a lot of Reason users very happy – and win over more than a few new converts too.