Published 12/5/16
Company “looking for everyone: from coders and makers to composers and musicians” 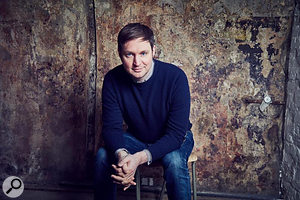 East London-based music tech company ROLI have raised an astonishing $27 million to accelerate growth and bring its devices — including the celebrated Seaboard RISE — to music-makers around the world. This growth will involve the company hiring, as ROLI CEO Roland Lamb explains “As we continue this journey, we are looking for everyone-from coders and makers to composers and musicians-to join the ROLI team as we change the shape of music."

The Series B fundraising will help ROLI scale to meet growing demand, expand in new markets, and intensively build out its product, engineering, and marketing teams in North America and Europe. 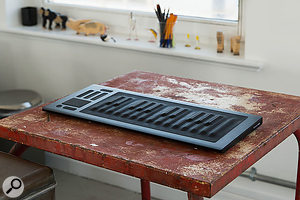 ROLI's chain of connected hardware, software, platform, and developer products have received worldwide acclaim. The Seaboard RISE, an instrument that launched in September 2015, remodels the piano keyboard as a soft, smooth, touch-responsive surface that lets music-makers shape sound through five dimensions of touch. Artists have celebrated the Seaboard RISE, while SOS reviewer Robin Bigwood hailed it as "one of the most exciting, progressive, and potent MIDI controllers ever made”.

ROLI welcomes new US-based investors Foundry Group and Founders Fund at a time when the US accounts for a large share of current and prospective sales. It has opened offices in New York and Los Angeles since its acquisition of Blend, the cloud-based music-sharing platform, in October 2015. While ROLI continues to grow in the US and Europe, it is also expanding internationally.

Already working with institutions like Children's Music Fund, INSPIRE Music, and Rytmo, ROLI is also expanding its commitments to society. The company have announced that it will pledge 1% of its products, equity, and team's time to find new ways of bringing the joy of making music to everyone. It joins technology companies such as Salesforce.org, Techstars, and Glassdoor in the Pledge 1% movement in the US and UK.