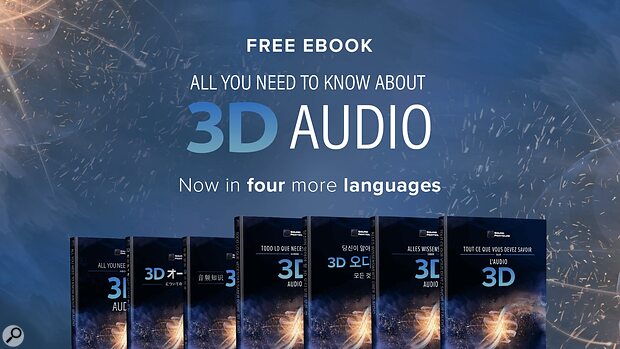 Sound Particles are a company recognised for their 3D audio software, as used by top videogame companies and major Hollywood studios. Their free All You Need To Know About 3D Audio eBook is now available in French, German, Korean and Spanish translations.

After almost 10,000 downloads already of the English, Chinese and Japanese versions, Sound Particles bring four new translations with the goal of helping professionals around the world to transition into the field of immersive audio. In addition, Sound Particles released a YouTube video series summarising the most relevant information on this topic in just over an hour, covering channel-based audio, object-based audio, Ambisonics and binaural.

The goal of this eBook and video series is to give people the initial push, allowing everyone to start working on this new creative field” - Nuno Fonseca, Sound Particles CEO and founder.

You can find out more about Sound Particles and immersive audio in our SOS Podcast with Nuno Fonseca, listen to it here.