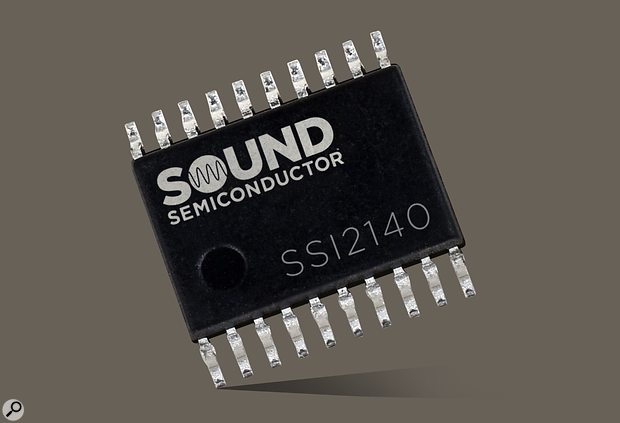 Component manufacturers Sound Semiconductor have announced a brand-new filter chip, based on the classic SSM2040 — a 4-pole filter IC designed by synth guru and Emu instrument designer Dave Rossum, and found in such seminal instruments as the Sequential Prophet 5.

The new SSI2140 apparently keeps all of the desirable properties of the original, but thanks to modern manufacturing methods it can tolerate a wider control range, and adds a host of new features including VCA control of filter Q. The SSI2140 can be configured to act as a wide variety of filter types: low-pass, high-pass, all-pass, band-pass, Sallen & Key, State Variable, Cauer, and more. And while it can't be used as a direct drop-in replacement for the SSM2040, a number of third-party manufacturers are already developing adaptor boards. Indeed, it's even rumoured that one company have already successfully fitted an SSI2140 into a Prophet 5.

The SSI2140 filter IC is priced at $1.18 each (when bought in lots of 1,000), and we suspect they'll start finding their way into production synths sooner rather than later.