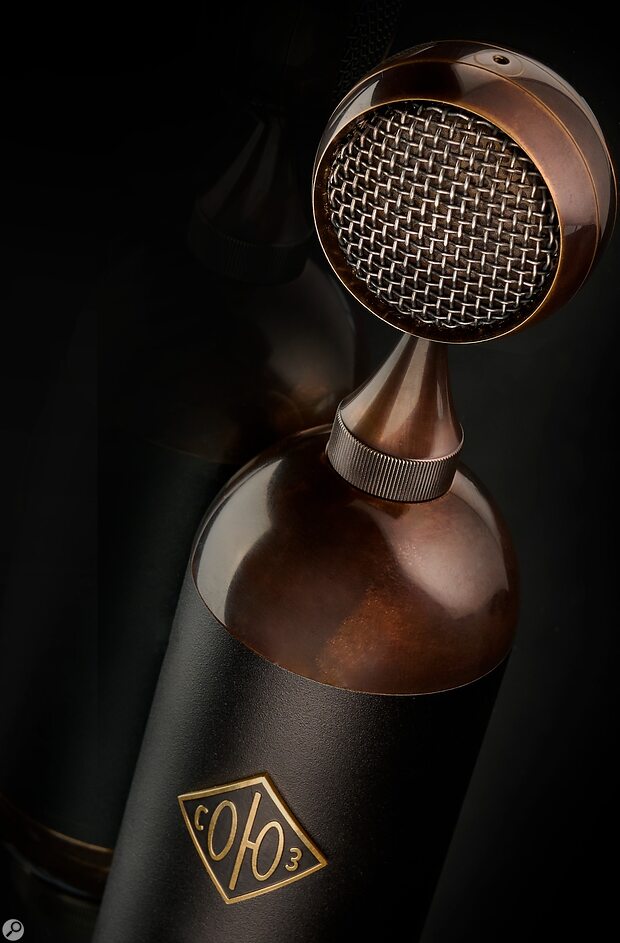 Boutique Russian mic makers Soyuz have released a limited edition of their flagship valve capacitor microphone, the SU-017. Originally released in white gloss, the new special edition — of which only 20 have been made — comes in what Soyuz call 'Brass Black'. The new dark finish is apparently achieved using a process called 'bluing', which both changes the natural colour (and chemical composition) of the surface brass, while also protecting against oxidisation.

While they were at it, Soyuz have also applied the process to 25 of the solid-state SU-017 FET versions. That mic is priced at $1999, while the valve version costs $3999. To order either (or both, if your pockets are deep enough!), follow the URL below, and to read our in-depth review of the valve SU-017, click here.