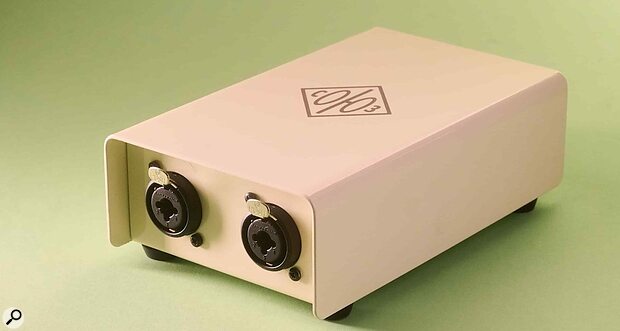 Soyuz have announced the release of the Launcher Deluxe, a stereo in-line preamp and line-level saturator. Based on the company’s Launcher device, the new Deluxe version adds a second channel and two modes of operation that offer a range of new functionalities.

The unit’s two channels are capable of passing either microphone or line-level signals, and feature the same circuitry as the original Launcher, each one employing custom hand-wound toroidal transformers. Unlike some other microphone boosters on the market which are designed to be as transparent as possible, Soyuz say that there is nothing clean about the Launcher Deluxe, which has been designed specifically to impart “colour and vibe” to signals that are passed through it.

A Launcher mode is designed to act as a booster for dynamic and ribbon microphones, and uses phantom power from the destination device to provide connected microphones with an additional +26dB of gain. The second mode, named Saturate, is intended for use with either active microphones or line-level sources, and allows users to benefit from the saturation provided by the device but without the additional gain.

This functionality can be utilised during tracking, but also offers the chance to use the device during the mixing stage to process recorded stems or entire mixes. Saturate mode does not require phantom power, but will pass it on to the connected microphone when engaged. The two modes are switchable on a per-channel basis via the Launcher Deluxe’s rear panel.

Inputs for each channel are provided on XLR/TRS combo sockets, whilst the outputs are available on XLR connectors. 1dB down points in the device's frequency response are quoted at 10Hz and 20kHz, and the current consumption when using Launcher mode is 5mA. The Launcher Deluxe measures 6.3 x 3.8 x 2 inches / 159 x 98 x 50 mm.

The Launcher Deluxe is available now, priced at $599.