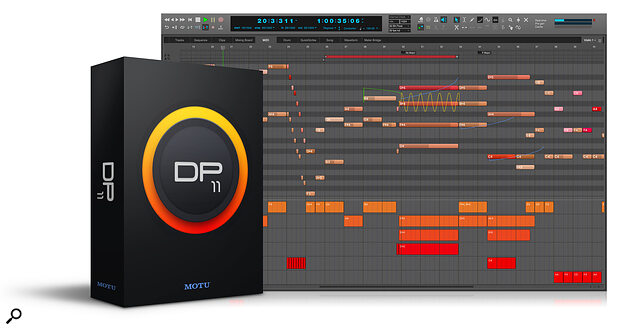 MOTU have just announced version 11 of their long-established DAW, Digital Performer. It's a major update, including native support for Apple's Silicon CPU architecture (no Rosetta 2 required) and Big Sur OS, plus full MPE compatibility, an overhauled sampler, GUI enhancements, and much more.

MPE data (from compatible controllers such as the ROLI Seaboard and Roger Linn's Linnstrument) will now be captured in full, with expressive gestures superimposed over 'normal' MIDI data in DP's Piano Roll view. Alternatively, you can split each note's expression data out to different lanes for editing, aided by a new Scale tool, which lets you increase or reduce the amount of expression in a given CC. All of DP's bundled software instruments, including the MX4 synth, are now also MPE compatible.

MOTU have also seen fit to include Articulation Maps in this latest release, these being particularly useful for staying on top of playing styles in extensive orchestral sample libraries like those from EastWest, Spitfire, VSL and so on. What's more, any articulation you select in the Articulation Map will also be reflected in DP's QuickScribe score editor.

DP users can now engage a feature called Audio Retrospective Record. This essentially gives you a pre-roll buffer, auto-capturing any audio (and MIDI) inputs so that you can recall and save your noodlings retrospectively, whenever inspiration strikes.

Support for hardware controllers has also been expanded, so that you can now trigger clips and scenes, Ableton-style, using Novation's Launchpad and Akai's MPC-style pad controllers, or take extensive control of your mix on Avid's S3 surface, courtesy of enhanced EuCon support. Other controllers for which MOTU have increased support include the Icon Control series, and Native Instruments' Komplete Kontrol keyboards.

There are many more subtle user experience enhancements (resizable channel strips, adjustable font sizes, improved text rendering and so on), but one thing that hasn't changed is the price: Digital Performer 11 costs the same as before, at $499. Upgrade paths are available for owners of previous versions. 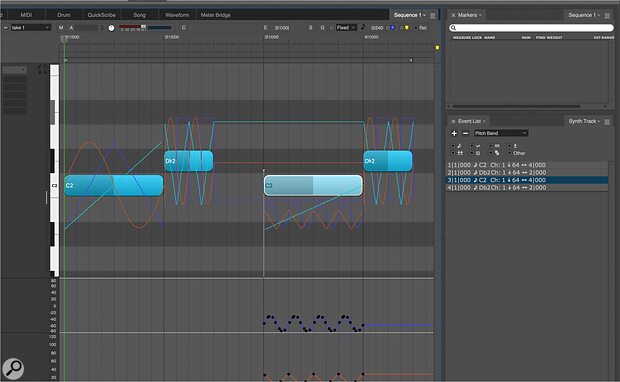