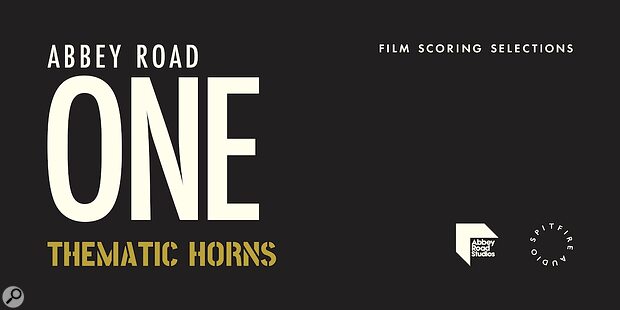 Spitfire Audio have released Abbey Road One: Thematic Horns, the latest addition to their collection of libraries recorded in Studio One at Abbey Road. Available as either a standalone library or part of Abbey Road One The Collection, Thematic Horns features a section of eight first-call musicians recorded in the legendary studio by Grammy award-winning engineer Simon Rhodes (Avatar, Hugo, Harry Potter). 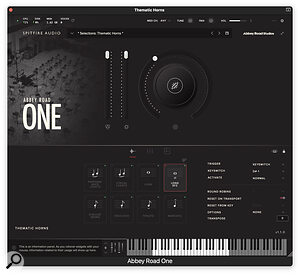 Abbey Road One: Thematic Horns GUITwo different legato patches are included, ‘performance’ and ‘lyrical’. The performance legato features accented attacks at the start of the sustains, allowing for fast runs across every dynamic, Spitfire describe this patch as the ‘plug in and play’ of the two legatos. The lyrical patch features a softer entry, and has been designed to be used for slower lyrical lines. In addition to the two legatos, a further six articulations are on offer in the form of Long, Long Sforzando, Staccatissimo, Staccato, Tenuto and Marcato.

There are plenty of options available for fine-tuning the sound of the library, with two pre-mixed signals, and 10 separate microphone signals are available within the plug-ins mixer for those wishing to craft their own sound.

The library is housed in Spitfire’s own plug-in, and is available in VST2, VST3, AU and AAX formats. NKS compatibility is also provided, allowing advanced integration with Native Instruments’ series of controllers.

Abbey Road One: Thematic Horns is available now, priced at $49£49 Including VAT / 49 Euros.