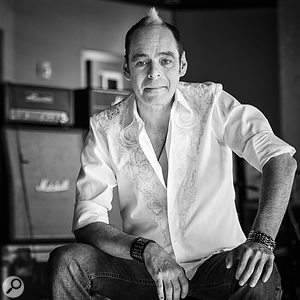 Mix With The Masters have just announced that Tom Lord-Alge will be conducting his first weeklong MWTM seminar from May 19 – 25 at Studio La Fabrique, France.

Tom Lord-Alge is a Grammy Award-winning producer, engineer, and mixer, whose wide-ranging credits include household names like The Rolling Stones, Oasis, and U2, as well as modern rock acts such as Weezer and Blink-182, among many others.

During the week, a group of selected participants will have the chance to work side-by-side with Tom Lord-Alge and have any question answered.

For the first time, Tom Lord-Alge will share his approach and philosophy on mixing, and mix in front of the participants while explaining his process. In addition, attendees will receive individual feedback on their own productions and mixes!

If you wish to apply, you can do so here.