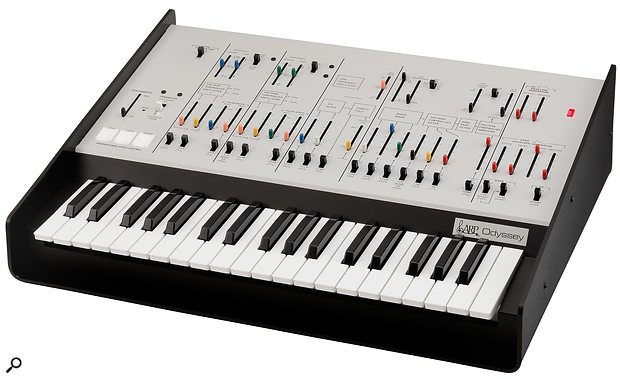 Korg have today unveiled a brand new full-sized version of the ARP Odyssey, two years after it released its first recreation back in 2015. Korg’s first effort at recreating the Odyssey received acclaim from all quarters including our resident vintage synth sage Gordon Reid, who liked almost everything about it — apart from the size. The 2015 model offers convincing Odyssey sounds, additional features not found on the original and a choice of three styles recreating the cosmetics of the MkI, MkII and MkIII versions of this classic synth, but shrunk down to 86 percent of the original size and equipped with a ‘compact slim’ keybed.

Korg have now answered the clamour for full-sized keys with a new, albeit limited-edition version of the ARP Odyssey. Once again available in all three styles, the ARP Odyssey FS is exactly the same size as the original, allowing for more space on the control panel and 37 standard-sized keys. Assembled in the USA under the guidance of ARP co-founder David Friend, the ARP Odyssey FS models will be available in small numbers but otherwise offer all the features of the original reissue, including all three filter types from the original’s three revisions and the newly added drive circuit. The ARP Odyssey FS is set to cost XXX and is are sure to be welcomed by vintage synth fans seeking the closest experience to the vintage real thing. 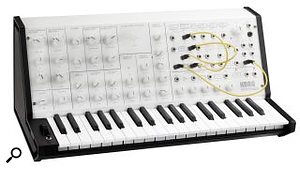 Korg’s Gadget, the company’s 'mobile music studio', which had previously been an iOS app, is also set to make a migration to Mac in AU, VST, AAX and NKS formats. There are more than 30 ‘gadgets’ available in the Gadget ecosystem, including many modelled synthesisers, drum machines, loop slicers, sample players modelled electric instruments, and even audio recorders. More information is expected on the first day of NAMM, January 19th.

Korg have also announced a series of brand new colour variants of existing products — a white MS-20 mini, a Kronos-88 in gold livery and Krome-61, 73 and 88 music workstations in limited edition platinum.