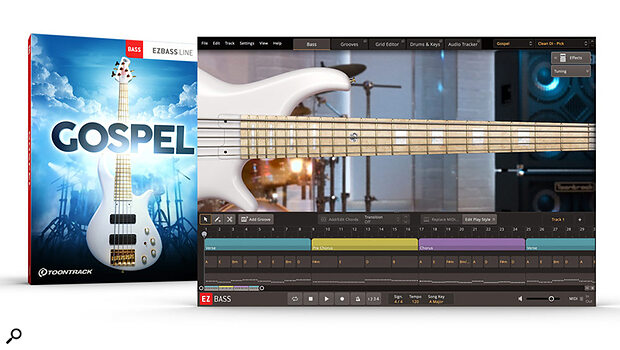 Toontrack have just released an expansion pack for their critically acclaimed EZbass virtual instrument. The Gospel EBX features an MTD USA 535 Andrew Gouche AG5 five-string bass, played in both finger and slapping styles at two different positions — by the bridge and up nearer the neck — to provide either bright or warm tones, respectively.

The expansion is variously described by Toontrack as warm, round, growly and lush, and like the original EZbass instruments, it includes a library of MIDI performances to instantly incorporate into your own productions. It's available now for £58.99, and you can hear it in action in the video below.