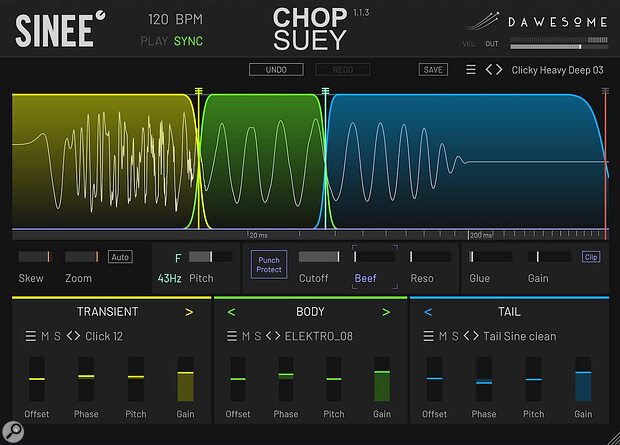 Chop Suey allows users to combine elements from different kick sounds, but takes the approach of sequencing rather than layering them, helping to avoid the problems that can occur when stacking sounds on top of each other. Sounds are split up visually into three sections, Transient, Body and Tail, with the user able to shape and edit each one individually without affecting the others. The built-in filter has been designed specifically for the task at hand, featuring an extremely fast reaction time to avoid introducing any artefacts, even with rapid changes to cutoff or resonance controls.