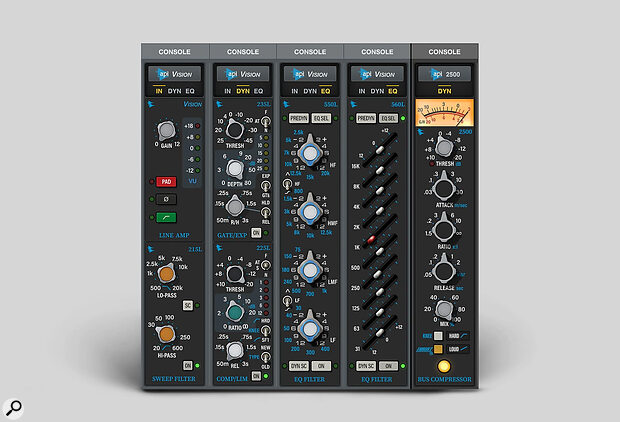 Universal Audio have released a major update to Luna. Version 1.1.8 introduces a complete “end to end” console emulation to their UAD-powered DAW, namely that of the legendary API Vision.

Priced at $699, the API Vision Console Emulation expansion includes models of that mixer's preamp, its EQs (both the parametric and the iconic horizontal graphic EQ), the channel dynamics (compressor and gate) module, high- and low-pass filters, the revered 2500 bus compressor, and even its summing circuits. As with all processing in Luna, you can choose to use the UAD DSP power to run it in low-latency mode for tracking, and then switch to native processing at the mix stage, where the latency incurred is less of an issue. 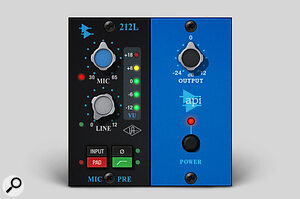 UA API 212L.As well as updating Luna, Universal Audio have also brought their UAD platform up to version 9.14, which, as we've come to expect from UA, brings with it a host of new DSP plug-ins. This time, they're introducing a new API 212L preamp emulation, which works with the Apollo series' Unison variable impedance preamps for accurate input stage behaviour, as well as an updated version of their API Vision Channel Strip, which offers the same input conditioning and EQ/dynamic processing as the Luna console emulation.

Finally, UAD v9.14 introduces the C-Vox Noise & Ambient Reduction plug-in, which is specifically designed to clean up vocal recordings, and allows you to suppress noise as well as reduce recorded ambience.

The UA API 212L plug-in costs $149, the API Vision Channel Strip is priced at $299, and the C‑Vox plug-in will set you back $349. Trial versions of all of UA's new software are available at the link below.