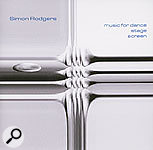 John Gummery (JG): "I found these compositions a bit simplistic and naive. The first track has just a very simple four-note motif, layered up with some other orchestral instrument samples. You can get away with that sort of thing for a cheap corporate soundtrack which is going to be played in the post office, but the title shown on the CD display is 'Love Theme' and it certainly doesn't get very emotional.

"If he wants his music to appeal to the film industry, it has to have higher production values, and the music needs to develop far more. Also, if these tracks are just samples of his compositions, and the really good stuff comes later on in the full-length pieces, then he's edited out the wrong bits! As this is a demo, he could always edit together the best bits to make a showcase of his ideas."

"I was put off by a strange buzzing, grainy sound which is evident at the start of the first track on the piano and the plucked instrument sample. I heard it again on the double-bass sample on one of the later tracks. That buzz is distracting because, with something like this, which is trying to be emotional, really pure sounds are required. You can do it with samples if they sound good, but these sound synthetic. This may just be a symptom of the software sampler that he's using."

Matt Ward (MW): "To me, this sounds like really poor TV production music. There is very little to it, it isn't particularly emotional and it's tinny and distorted in places.

"If he wants to progress, he needs to start approaching production houses, probably libraries, because he certainly won't be able to sell this commercially as it is. He also needs to start theming the tracks much more accurately, because 'Love Theme' is not very descriptive of the first track.

"The music is quite discordant in places, which could be off-putting in an audio-visual environment, so he needs to be careful about that too."

Slim (S): "These tracks are like bits of incidental music, so they don't sound emotional enough on their own. Judging by the letter, he has a broad spectrum of influences, but none of those are evident in these examples. Strangely, that can be a plus point for TV, where the music shouldn't be too distracting from the visuals."

Phil Legg (PL): "I'm very impressed with this demo's production. All the tracks are of a very high standard, but the third is my favourite. I especially like the question-and-answer vocal effect he has used in the middle as a change from the prevailing vocal production.

"The first track has a complicated structure and rambles on a bit. I don't know if this person is very young or new to songwriting, but I quite often find that people try to be over-complicated early on in their career because it is really difficult to make something look simple.

"I'm not sure who might pick this up for release, but I can see that this is someone you could work with on an album project. It has a touch of The Rocky Horror Show about it, and parts of it are also a bit like David Bowie. It's not up to that standard yet, but it might get there given time. I think there is a global market for this material."

S: "The vocals are interesting and I quite like them, but I think he would benefit from having a real band playing the material, especially for the first number. The programmed drums are a bit stilted for my tastes, and the bass sounds like it is an overdub from a different ambient environment. I also can't hear any musical references from the last 20 years, which I found a bit depressing."

MW: "I think this is quite retro-sounding, too, and perhaps it would be much better with a band, because it has quite a classic song structure, with drop-downs and crescendos to the huge theatrical choruses.

"The levels need sorting out, and the balance between the electronic sounds and the guitar overdubs needs work. The tracks are also rather weighed down by their big intros.

"The singer's voice is not bad, and the material does have commercial potential, but I think he will have more success as a songwriter for other artists. There are no details and no indications of style on the CD, so we don't know what this person is about or what they are looking for. He would benefit from some collaboration if he hopes to develop the electronic aspects of these compositions."

JG: "I want to see more of a personality behind this music. If you could get a well-known personality to sing these songs, then I'm sure the tracks would work as album material, and as singles too in some cases, but I don't know who this person is, and that anonymity doesn't match the big production. The vocals have a sort of American rock style which has been around a long time.

"I like the third track, though, and I am especially impressed with the risks he has taken in the middle eight: it starts off as one thing with quite a lot of depth, before going somewhere else. But he's not necessarily going to have hit single with something so adventurous.

"I think he has quite a lot of potential, but I also wonder if he is better suited to songwriting than performing."

MW: "I think this is an attempt at garage and drum and bass. But it is lacking in any dynamics, rhythm or structure. It sounds like he has just learnt how to use his machines and is playing around with them, and he loses the plot along the way. I have no idea what he is trying to do with the orchestral samples. A mix-and-match approach to composition can certainly work, but it doesn't in this case."

JG: "I found myself waiting for a female R&B voice to come in and sing a song, and it never happened — it is just a backing track.

"The orchestral loops change tempo whenever they change pitch so it has a strange push/pull effect on the rhythm. The effect is quite avant-garde, but I don't think it fits with this kind of music."

S: "I quite like the noises and the cut-up string samples. The trouble is, it all sounds like a song intro, but then nothing else happens. So it's only alright for about 20 seconds — then you want to be hit with the song."

PL: "The cover is the one thing I liked, but I think the way the strings are used is horribly unmusical, and they don't work in an avant-garde way for me, either.

"Together with the CD is some blurb in which he says 'I am a South London producer, I like to use all influences, I think a musician should be open minded,' and, 'expect the unexpected.' I think he has delusions of grandeur. He should go back to basics and compare this track with the sort of music he is talking about."

John Gummery is the course leader for the BA in Music Technology at Thames Valley University in Ealing, West London. His teaching and research interests cover digital broadcasting and surround sound recording and mixing. As a bassist he played with several bands in the 1980s before serving as a recording engineer at numerous London studios. He also set up and ran his own studio in Clapham called The Music Womb for three years. John also works on his own compositions and production work.

Phil Legg comes from a production background with credits including many UK soul artists such as Terence Trent D'arby, The Pasadenas, Desree and Beverley Knight. His remix credits include De La Soul, Lisa Stansfield and Eternal. Phil has recently set up a new urban soul record label and publishing company called Futureproof. News of their latest releases can be found at www.futureproofrecords.com.

Matt Ward worked for the MCPS as a music licensing consultant before moving to kickin Music in London, where he heads their music publishing arm, Haripa Music Publishing, and works with their five labels. kickin/Haripa's catalogue and writers include Chiller Twist, Solid Groove, Kings Of Tomorrow, Deep Dish, Decoder, Blaze, Future Disciple and Black Grass.

Slim started his musical career as guitarist in punk band The Fringe and served as lead singer/guitarist in The Pleasure Thieves. Today, Slim is one half of electronic duo Chiller Twist, who are proponents of the DIY music ethic, selling their own music through their self-made web site at www.chillertwist.com. They have remixed for dance labels Positiva, Perfecto and Combined Forces, and have licensed their own work for compilations around the world.