Sam Stubbings (SS): "There might be a DJ out there somewhere who would play this, but I think he's got 30 of these records already. He's got this track a hundred times, and he's had it since 1995.

"If you're going to release tracks like these, then they have got to have something that will make people in 2004 take notice. He says in his letter that he's interested in off-beat noise. I can't really hear any off-beat noise to be honest — but maybe that's something he could work on to give it that extra element. It just sounds like synth presets at the moment. It needs something new and original, to make it more than just another house track that people already have in their record bags."

Barry Sage (BS): "Of the material in this vein that I've heard and liked, there's always something there that makes it original. The second track starts with a couple of minutes of percussion, and if I was him I would have maybe been tempted to put some sort of organic sound in there, or just have a bit more interplay between the rhythms he's using. It seems to be very straight, there's no variation." 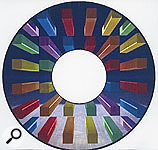 Nikolaj Bloch (NB): "I usually like more traditionally styled songs but if this track was on the radio when I was driving I would probably enjoy it just because of the simplicity of it. It's quite pleasant but I don't think that it's particularly unique in any way.

"He says in his letter that he spent eight weeks working on these two tracks. As a programmer I think I would find it extremely frustrating to spend so much time on something that changes so little."

Andy Rogers (AR): "I think the second track is more interesting than the first. Simplicity is a good thing with this type of music, but I do think the production is very basic. I think a lot of the sounds on this have come straight off a sound module and they don't really change or develop during the tracks. With a minimal track like this every sound's got to count.

"There are DJs who receive stacks of this sort of stuff every day: what happens is they put the record on and skip through the intro, middle and end and if there's nothing that grabs them in the first few seconds it's straight onto the next one. It might be quite easy to miss this one."

AR: "I think both of the tracks on this demo are very hard to place. I can't really tell if it's supposed to be house, soul, R&B or something else. The first song could work as a soulful house track if you took the vocals out. There's a part with a rap as well, and that just doesn't seem to fit in with the music at all.

"It's hard to know what to suggest with this because it's so difficult to tell what sort of style they're aiming for. If they are trying for a deep, soulful house sound, then they should try listening to some of the things on Naked Music: artists like Blue Six and Andy Caldwell. They're the closest thing I can liken it to."

SS: "I agree: with both of these tracks it's very hard to know what they're trying for. The second song sounds like a house track but then it breaks down into a sort of murky piano jazz section for a bit. If it's a club track that won't ever work, because it's not building and it's not going anywhere. So I think they're slightly mixed up as to what they're doing. It's not quite house and there just aren't strong enough melodies for them to be pop songs.

"They say in their letter that this is the first demo they've done. I think, despite that, the production is good — everything seems fairly well balanced."

BS: "Out of the two songs, I think I probably prefer the second one. I think it has quite a European feel to it and it seems to have more commercial leanings than the first track. That said, though, I think it could have been much more full-on. It keeps breaking down and doesn't really build up enough momentum. They could really do with a stronger melody or hook to keep your interest. At the moment it sounds a bit like a dub version with the key element missing. If they're pitching for pop songs, then they've got to catch the listener's attention in the first 10 or 20 seconds with a big intro.

"I think she has quite a pleasant, workable voice, although there are lots of other people doing the sort of same thing. I do think they should keep working at it though."

"Also, they've put their photo as a file on the CD-R, which isn't too useful for us right now because we can't look at it while the demo is playing."

Through The Square Window

BS: "I think this is quite interesting, although it does take me back to my 20s. I think the Playschool reference suggested that it might. The first two or three tracks remind me of that early '80s era — bands like Bauhaus maybe. I don't know if it would succeed commercially in this day and age, but it'd certainly appeal to a select audience."

AR: "There's something about the lyrical side of this that reminds me of artists like Nick Cave and Jarvis Cocker.

"Again, I'm not sure about the order of CD. I think I would have put the last track first and the third track second. It's been well recorded though, and the packaging is pretty good. On the down side I think it is a little bit complicated and maybe track two is a bit self-indulgent. I think the fourth is my favourite because it seems such a departure from the others. " 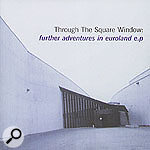 NB: "I'm not sure about the level of the vocals on the first two tracks. They seem quite low in the mix and then suddenly, on the third track, you can hear them. Maybe it's because some of the synth sounds he's using are in a very similar range to his voice.

"He says in his letter that the last track was less programmed than the first three, and I think I like that one the most — it seems so much more natural than the others."

SS: "I can see that he's going for something original but I'm not sure that his voice and songwriting style suit the music. I don't think combining a slow, deep vocal with a house beat is going to work, no matter how original it is. I thought all of the tracks had the same synth sounds and there wasn't much difference between them, but I really liked the fourth one because it sounds quite fresh.

"I'd love to hear him working with someone who's a very serious programmer, because he's obviously quite a serious songwriter and very committed to lyrics and to original ideas. I just don't think he's quite good enough with the production to be a one-man band."

Barry Sage is a freelance producer and engineer. He specialises in Latin music and is well established in Spain and South America for his work with pop acts La Oreja de Van Gogh and Melon Diesel. As an engineer he has worked with a wide variety of artists, including New Order and the Rolling Stones. Recently he has been involved in the creation of a sample library of Cuban percussion (Beats Working — In Cuba) for Zero-G and Native Instruments. A full list of Barry's work can be seen on his web site at www.barrysage.co.uk.

Sam Stubbings is the Senior Producer for the DVD division of Metropolis. He began his career five years ago at Abbey Road and has since worked with artists ranging from Paul McCartney to Muse. More recently he has produced both the first DVD single (Bjork's 'All Is Full Of Love') and the first commercial DVD-Audio disc (Holst's The Planets). He also has his own act, Redstar, who are currently recording an album and gigging in London.

Nikolaj Bloch is a freelance engineer, writer and programmer with almost 20 years experience in the music business. As the guitarist in the band Subcircus, he played all over the world until their split in 2000. Since then he has worked as a programmer and soloist on several major Hollywood films. He has also written for a range of artists varied enough to include American country singers and Jimmy Somerville. He enjoys spending time writing and collaborating in Nashville throughout the year.

Andy Rogers is a producer of production music for BMG/Zomba. After graduating with a degree in music from Kingston University he spent a year as an engineer in a Hammersmith studio. Following a six-month stint at Abbey Road he joined BMG as an office junior. A year later he was producing albums of production music for TV, film and radio. Having left BMG to join Zomba, he was reunited with his former colleagues two years later when the companies merged.