Kelley Dolan's album is one of flawed brilliance. For instance, the opening track clearly demonstrates that fiddling with the effects on the vocal too much can detract from the performance itself. Granted, this is meant to be a dramatic and even theatrical number, in keeping with a CD cover that proclaims "The new musical thriller 'Bedtime Story', a postmodern nightmare starring Kelly Dolan", but her voice is good enough to carry the story without such exaggerated use of effects. Her vocal performance on this first track borders on the manic, sounding remarkably like Kate Bush in places, especially when treated to gated reverb and heavy compression. On track four, the vocal is left to do the job without any of these extra props and is much the better for it. Even so, the opening track is a remarkable piece of work — a true attention-grabber that wouldn't seem out of place in a theatre, on a video, or even as a backing for a performance from the likes of Cirque du Soleil.

The second song on the CD clearly demonstrates just how good Logic Platinum 's compression plug-in is, with a vocal that's way up front in the mix and heavily treated. The downside to using such an aggressive compression setting is the increase in sibilant hiss it causes, especially when played back on small speakers. It also tends to isolate the voice in the mix by giving it a particular artificial tonal identity which the backing (which is not so heavily compressed) does not have. However, as a production decision, I think it works well and emphasises Kelly's over-the-top vocal delivery while simultaneously dealing with the variable dynamics such a performance inevitably produces.

Moving on to the third track, I am perplexed at the decision to avoid the use of any simple backbeats on a song where the backing should clearly be a vehicle to carry the voice. The programmed drums are pretty stiff, with too much reverb, and the ride cymbal work in particular doesn't warrant being so high in the mix when it clearly lacks any swing. However, this is a track which is rescued by the truly excellent string and piano parts. The combination of real instruments and programmed ones teeters on the verge of chaos but ultimately remains under control enough to support, once again, a superb vocal delivery.

It's very tempting to over-use effects like reverberation and delay, which can make a big difference to your mix. This month, Indra have used a lot of such processing but have made it into an integral part of their sound by using low-bandwith reverb and delay to create a dark, moody soundscape. Elsewhere, Kelley Dolan has deliberately gone to extremes with some manic changes in the delay and reverb effects on the vocal within one song. I've said I thought it detracted from the vocal, but she obviously feels that it enhances the atmosphere of the piece. At this point, it becomes a matter of taste.

What is clear is that both artists are using the effects in an obvious (as opposed to subtle), but creative way. This is a different thing to having a poor effects balance between wet and dry signals (like too much reverb on the toms on one track of the Colors' CD), or a bad choice of effect (like One Week Of Days' overly long reverb on a drum loop, where the reverb decay runs into the next bar and muddies the sound). These simple technical errors are so easy to make because your brain switches off to them as you run and re-run the song working towards the final mix. I recommend taking a break before making that final pass. Have cup of coffee, read the paper or go for a walk. When you come back, those little errors will be glaringly obvious!

This CD was recorded at the band's own studio, and released on their own Glasgow-based record label. The first thing I noticed was the crispness of the snare sound and the slightly artificial high-frequency content of the mixes, both trademarks of the Aphex Aural Exciter. I had one for years, and there's no hiding its character if you don't use it sparingly. Quite a lot of commercial recordings sound artificially boosted in this way to make them sound good on smaller speakers, as this recording undeniably does (as my studio ghettoblaster will testify!). On larger speakers, however, I find the effect a bit tiring on the ears when used on the whole mix in post-production, but as we all know, there are a hell of a lot of ghettoblasters out there!

I enjoyed the '60s guitar sounds, particularly the Byrds-esque 12-string line on the fourth song. This has the sound of ADT (automatic double-tracking) about it, which suggests that it's a six-string electric guitar run through a pitch-change effects patch that can't quite process the signal fast enough to avoid introducing a delay. And yes, you can hear the pitch-changer glitching slightly if you listen hard enough. However, I rather liked this element to the sound, which is a heavily featured melodic riff throughout the song. 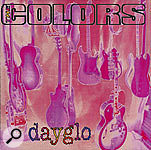 In contrast, I wasn't quite convinced by the acoustic guitar sound, which has too much of the percussive attack of the plectrum against the strings and not enough of the notes themselves. I always think that you need a balanced mix of both elements to the sound, otherwise the guitar ends up sounding like it's a percussion instrument, and any timing discrepancies with the backing track become really noticeable. Miking too close to the strumming hand and using a particularly light plectrum will result in this overly-percussive sound. There's also the possibility that the Aphex Aural Exciter was used during the recording, which would certainly accentuate this area of the frequency range.

Another song which comes across especially well is 'Let Me In', with its Beatles and Squeeze influences. This starts promisingly with a very good vocal and basic chordal damping on eights on the guitar. I especially liked the decision to keep the vocal very dry, emphasising the excellent tonal character of the singer's voice. However the decision to slap loads of reverb on the rather artificial-sounding toms doesn't really work. These need a fatter, drier sound, but everything else about the track is well arranged and produced — even the fact that the tempo speeds up alarmingly is quite refreshing in an era where such things tend to be dictated by the computer. 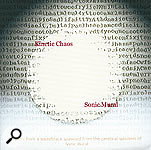 Far from the chaos suggested by the band's name, this CD is a pretty well thought-out slice of electronic music aimed at TV and other broadcast media. The opening track relies heavily on a very short delay applied to the drums, giving it an almost industrial edge. You can get the same type of sound from a reverb program with coarse early reflections. The same effect is sometimes applied to the spoken male vocal, although I preferred the short, almost gated reverb which gives that vocal its own identity and purpose in the mix. The second composition is a little more experimental and, technically, sounds a lot better. I'd put this down to the choice of sounds, especially the drum loops and piano, which are of a higher sonic quality. It's a piece that is fairly short but suitable for presenting to the TV and media people if the band can network and get the right contacts.

One Week Of Days

A combination of simple but well-worked grooves and slightly spiky guitar are the perfect foil for the beautifully lightweight vocal delivery of Jan Murphy. Yet occasionally the guitar is too dominant at the expense of the vocal — for example, towards the end of the first mix, it becomes difficult to hear the words. Elsewhere, Bob Murphy takes the lead vocal, and I must say it's nice to hear an album where both lead vocalists have complementary, gentle styles. As for the sound, I'd like to hear a bit less reverb on some of the mixes. The third track, for instance, kicks off with an unsuitably long reverb on the drum loop — the reverb sounds like it has really been set up for the voice. And, in fact, the track would actually sound better with hardly any reverb at all. There's also a slight issue with the drum parts, which tend to be 'one loop wonders'. They could do with a few fills here and there, or even additional percussion loops. However, where this duo really shine is in the feel of their music and that's something which comes across very well on this demo. 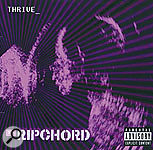 I reviewed a Ripchord demo in September 2002, and commended their recording for capturing a 'live in the studio' feel, but suggested that they aim for a slightly more polished production and work on getting a more punchy sound in post-production. This demo shows a big improvement and, although they probably won't welcome the comparison, it would generate some interest from any record companies searching for their own version of the Darkness. It's inevitable that the falsetto vocal will be associated with that band, but vocalist Ross Towner also shines when using the lower range of his voice. The second track has the best balanced mix of reverb (they previously had a tendency to use too much) but these mixes are shockingly energetic and punchy too. I loved the use of double-tracked guitars and also the high level of the guitars in the mix, which contributes greatly to the energy I just mentioned without competing with drums or vocals for space. It's a very strong CD and a band like this would surely be very exciting to see live if you're into no-frills rock music. Excellent! 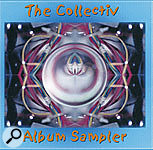 This is a very good CD with just one technical hiccup. The bass on some of the mixes has so much low-frequency content that it's practically inaudible on small monitor systems. I recall an article on recording bass lines in which Paul White suggests adding some upper-frequency harmonics to bass lines for just this reason — after all, the music isn't just going to be played in clubs with speaker systems capable of reproducing these kind of sub-bass frequencies. One technique he suggests even uses a touch of distortion to add upper harmonics to the bass, but in this case simply opening up the filter would do the trick. Generally, though, the eclectic mix of drum & bass, dub and ambient jazz is well handled in all departments, although a better microphone would give Laura Lambell's vocals a bigger, more professional sound.

Based in Lancashire, this band got a review on merit despite sending no recording details — usually a statutory requirement for this column! I was swayed by the fact that it's self-produced, with a melancholy quality in the same vein as Radiohead and Jeff Buckley. My only criticism of the opening mix is its high drum kit level at the expense of the keyboards, particularly the piano. A fairly sparse instrumentation is expanded into wide stereo by the use of big reverbs and delay treatments but all are well balanced in the mix to create the required dark, brooding atmosphere. This would require some careful programming and listening to the detail of the reverb and delay effects, which become almost as important as the instrumentation itself. The second track gets more trippy, with some particularly good work on the effects, like the compression pumping on the drums, long feedback echo on the vocal and use of looped delay to catch some of the vocal phrases. It also features a rather fine bass line, simple but effective and with just enough extra notes to lift the dynamic when required.