Business End enables you to have your demo reviewed by a panel of producers, songwriters, musicians and managers drawn from the MPG (Music Producer's Guild).

Mark Irwin (MI): "In his letter he says he's a sound designer, but these tracks are very sterile. He calls it 'intelligent breakbeat' but I don't think it is intelligent in any way. I hear loads of this sort of work from students, and quite often it gets failed because the students are not pushing themselves. This demo does have professional sound qualities, but in terms of composition, anybody with a sequencer could do it. 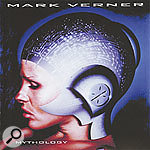 "I do enjoy dance music, and when it is really good the hairs on the back of my neck stand up, but I think they were going down when I listened to this, and my toe wasn't tapping."

Chris Thorne (CT): "He also calls his music 'intelligent, melodic breakbeat/drum & bass', but it leaves me cold. I can't hear any original sounds in these tracks; everything sounds as though it has come directly from a synth preset, with very little processing — which isn't sound design. I don't even think the tempo was quite right for the dance market.

"As a film or a TV soundscape, it actually works on one level because, in some circumstances, you don't want the music to distract the viewer from the visuals, and this music won't distract you from the images because it isn't emotional or dynamic.

"In fact, you can hear this sort of music all over film and TV soundtracks at the moment, from The Matrix to BBC1's series Spooks, and that is where he should aim this material.

"I just wish he'd used a real vocalist instead of the Asian sample, because that would provide much more life and feel."

Haydn Bendall (HB): "This music is the same as so much other contemporary TV music. It's fine if he just wants to be fashionable for the next few months, but I find myself wondering how many more times we are going to have to hear filter sweeps like that.

"As a piece of music it's not scary, it's not beguiling, it's not entrancing, and it is very two dimensional."

HB: "I really did enjoy the maturity of the first track and I loved the feel of the drums. The co-writer and producer, Andy Black, sounds like a talented individual.

"The singer sounds fantastic on the first two tracks, but on the third track she sounds really uncomfortable and her phrasing is very odd. The drums don't sound as good either, so I think they had trouble with this track in several ways. They are obviously very experienced so I'm quite surprised they weren't able to fix this third track, or able to make the decision to scrap it. Overall, this track sounds like a production with a session vocalist."

CT: "The first track demonstrates emotional and artistic confidence, but the third track comes across as artistically apologetic. The second track shouldn't have followed the first because they are in the same key, and that makes them sounds very similar."

"The fourth track does something very interesting in terms of songwriting, because it is pulling the rhythm of the lyric across the bar lines. It's not just four beats and four bars, and that's refreshing to hear in this Business End session.

"I would get rid of the third track and cut this to a three-track demo."

MI: "I think both the second and third tracks are weak in comparison with the first one. Track four was building to be as good as the first one, so it's a shame it is the fourth on the demo.

"She's a great singer and the tracks have a nice feel. I really like the photographs, too, because they look professional and it appears as though she has really thought about her image."

Andy East (AE): "They would be better off presenting a CD of just tracks one and four because, as it stands, the danger is that A&R might not listen as far as track four.

"Their letter has a friendliness which we've responded to before in Business End. It is quite warm and engaging and it drew us into wanting to read about them. It isn't pretentious, it's not saying 'we are this good.' It includes information about the techniques and instruments used and how the drums were recorded. What's more, it's the classic single piece of A4 paper." 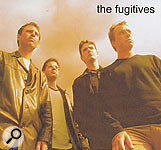 MI: "I picked this demo from the pile because the cover photograph was awful and I wanted to find out if their music was similarly bad or not. I was actually expecting it to be pub rock, but it is pleasantly surprising. In fact I really enjoyed this demo, and particularly the first track.

"They are a very English-sounding band and they remind me a lot of the music I grew up with. They are producing songs with hooks, which is refreshing.

"I like the fact that they have a complete disregard for the technical side, as is shown by some of the sounds they've used; the snare on the third track we listened to is a good example, but I think it is a deliberate production decision."

CT: "The thing they need to improve is their song structures — we were about to hit fast forward during the first part of one of the songs because it still hadn't got to the chorus after quite a while, and we didn't know if it was coming at all.

"The first track is fantastic but I was bored by the piano intro. They should chop that because it's irrelevant to the rest of the song.

"I particularly like the fact that it doesn't apologise for what it is, which shows they have confidence in what they are doing, and that is continued throughout the whole demo. There is also a sense of fun in both the music and lyrics.

"I don't think this music is too derivative, although that might be because I'm too young to remember their influences, but that is also why there is, possibly, an audience for this sort of thing today. The Thrills are creating a very similar sort of sound. They've got to work on the front-cover image. though!"

HB: "I liked the fact that this is unashamed pop music. The sound of them playing together as a band is quite exciting and it is completely unpretentious, but their song structures need to be more dynamic."

AE: "If they were around 25 years ago they would have been signed to Stiff Records.

I won't knock the fact that it is derivative — most things are — and I wouldn't want to take any of that away. They probably just need to work on the structure of the songs to make them a little more commercial, and then it might happen for them.

"It reminds me a little of Elvis Costello, but it's worth remembering that Costello was produced by Nick Lowe, who is a master of putting together a three-minute pop song, so I think a sympathetic producer could help The Fugitives with their song structures.

"I do like their sense of humour, they are having fun, and that is exactly the attitude that is missing from a lot of the industry at the moment."

Mark Irwin has worked as a freelance sound engineer and producer for over 17 years. He cut his teeth as a live engineer on many worldwide concert tours, but later became MD of West London's Straylight Studios for seven years.

In recent years, Mark has been involved with the development and delivery of the Music Technology BA, the Music/Multimedia Technology Foundation Degree and, most recently, the development of an MA in Audio Production at the London College of Music and Media.

Chris Thorne: A professional producer songwriter for eight years, Chris is part of Rinkydink, a UK-based songwriting, music production and remixing team working across all music genres. Current projects include producing exceptional unsigned bands, film soundtrack work and songwriting, and production for major-label pop, rock and urban acts in the UK and the US. Chris is a Director of the MPG.

Haydn Bendall worked as a piano tuner for Steinway & Sons before being employed at Abbey Road studios for over 17 years, including 10 as senior engineer. In addition to working with artists such as Fleetwood Mac, George Martin, Elton John, Damon Albarn and Hans Zimmer, Haydn has collaborated on several musicals with Eric Woolfson and has made extensive recordings with all the major London orchestras. Today, Haydn is a partner of the UK production company DAT Productions.

Andy East, a former engineer and session player, is Managing Director of a London-based Artist Management/Consultancy called Hip-Hop Cow. He regularly attends and chairs industry panels and seminars for a number of clients, including The British Academy of Composers & Songwriters (BACS). He is also a consultant for several labels in Europe and the UK. Andy is currently Chairman of The Music Producers Guild.

Many thanks to Phoenix Sound Studios who hosted the session. The MPG's web site is at www.mpg.org.uk