Carl Cox's latest album is available only to those who purchase a uniquely coded USB pen drive. Is this an idea that will turn the tide against file-sharing? 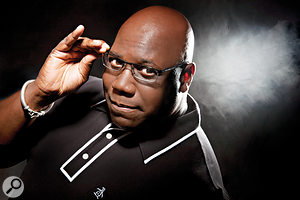 Readers of a certain age will be familiar with the 'Home taping is killing music' slogan, developed by the BPI in the '80s when millions of record buyers began copying their music onto cassette for their mates. The industry easily survived the cassette-tape threat, but has not yet found a viable solution to the problem of digital file-sharing.

DJ Carl Cox's album-on-a-USB-stick idea might or might not be the answer, but that's a gamble he's prepared to take. "I think it is a good idea, but whether it will catch on I don't know,” he admits. "I'm not inventing the wheel, but I've been given an opportunity by the company that's helped set this up, so we've all got our fingers crossed and hope that it goes well.

"I think someone has to make a stand, for artists' sake. I'm testing the waters, really, but already some major record labels have come to us and said, 'Wow, that's a fantastic idea.' And if it is the first and last one that ever comes out, at least I have given it a shot. At the end of the day, I have stood up for what I think is right, based on being an artist who is creating music for people to enjoy outside of my DJ'ing.” 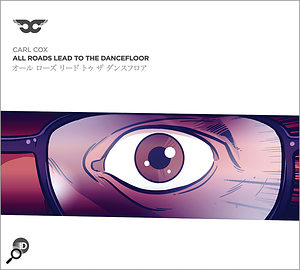 Will Carl Cox's 'album on a stick' prove a carrot to the record‑buying public?

Carl's fourth album, All Roads Lead To The Dancefloor, is available only by purchasing a branded 8GB USB stick from his web site for £20, plus the cost of a small-package delivery. Each buyer is allocated a code that enables him or her to download the album onto their stick, together with additional content such as live performances, video footage, extra demo tracks and other related media. Material for the stick will be released in stages, spread over a six-month period, commencing with the 14-track album and six demo tracks, followed later by the live performances and tour footage. At the end of the six-month period, new downloads for that particular stick will cease to be issued.

All told, the initial £20 is probably going to work out as good value for Carl's fans, but one problem with such a project is convincing people to pay upfront for something they are to receive later on. Carl hopes that owning a physical thing, even if it is a USB stick, will be enough to tempt people.

"I want people to have something in their hand, so they can say, 'I have this album which represents where Carl Cox is right now. I've bought into that. It is mine, not something I've downloaded for nothing which I'm going to share to all my friends for nothing, and at the end there is nothing because it got deleted or lost.' There is no substance to that — there's nothing!

"Many years ago, when you bought an album, you treasured it. You'd open it up and smell the vinyl, put it on the turntable, dust off the needle, put the first track on, sit back and say, 'That's what I'm talking about!' I really miss those days, but we are in the 21st Century, and the closest I can get to that feeling is having something tangible that plugs into a computer.”

Carl believes that the stick has the potential to be an object of desire in its own right if it is presented in the right way. He also believes that it is something fans might wish to carry about with them, to play and display wherever they go.

"I used to carry records, now I use a USB stick, so I am used to having them around. You can have it on a chain around your neck or on your keys, just in case you want to download something. Obviously, file‑sharing is the reason why these things exist, but this is Carl Cox branded. You will be able to store other music or data on it too if you want, but it will get pretty full. The stick can be played wherever a USB stick can be used. You can go to anyone's house and play it, but you can't share it because it is coded, and if you lost it you'd have to buy another.

"I'm trying to get people used to the idea that if something is on a USB [stick], they can collect it. Certain things used to be collectables, and that's been lost. When things went from vinyl to CDs, you still had your collection on your wall and it was great to see a beautiful CD collection. People took value in that, but if you look at my iTunes inbox, that's not sexy! You don't have anything tangible. It is all WAVs, AIFFs, or something you stream through your computer, and that's the end of it. We are so used to that that we have forgotten the reason why we buy into these things in the first place. We are racing into the future, and I'm trying to pull it back a little and get people to realise the reasons why they are pushing the Buy button.”

It has been six years since Carl's last album, but there is good reason for the delay. In that time he has moved to Australia, taking his studio with him, and has been so busy DJ'ing that there has been little opportunity for recording. Above all, though, Carl wanted to produce a high‑quality product, but could not see how he would get a return on the investment, given the state of record sales. Only now, armed with the USB album concept, has he found a way to potentially claw back his outlay.

"The problem is that most artists can't afford to make their album,” says Carl. "What you used to do was find enough money to hire a small studio and pay for a few musicians and engineers to make a demo. If you made a really good demo you could take it to a label like RCA, Columbia or EMI and they might say, 'OK, we think there is water in your well, we'll give you 100 grand. Now go to a proper studio and make a really good album.' That doesn't happen any more!

"I've had to put my hand in my pocket, go to a fully fledged studio and work with two amazing producers to make this album. I've not spent 100 grand, but I've spent a lot of money, time and effort. If I made this album three years ago and put it out on Beatport or iTunes it would have been like, 'We like track three, or five,' and that would have been the end of it. I would have spent all that money and the return would have been absolutely nothing. This is one of the reasons why it took so long for it to get to this point.”

For Cox, it is not enough just to make a couple of viable singles and package them alongside 'filler' tracks that are destined to be forgotten. "I can't just knock up an album,” insists Carl. "That would mean I was just doing it to keep my career in the eyes of the public. Most DJs make 12‑inch singles rather than albums, and they make them as commercially accessible as possible. They want MTV to pick them up so that they get worldwide acclaim. I don't see myself as an artist who is chasing that, and I don't really think in terms of singles. I've always felt that it was necessary to make more than just singles.

"When I listen to someone's album I feel like I am buying into that person's soul. It's the reason they make the music in the first place. And the idea of this album is that it comes from my soul – that's how I feel. It's much deeper than just releasing music to keep my hand in. It is the embodiment of what has made me who I am. It is a bit old-school, but it's the only way I can express myself on 14 tracks. If I really wanted to make a single, I'd go to the Black Eyed Peas and say 'Let's work together. You guys are on MTV; I'm a DJ with a beat and a sound that I can give you.'

"On the album there is a selection of musical styles, but it's all stuff that I've been influenced by. I love drum & bass; dubstep is what I'm listening to right now, I'm enjoying playing house, techno, tech house, and I'm still influenced by the Detroit sound. The album is the embodiment of all that. There's a Detroit track on there called 'Nexus', and a few progressive house tracks almost bordering on trance.”

Part of Carl's plan is to release singles from the album in standard fashion, including remixes of each release, meaning that the people who are only interested in the occasional track do not have to go down the USB route. "It basically puts singles right where I believe they should go,” explains Carl.

In practical terms, buyers of the album will gain access to their own 'microsite' within Cox's web site, from which they can obtain their downloads. There is some ambiguity over what will be made available over the six‑month lifetime of the stick, but the plan is to keep things flexible.

Carl: "We've already added more tracks. In the six years when I didn't make any albums, I was always making demos, so we've thrown those up as well. If there is a 30‑minute club mix, live video clips from a venue, or an interview that I've done with a certain DJ, that goes on the stick — bang, bang, bang! Everything that I put onto the microsite within the six months, you get to download. The album is ready to download immediately; the second phase is all based on remixes, live shows and radio shows, and for stage three I have done two live shows of the album with vocalists, trumpet players and percussionists.

"So this is where the £20 starts to make sense. If the album was on CD you would have got 14 tracks and that would have been it. Admittedly you'd only pay £5.99, but that's all you'd get. When you buy the stick, it's an ongoing thing. You also get fully fledged artwork, information about who's on the album, where it was conceived and the studio in which it was produced. You are buying an insight into my creativity, basically. It's all really good stuff which you just don't get any more. I think it is important that if you buy into something like this, you get your money's worth from it.”