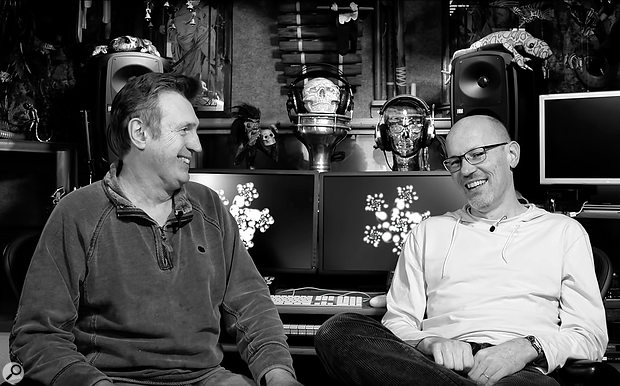 It's hard to believe, but I'm just starting my 30th year with Sound On Sound. Every year I think about retirement, and every year I somehow talk myself out of it. Working with Sound On Sound is just too much fun to give up! However, I could use a little more 'me time', so while still not retiring, I am handing over the Editor In Chief baton to Sam Inglis. Sam has been a key member of the editorial team for 22+ years, latterly in his role as Features Editor. He is well known by the industry and SOS readers, is active in our Forum community and fronts many of our YouTube videos. In most respects, though, it will be business as usual; I'll continue in an editorial role, writing reviews and technique features as well as presenting a few videos and taking a more active part in producing online material.

While I have been the visible face of the magazine for more years than any of us care to remember, Sound On Sound is very much a team effort, and we really do have a great team here. This role change gives me a little more free time to work on my own music and other projects, but I hope it will be a long time yet before I fully retire from Sound On Sound.

Over the years I have made some wonderful friends, both in the music industry and amongst our readership, and that's something I'll continue to maintain. I'm sure that Sam feels very much the same and he's the perfect candidate to take over as team leader. See you next issue.

I was a reader of Sound On Sound before I joined the magazine. In the days before the World Wide Web, it taught me everything I knew about recording and synths. And I, like so many other readers, owe Paul White a huge debt of gratitude. Whether he was explaining the difference between split and inline consoles, the basics of compression or where to point a microphone, he always had the uncanny gift of writing about music technology and recording in words that mere mortals could understand!

Paul's face — and his wise words — have graced this page ever since I first picked up a copy of SOS. His are big shoes to step into, and I'm thankful to be doing so in the knowledge that I can always pick up the editorial hotline and ask his advice. As Paul says, we're blessed with a brilliant team of expert staff, and under his guidance, we will be doing everything in our power to maintain the high standards for which Sound On Sound is renowned both in the music industry and beyond.