A Professional Perspective By Ryan McCambridge 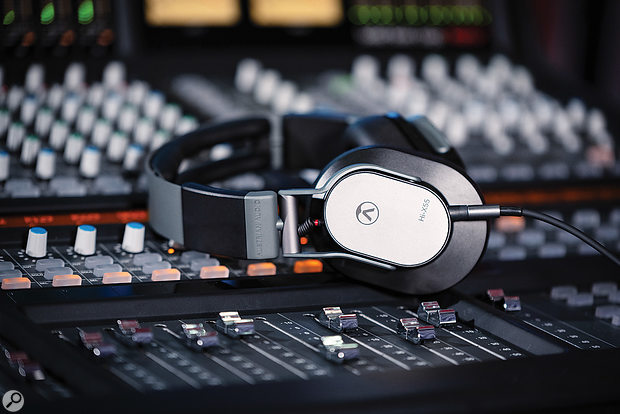 Headphone mixing is becoming a core skill for everyone. We asked some of the biggest names in engineering how they get the best results.

Every audio engineer I know loves the studio, and there's no denying that working in a 'proper' space, on studio monitors, is the most natural and comfortable way of doing our job. At the same time, though, we also need to be able to work effectively on the road — and to keep working during the Coronavirus pandemic, which has closed the doors of commercial studios worldwide. There are those who proclaim that mixing on headphones can't be done, but I know that to be false. So I reached out to some leading mixing and mastering engineers, to get their perspectives on the pros and cons of mixing on headphones, and their advice on how to make headphones a reliable means of monitoring when needed.

As freelancers, most mixers I know have spent their careers moving through various studios, and therefore have had to learn to be adaptable. "Engineers, by nature, we have to work under any circumstance and with whatever we have," says Manny Marroquin (Rihanna, Bruno Mars, Kanye West). "So I could adapt to mixing on headphones, if needed."

Much of the diverse career of David Bottrill (Peter Gabriel, Tool, Muse) has been spent in this nomadic lifestyle, leading him to believe that "You just tune yourself to your environment and the tools you have on hand. If a client has a deadline you just have to make it work."

This adaptability has cultivated a resourcefulness in most engineers that I've met, driven by the will to ultimately do whatever is needed to get a job done. Ali Staton (Seal, Madonna, Turin Brakes) exemplifies this in how he's managed to balance his life as a mix engineer with the work he does as Ableton programmer for artists like Madonna, Richard Ashcroft and Snow Patrol. "I did a record with George Ogilvie which started at Real World Studios, but then I had to be in the States with Snow Patrol and Ed Sheeran for nearly five months. That's when I started trying to mix on headphones, because I had to carry on working."

It clearly worked, because Ali ended up mixing part of the album back in his room at Real World Studios, and says: "You'd be hard pressed to tell the difference between the headphone and studio mixes, especially now that they're mastered." 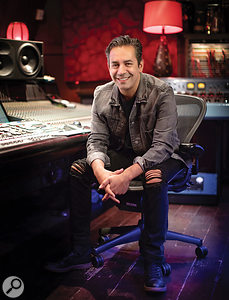 Manny Marroquin.Photo: Neal BurstynManny Marroquin: "I can't get dynamics as much as I do on my monitors. It's not to say I couldn't do it on the headphones, it's just harder and not my workflow.

These days, there's an abundance of great monitor speakers that are relatively neutral and flat. But in any studio, they're only as good as the control-room acoustics. Anything that comes between the sound itself and your ears will change your perception of the mix. This means that you are making decisions based on the biases of your monitoring and acoustics, which are manifest in alterations to frequencies, phase and imaging. Solutions such as Sonarworks Reference, IK Multimedia's ARC, Dirac and the offerings from Trinnov are amazing tools and are incredibly helpful for tuning a listening space but, ultimately, this variable in your perception is at the mercy of physics, which doesn't often work in your favour.

So, a mix is actually quite ephemeral and ever-changing, depending on where it's played back, and your job as a mixer is to create something that is the best representation of the material wherever it gets heard. This relies on your reference being as unbiased as possible, and the argument in favour of using headphones to mix is that it removes the most volatile of factors: room acoustics.

As the gatekeepers between the mixer and the final release, mastering engineers arguably have the best purview on this line of thought. "Assuming one has a good, calibrated room and monitoring system, I would never initially master or mix on headphones," says legendary mastering engineer Bob Ludwig (Led Zeppelin, David Bowie, Jimi Hendrix). "If one's speaker setup is not satisfactory, then one must rely on headphones, which can qualify as 'audiophile' quality for not crazy money." All of the mixers I spoke to share similar...