Mainly interested in getting a publishing deal for his songs, Quin Rice hopes to get noticed via the Internet rather than knocking on doors. This sounds like a recipe for a quiet life to me, which is a shame because these songs are good enough to be performed by people like Victoria Wood and others on the MOR theatre circuit who occasionally appear on TV, or on Radio 4 programmes like Loose Ends. In my opinion, Quin should be targeting the people in this niche of the market and ignoring the rest. He should find out who their agents, management, publishers and even accountants are and send the CD to them.

The piano is the obviously the main writing tool for Quin but it's good to hear that he doesn't restrict himself to straightforward piano and voice arrangements. Electric piano is also used effectively on some tracks and these overdubbed keyboard parts add texture. The keyboard solos are well constructed but would sound better on the instruments they were intended for (sax, guitar and so on) rather than the synthesized imitation.

One weakness is the choice of drum sounds, which are often inappropriately electronic when a decent-sounding set of jazz drum kit samples and some percussion would be more suitable for the style. Some more work on the drum programming to bring a human feel to the drum parts would also make these recordings more effective. For example, the percussion on the opening song has the same cabasa part running throughout. It would have been more interesting to alter this at different points in the arrangement, perhaps creating a section that has call and response parts from the left and right of stereo, for example. The introduction of a tambourine on the offbeat works well but the cabasa could easily have more accenting on the offbeat in the sections when it appears on its own, perhaps as a foretaste of the tambourine part before it comes in.

Track two features sampled bass and this would have sounded more realistic if it had been mixed a little louder and played in a less legato fashion on the introduction. Here the drums cry out for a brush hit snare during the verses rather than a standard stick hit snare. The bass drum too could afford to be less busy — a jazz drummer would only be using it for accenting certain beats, leaving the double bass to carry the rhythm.

But it's Quin's lyrics that will be of most interest to the listener. The words have to be clear and distinct as each song is telling a story. He manages well with the Rode NT1 and a good, but minimal choice of vocal effects which suit his relaxed vocal style. The vocals are treated with pre-delayed reverb with occasionally too much presence in the decay tail, presumably supplied by the Lexicon MPX100. A preset with a little more decay and a little less brightness, like the dark plate reverb used on track six of the CD, could have been used more widely. 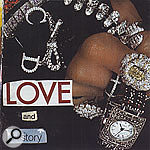 Paul's excellent, soulful voice is put to good use on this CD of self-penned songs. He's recorded the vocal using the popular (on the evidence of demo submissions at least) combination of a Rode NT1 condenser mic and a Joemeek mic channel. I'm impressed by the quality of the sound he's getting with the mic, and, once his vocals are in the mix, you'd be forgiven for thinking he'd recorded them using a certain German microphone costing ten times as much as the Rode. Undoubtedly, this has also got something to do with the calibre of his voice, one that would sound good on most microphones from the Shure SM58 upwards.

The songwriting is strong throughout, but nowhere more so than the ballads. With a nod towards Mick Hucknall and Simply Red in terms of production, the third song opens with some nicely textured strings over an unusual chord progression. Paul resists the temptation to milk the progression too much, and the arrangement moves quickly on to the verse and the introduction of vocals. For the chorus, the strings are replaced by a very good Hammond patch on the Roland JV1010 sound module. This simple change in sound texture lifts the dynamic and maintains interest in the song. The strings then return to add melodic phrases between the vocal lines of the chorus. In terms of the overall sound of the mix, the strings are really the only thing I could find fault with as they sound slightly muddy during the more complex string parts. Some lower-mid cut at around 300-400Hz, perhaps even applied to just the lower string parts, would improve the sound, but this really is just a minor issue.

This lower-mid area of the mix is problematic on some of the other songs too. The first track on the CD is generally lacking in presence, and it's a classic example of a mix which could be helped with the use of subtractive EQ, rather than presence boost or HF enhancement. The problem is that the lower-mids are too dominant, giving the impression of an overall lack of clarity. Using a wide band EQ cut at 300Hz, even just a few decibels, allows the HF to seem louder and the bass to have added warmth. Conversely, the second song, which uses more guitar and less keyboard, has a hole in it at around 300Hz which could be filled using a pad synth playing chords in the right register.

Paul's 30 years of songwriting and recording experience have obviously not gone to waste. This is a good CD worthy of a wider audience.

Some scratchy guitar sounds are letting this demo down and more care should have been taken with the choice of patch used on the Line 6 Pod, especially as it's going directly into a PC running Steinberg Cubase VST. Digital to digital isn't a great combination for rock recording and it's possible that boosting the upper-mid frequency area using post-production software has made things worse. This overuse of EQ is really obvious on the acoustic guitar in the 'unplugged' version of the first song, which has plenty of string squeak and a rather vicious attack. It's an EQ treatment that works well on acoustic guitar when combined with other instruments, helping it to come through in a fuller mix where bass and electric guitar are also present. Here, however, the acoustic guitar is exposed and needs those lower frequencies to give it more body and punch. This demo also makes the mistake of featuring the best song second and, oddly, two different mixes of the inferior opening track.

Danny likes his Auto-Tune a bit too much if the opening cut on this CD is anything to go by. It works well in the chorus but is overused in the verses and it's a relief when the backing gets more involved and the effect is dropped. Other vocal treatments, like the pitched-down sampled vocal singing a 'bom bom' bass line, are fun, and I also like the telephonic vocal loop that comes and goes throughout the track. In fact, there are plenty of good ideas and the mix is nicely balanced. However, the song overstays its welcome by about thirty seconds and the arrangement could easily be tightened up with a bit of editing. Bringing the solo and breakdown in earlier and finishing on a chorus instead of introducing another verse would be an improvement. The second track doesn't exhibit the professionalism of the first, but there are some good elements on the recording which just need to be brought out. One weakness is that the drums are far too low in level to have any punch. Also, Danny's obvious talent for exciting and inventive backing vocals isn't being capitalised on. A suitable case for a remix, I think.

With its contemporary sound and good arrangements, this CD successfully mixes the dance and rock genres without resorting to clichéd heavy guitar work. The aggression is instead derived from industrial synth sounds and well-chosen drum loops. On some of the mixes, the bass is in danger of getting out of hand and it seems that the intention was to emulate the sound of a mighty club PA. Rolling off some of the lower frequencies around 40-60Hz will make sure the mixes sound good on most systems — domestic, car or club. There's some good use of effects, like the comb-filtered synth used to build up to a drum loop, but elsewhere the mixes seem to be drowning in reverb. Some more attention to detail would improve these tracks on a technical level. For example, on the second mix, there's some obvious noise as the vocal track fades in. This could have been avoided through a little bit of editing in Cubase, muting the vocal track or even using a plug-in noise gate. 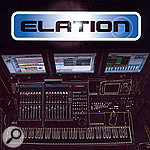 This rather standard anthemic house has lots of the right sounds and ideas but is curiously lacking in punch, especially on the opening track. The answer lies not just in the mix, which is weighted too much towards the synth bass at times, but also in the choice of kick drum sound and its level. The kick drum should be in the driving seat of this mix but it's a bit too lightweight for the job and is mixed too low. Even at high monitoring levels it's not providing that all-important punch. A straightforward remix replacing the bass drum sample with a heavier one is in order. The second track on the CD is much better and features a wonderfully fat detuned oscillator bass sound and excellent bass drum, making sure this one really kicks along. The arrangement and mix are excellent. There are some particularly impressive moments of tension and dynamic build-ups which are ideal for tracks intended for a club setting.

On the soulful opening track, Mark not only performs well on lead vocals, but adds some decent harmonies too. However, the drum loop used is too low-bandwidth and muddies the sound of the mix. Giving a little HF boost to the drums at the mixing stage would have gone a long way — attempting to add it in post-production won't suit the rest of the arrangement. The problem has disappeared by the second track on the CD, a similarly slow-paced number which uses a backwards piano chord in the style of Moby. Echo and backwards effects are also applied to the vocals, and the sparse backing, which features some nice electric piano and string work, allows room for a large, textural sound.