Like many people who travel around a lot, William Sharpe, the man behind ZeeQuencha, needed a small, portable setup capable of producing professional dance music. He opted for a laptop running Reason and Cubase and uses T-Racks to master his tracks. However, as a result of limited processing power he ended up creating the tracks on this CD using Reason and T-Racks only.

William describes the style of the first track as a melodic chill-out track, and it features a main synth riff layered with strings, guitar and an ethnic vocal chant found on the Internet. Yet it still has plenty of energy, and highlights its creator's acid house leanings in the choice of a frenetic loop and tense chord progression based around E minor, D minor and F.

He spent a long time on this mix and his attention to detail shows in the careful choice of delays, and extra chord work and drum loop layering. Yet when the track gets going, the points where the snare drops out and returns with a classic fast fill aren't entirely convincing. The snare could have been given given a little volume push to increase the tension as the fill builds. This is perfectly possible in Reason of course, whether using a sample for the loop, in which case it will have its own mixer channel volume fader, or by using the volume control from within the Redrum module. I also thought the snare fill might have been improved by patching it through the synth filter of the Malström synth module and opening it up as the snare fill plays.

In terms of sound quality, Reason always has a certain digital graininess which is especially in evidence here on the monophonic and echoed synthesizer lines taking the main melodic lines three minutes or so into the mix. The drum samples also have a limited bandwidth which is at its most obvious on the cymbals, hi-hat and tambourine. Is this something that can be improved on at the post-production stage? I tried adding a little high-frequency shelving boost on this demo and was in two minds about the result. With a couple of dBs of boost at 12kHz, the energy of the overall mix was lifted and the cymbals sounded marginally better. Any more boost tended to emphasise the digital nature of the sound which William was at some pains to avoid. I use Reason myself in the studio but tend to synchronise it to external sequencing/recording software and trigger a drum module for some of the quality high-frequency content in my mixes. Unfortunately this was not an option for the ZeeQuencha project, but it doesn't detract from the quality of the programming and excellent use of Reason software on these mixes.

There's a fine line between heavily compressing a vocal successfully and overdoing it. Female vocals in particular can sound more seductive with compression because it brings out the breathy quality in the performance, but it also allows you to mix the vocal loud without any undesirable peaks in the signal to ruin the overall mix level. Ideally, you should go through the vocal track first and make sure there are no excessive changes in level that will tax the compressor. The old-fashioned way of dealing with this would be to bounce the vocal track while riding the fader level, whereas on a computer DAW system this can simply be achieved using track automation.

When it comes to the compression settings, soft-knee mode is best unless you want a particularly aggressive, energetic vocal sound. Listen out for treble loss and particularly for a reduction in the dynamic range of the performance — too much compression can end up stifling it. If you get the result you want without compromising the vocal itself, you're doing the right thing. 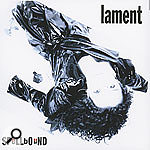 Lament's aptly titled CD, Spellbound, goes for a big, film soundtrack-style sound, with an abundance of orchestral string samples and some lush arrangements.

The vocals are smooth and sultry and this approach works brilliantly on the slower, more moody tracks. But for the bigger numbers, vocalist Kath Kimber somehow doesn't seem to be putting enough effort into the singing. She's not helped by the amount of compression on her voice. This takes too much dynamic variation out of the vocal, lending it an artificial attack which prevents it from sitting in the mix, because its sound is too different from the rest of the instrumentation.

I'm not entirely sure why the first track was chosen to open the CD, because elsewhere on the album the vocal sounds a lot better, as do many of the mixes. The instrumentation is too low in the mix and the voice too loud. This is probably an attempt to copy the style of records from the late '50s and '60s where the voice is pushed to the front of the mix, but, again, compression has given the vocal a small, introverted sound. Nevertheless, I'd certainly like to have heard the guitar, vibey synth and congas a bit louder. However, what's really lacking is the dynamic edge that brass would provide, and towards the end of the first track it seems to me that a brass line is hovering in the background of the mix which I'd certainly have brought up in level. In contrast, the double bass is excellently played, with enough weight to add gravitas which the slightly wooden programmed drums cannot.

But don't let my technical criticisms of the first song put you off. This band can produce a very good sound, as the third cut on the CD amply demonstrates. Although there are obvious Portishead influences, it's a vocal style in which Kath Kimber excells. The backing track uses universally good sounds and is very well mixed. I was particularly impressed with the resonant-filtered electric guitar and moody synth chords which suit the vocal perfectly. These are backed up by a solid dub bass loop, lively drums with plenty of cymbal sizzle, and some tasteful scratching. A clean nylon-string guitar works well against the filtered electric guitar, although the reverb chosen for it is rather muddy. Some EQ on the aux return could easily remedy this. Generally though, effects are used intelligently throughout the track — the resonant filter, for example, becomes more extreme as the track builds — and classy touches like the stereo delay on the vocal towards the end of the song are not only interesting in their own right, but also contribute to the development of the track as a whole.

It's a little hard to pin down the musical style of this demo as it weaves from electronic sound textures to melodic guitar passages throughout its nine-minute running time. Some of the changes are purposely abrupt, while others gradually develop, slowly introducing instrumentation from the approaching section into the arrangement. Strangely, I'm left with the sense that the guitar passages are just improvised workouts drawn from other compositions. However, the CD does has a strong theme — that of exile (from Wales) and dreaming of going home. John demonstrates a good understanding of dynamics in his recording and can use reverb, tremolo and auto-pan effects very well. Also the CD's use of real location recordings (like that of a real Welsh choir and a stream) add interest, while the guitar sits nicely in the largely synth-heavy mix courtesy of effects like echo.

The first track draws heavily on the US West-Coast feel of bands like Steely Dan. While the overdubbing has been well engineered, the song has been let down by the mix. In particular, I thought the keyboards could have been louder, and some modulation on the organ when it's holding down pad chords would have been nice. The pitching of the lead vocal is a bit erratic in the verses, while the choruses, which are sung a bit more aggressively, come across well. Track two sees a complete change of mood to ambient dance, but mixing the snare drum too loud has made the overall mix too aggressive. The softer-sounding synthesized snare used in the break is a much better choice and should have been used throughout. Another sound which doesn't quite cut it is the gargling vocal sample — rather than sounding like a creative use of the sample, it gives the impression that the loop point has been chosen poorly. The third song on the CD demonstrates that the band are more comfortable with soft rock but once again the keys and guitar could be louder against the solid competence of the drum track. 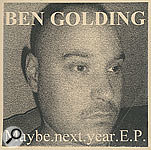 Ben has garnered some good reviews in his time, but his CD sleeve design skills aren't going to grab him any attention. "Does it matter?", I hear you cry. Well actually, I think it does these days, judging by the standard of the demos we get sent. These mixes have been heavily enhanced to try to add presence, smudging the clarity of the cabasa and acoustic guitar in the upper frequencies and making the vocal sound vaguely telephonic. The drums on the second track appear to be somewhere off in the background, but then there's a hell of a lot of reverb in use, and while the intention has been to go for a wall of sound, more selective use of effects would improve the mix. The drums and percussion could be left fairly dry, as could the voice, while some reverb on the guitars and backing vocals would create the feeling of space and stereo width. Ben has songwriting talent and a good voice which both sound at their best alongside the more contemporary production of the third song, 'Maybe Next Year'. But again, less reverb on the voice is needed in the mix — it's a shame to hide a voice this good in effects.

A muddy piano sound leads into the first song and is in stark contrast to beautifully clear acoustic guitar. There's no missing the vocals though — they are loud! The voice is heavily equalised in the upper-mid area, giving it an abrasive quality and, of course, a fair dose of sibilance. I'd put this down to over-equalisation on the mix and then further treatment with some sort of enhancer in post-production. It's a shame, because the song has a pleasant, breezy feel and is worthy of a remix. Some clicks and pops on the vocal in the second track demonstrate what can happen when you use a lot of compression — it brings all the noise to the fore. However, some of the (admittedly few) problems could have been removed by some careful editing in Cubase. Of more concern is the energy and punch the use of heavy compression has added to the vocal, which should really be laid back and mellow. If the compression has been added during mixing, I'd suggest another remix. If it's on the original recording, then a re-take is going to be necessary.

There's some fine use of distortion in these vaguely industrial, groove-based tracks, and a sense of humour too. That's not to say that the mixes don't have their serious moments, and the mixes are all very competently handled in terms of technique. I particularly like the treatment of the DI'd Ovation acoustic guitar. Some well-chosen phrases have been looped effectively, and the guitar's metallic twang sits well against the fat sound of the bass synth. The vocal is understated on the second track, set well back with heavy reverb and treated with fast modulation using a vibrato or flanger plug-in. A rather strange addition to this track is the piece of music which fades back in when the main mix appears to have finished. It seems to bear little relevance to what's gone before in musical terms and is not listed as a new track. With its effective use of in-tempo echo to contribute to the snare groove, perhaps it should have been considered as a separate track.