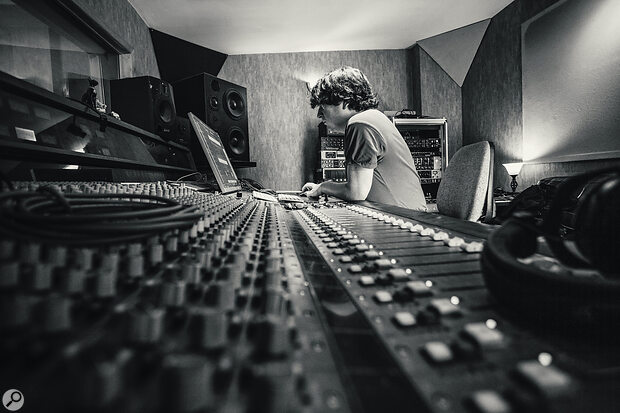 Daniel Fox in the control room at Sonic Studios, Dublin.

Gilla Band’s new album is one of the least normal things you’ll hear this year... 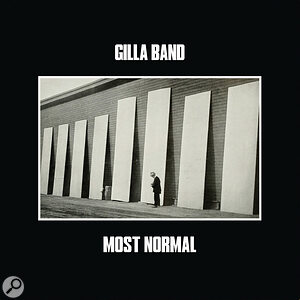 “Our unplugged set isn’t very good!” laughs Daniel Fox. And that will come as no surprise to anyone who’s heard Gilla Band’s new album Most Normal. Building on their previous work as Girl Band whilst also leaving it far behind, it’s a whirlwind of sonic experiment. In fact, although the Dublin group nominally have a conventional line‑up of drums, bass, guitar and vocals, there’s almost nothing on the album that is identifiable as a guitar sound at all.

“Sometimes even when we try to do things that are normal, it doesn’t really pan out that way!” admits Daniel. “We’re always trying to get a few chords into songs these days, but sometimes it works and sometimes it doesn’t.”

So how does a band evolve a sound like this, and compose material that would be impossible to sketch out on an acoustic guitar in front of the fire?

“In terms of the songwriting, it’s totally collaborative,” explains Daniel. “It isn’t like one person goes and sits down and writes the song, and then the song is there. Sometimes it’s from playing together, jamming and feeling out sounds, or sometimes we might have a rhythm idea and just put that down and then just go fishing for interesting sounds, and go back and forth and with each other and build up the track that way.

“A lot of the tunes were composed through recording them. They would have started off as demos, and then we would replace our rehearsal space drums and so on. Some of them we would have just tracked the live demo and then started again when we went into the studio, just with some guide bass and guitar. And then there’s a couple of them that we built upon the demo. More so the more abstract tunes, I suppose. There’s a tune called ‘Pratfall’, and I think ‘Post Ryan’ is like that, as well. We basically just had that drum beat, and we hadn’t really written most of the song when we tracked the drums. We just knew that we wanted this one drum beat to go pretty much throughout the whole thing, and then wrote the song around that.

“So it really did vary, because we were recording it over such a long period of time. We didn’t write all the songs and then go into the studio and record it. We were more just chipping away at it. We’d get some demos together, have an idea of what we’re doing and maybe book a day or two up in the studio where I work, just do the drums for maybe three or four songs, and then go back to our rehearsal room and work away. When we were recording all the bass and guitar and everything, we just did that in our rehearsal room, because I own mics and we just bought some preamps and stuff like that. 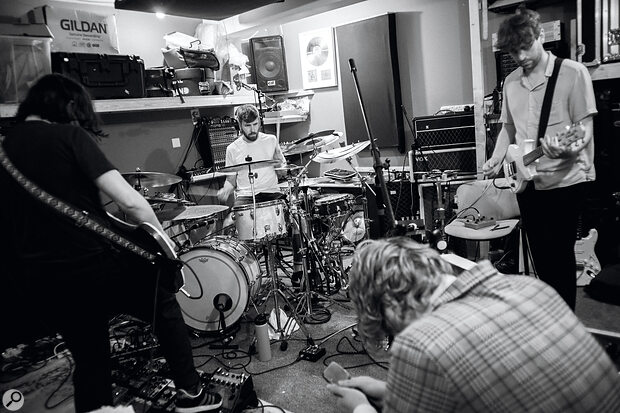 The songs on Most Normal were worked out over a two‑year period in Gilla Band’s rehearsal space.Photo: Mark McGuinness

“The backing track of ‘Capgras’ is just a rehearsal recording. We basically made that rehearsal demo recording, fed it back out into Al [Duggan]’s guitar effects, and blew it out with a bunch of guitar pedals. And then while we were recording it back in, you’ll notice, it only happens once or twice, but the whole track will go out of phase with itself. It was split into two preamps, and we flicked on and off the phase switch of one. So if you listen to it on a phone or something, the whole track will just disappear for a second.”

Daniel Fox: The whole track will go out of phase with itself. It was split into two preamps, and we flicked on and off the phase switch of one. So if you listen to it on a phone or something, the whole track will just disappear for a second.

Many of the extreme sounds were created by feeding guitar effects pedals straight into the recording rig, and sometimes by overloading mic preamps on the way. “There’s lots of DI guitar on it. I think if I’d suggested that to myself when I was younger, I would have thought it would be a terrible idea, but it really, really works on this. I think we’d taken some influence from St Vincent, whose guitar sounds I think are all DI guitar. You just get this inhumanly ‘close’ kind of sound.”