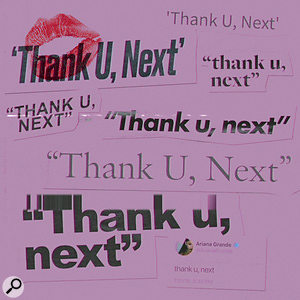 I took a pop at Ms Grande's vocal enunciation back in SOS August 2018 (critiquing 'No Tears Left To Cry') and she's scarcely more intelligible here, but her melody is harmonically rather intriguing in that its repeated Ab-Gb-F riff reiterates the key's flat seventh degree (Ab) over a series of dissonant bass notes (Gb-A-Bb). The 'Ab versus A' dissonance is particularly juicy. Although it seems quite modern, it actually has a very long history in the classical repertoire, and is perfectly justified in terms of traditional minor-key voice-leading, where falling lines use the flattened sixth and seventh degrees (the vocal's Ab and Gb here) and rising lines use the sharpened ones (the bass' leading-note A, which rises to Bb).

Personally, I'm more than happy to ignore the vocal entirely, and focus on the bass line and its lovely use of portamento. In its very first bar, the bass treats us to a dramatic octave sweep upwards towards the third beat, after which the pitch partly falls off again in a way that's so natural for bass players to do, but which I know from bitter experience can be surprisingly tricky to simulate musically using synths. This pitch slide then becomes a recurring feature, and is even lengthened deliciously in its fourth iteration at 0:25. But that's not all, because the chorus riff gives us a new portamento idea, this time a long 'down to the depths' fall-off at the end of every other bar. Many MIDI programmers seem to think almost exclusively in terms of note numbers, timings, and velocities when programming parts, so it's instructive to realise how much just a bit of portamento can elevate a musical part. Mike Senior 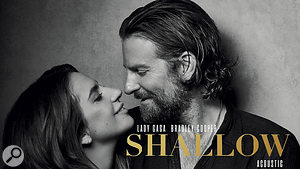 When artists layer the sound of a concert audience over something that smacks of studio recording, it usually leaves a bad taste in my mouth. Yes, every production now has a degree of artificiality to it, because everyone uses such a wide array of recording, editing and mixing tools to construct and enhance raw performances. But that somehow feels less manipulative than borrowing an undeserved veneer of 'live show' authenticity. It's similar to how I feel about recorded comedy: I have fewer problems with fastidiously crafted scripting than with canned laughter — the former lets me decide whether the joke's funny, but the latter tries to bully me into it!

What makes the situation worse with this particular song is that I don't actually find the crowd noise elements convincing. During the introduction, for instance, the way the opening noise reduces from about 0:08 until the first vocal entry just seems unnatural. Rather than the audience seeming to settle down naturally to listen to the singer, it's like they just recede into the distance, presumably as a fader pulls their mix level down. There are also several between-phrase gaps where it seems odd that there's so little crowd noise. For example, after the end of Bradley Cooper's opening verse, I'd have expected a more appreciative response from a live crowd, given the interjections we've heard before that point. Likewise, I'd expect more reaction when he rejoins Lady Gaga on harmonies at 2:05, and it seems frankly bizarre that there's not a peep from the punters in the lull following the second chorus at 2:24.

Now, of course, if you mosey down to YouTube and watch the music video, this all begins to make a lot more sense. The visuals aren't just a mock‑up of a live gig, but are a montage of scenes from the whole film, within which context the level of crowd Foley is understandably dictated to an extent by what's on screen. It's just a shame they couldn't have mixed it a little more appropriately — or cut it out entirely — for the soundtrack album It's not as if you'd have lost any genuine musical interaction between the crowd and musicians, and besides, the two lead singers here deliver such compelling performances that they render the sentimental crutch of fake crowd noise redundant. Mike Senior 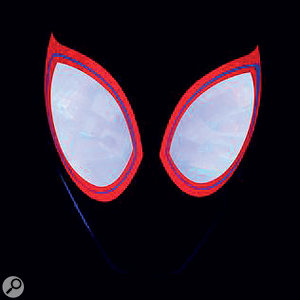 This is a quirky production in many ways, not least by coming in at under two and half minutes in length, but what most caught my ear was the effects processing on Swae Lee's vocal from 0:27 to 0:58. It sounds very much to me like some kind of ducked reverb effect, by which I mean a send-effect reverb processor which has a ducker in its return channel that's triggered from the dry lead vocal. Notice how the reverb seems to bubble up in any short gaps between vocal phrases. This kind of ducking isn't by any means an uncommon tactic in conjunction with long delay effects (primarily for reasons of improving lyric intellibility), but ducked reverb is much rarer in my experience, especially with ducking as assertive and clearly audible as it is here. Hearing the ear-catchingly restless quality it adds to the vocal texture, though, I reckon it deserves to be more widely used in this role. Mike Senior 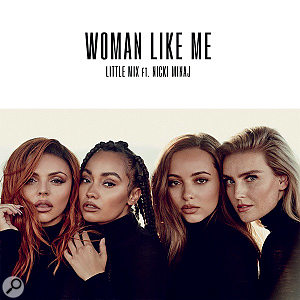 Underwhelmed as I was by this song in general my attention soon wandered to the production's unorthodox use of the frequency spectrum's extreme low end. Or, to be more specific, the lack of it throughout most of the song. Where most chart productions seem to slather monstrous subs all over everything, the only sustained section with any serious bottom-octave action here is the final chorus at 3:06. In principle I can see the reasoning, as it keeps an ace in the hole, so to speak, as far as the arrangement's concerned, so that the extra low end can give that final chorus an energy boost. What slightly muddies the water there, though, is that there are a couple of small bursts of low end earlier in the song, on the last quarter note of each hook section (1:04 and 2:08), which perhaps lets the cat out of the bag a bit early. That said, it didn't harm the first chorus of Radiohead's 'Creep' to have those anticipatory high-gain guitar chugs, so maybe a similar logic's at work in this case — in other words, Little Mix are hoping those small moments of low end will just tease the listener into greater anticipation of the final-chorus payoff.

But another thought also struck me: might this be an attempt to manipulate the loudness-normalisation routines that most online streaming services now use? In other words, by taking the headroom-hogging low end out of earlier choruses, the normalisation routine (which averages the entire timeline's frequency content) might detect less low-end energy in the track overall and therefore increase this song's playback level relative to songs from competing artists. And, of course, because there'd still be plenty of low end in Little Mix's final chorus, the production wouldn't seem lacking in this respect compared with any track that followed it in a playlist — on the contrary, in fact, as the latter would seem quieter.

Keen to test my theory, I edited together a new version of 'Woman Like Me', copying the final chorus section in place of both earlier choruses. Then I ran the original and edited versions of the production through the EBU R128 loudness-detection algorithm in Klangfreund's LUFS Meter plug-in and, sure enough, the edited version registered roughly a third of a decibel louder. Now, I'll admit it's a fairly rough-and-ready test — the arrangement of that final chorus isn't just bassier, it's also busier! Nonetheless, bearing in mind my recent observations about the overall tonal contour of a number of recent chart mixes (see my critique of Rudimental's 'These Days' in SOS August 2018) it further fuels my suspicion that some producers are already tweaking their musical and engineering decisions to get better playback level under loudness-normalised conditions.  Mike Senior 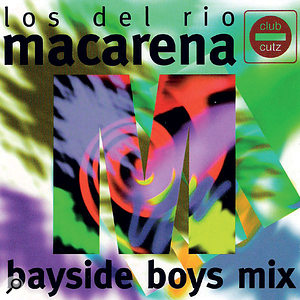 I think of myself as a fairly positive kind of guy, but this track doesn't half strain the old joie de vivre. Yes, I'm sure I danced those daft moves at some point back in the late '90s. (Was there any college student who didn't, at least 'ironically'?) And I realise it topped the Billboard charts for 14 weeks and sold upwards of 10 million copies. But, much as it pains me to admit it, the Spice Girls' 'Wannabe' will always hold a special place in my heart for preventing 'Macarena' hitting UK number one.

Probably what appals me most is how 'phoned-in' the vocal verses are here: out of tune, with sloppy timing and poor enunciation, and yet at the same time rather hammy, especially during the spoken bridge at 1:25. It doesn't help that they also sound like they've been recorded too close to a cheap dynamic mic, giving an unflatteringly constricted and muffled tone. Putting aside my own rather elitist preferences, though, there is perhaps an argument that the very amateurishness of those parts helped set 'Macarena' apart from its '90s club contemporaries and added a certain 'girl next door' appeal to the performances.

I will confess to some curiosity regarding the nature of that massed vocal "aa-eye" first heard at 0:08. It's possible it could just be some kind of 'tribal gathering' sample, perhaps with some gated reverb to thicken things up. However, the more exposed renditions at 2:00 have a strangely pulsating sextuplet feel to them, as well as a hint of phasiness, so I wonder whether what we're hearing is that old sampler trick of triggering the same one-shot sample several times in quick succession, using a sampler set to ignore MIDI Note Off messages (like many simple drum machines).

My favourite part of this production is the introduction, though — and not just because the verse vocals aren't in it! You see, in the absence of any other information at the start of the song, it's natural to hear the opening synth riff as beginning on the downbeat. It turns out, though, that it starts on the second eighth note of the bar, but you only begin to suspect this when the wordless vocal line arrives on the real downbeat at 0:04, and you only get proper confirmation when the four-to-the-floor kick enters at 0:09. After that nice little rhythmic hiccup, however, it's all downhill from there... Mike Senior