To help you brush up on your listening skills, we examine the production of some recent hits from Panic! At The Disco, Mabel, Dan + Shay, Kacey Musgraves plus a classic Carpenters mix.

Panic! At The Disco 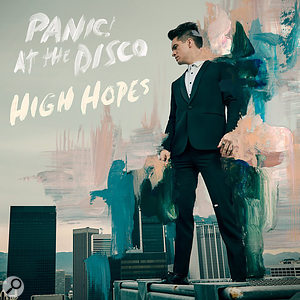 As regular readers will know, I'm a long-time fan of the 'drop chorus', where a song's middle section ramps up towards what you think will be a massive final chorus entry, but then when the chorus arrives it's first presented in some kind of stripped-back form, delaying and intensifying the eventual full-chorus pay-off. In this specific instance, though, it's especially impressive, because the band manage to sustain an entire 10-second chorus iteration with vocals alone, which is quite a risk. While the shock-value of such a stark textural change is certainly attention-grabbing, that's still a long time to drop out the drums entirely and expect the listener to retain their connection with the song's groove. Had the lead melody rhythms been less of a four-square stomp, this could easily have fallen flat, in my view.

But what's cooler still is that, at 2:32, when you really do expect the full-band texture to return, you actually get just the kick-drum and claps coming in on eighth-notes, along with various slow riser effects — it's only on the third iteration at 2:44 that the bass and harmonic instruments return. And even though this already feels heavily saturated and widescreen by comparison with what's gone before, some arrangement ammo has actually been kept in reserve, such that 2:55 can up the stakes again with sustained orchestral padding and high backing-vocal harmonies. Yup, they pulled off a quadruple chorus without losing steam, which is some stunt! Mike Senior 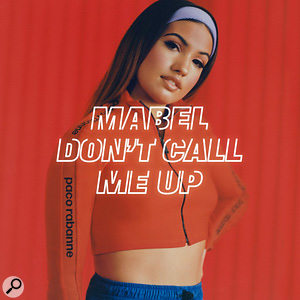 I've often said that the end-point of a sound is almost as important as where it begins, but that's usually within the context of editing drums and bass. This song, however, has a great example of this principle in action on a piano part. Listen to the bar before each of the three chorus entries, and notice how the piano chord in each case fades out. In the first case, it shuts down fairly abruptly about 80ms before the vocal hook arrives, which somehow makes the singer's first word pop out more. (If you don't believe me, then it's easy enough to edit the chord's sustain to fill the gap, whereupon you'll hear for yourself how much less assertive the vocal's entrance feels.) The second case is interesting too, because it fades the piano out in a very similar fashion, but about 60ms earlier, and somehow that doesn't seem to work as effectively. It makes me wonder if, by being more clearly audible, the gap's subliminal psychological effect is diminished.

The third instance is quite different, though, with a slightly longer fade, but fading out a beat earlier. The earlier exit makes sense given the new sound effect on beat four, but I'm not quite convinced by the fade, because it's neither quick enough to make a strong arrangement statement, nor is it natural enough to avoid drawing attention to itself. In general, I'd say it's a good rule of thumb that the listener should never actually hear you moving the faders unless you want them to. It's almost like seeing the set wobble in a soap opera, which is rarely a good look unless there's actually an earthquake written into the script! Mike Senior 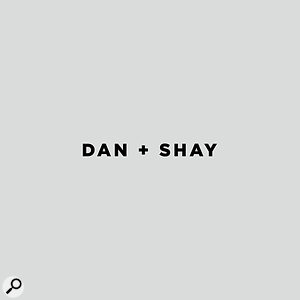 The gong for Best Country Duo at this year's Grammy Awards went to a variation on the familiar I-V-vi-IV progression, but I've a lot of time for this track for two reasons. Firstly, it uses a less common variant of the pattern, starting on the subdominant chord (ie. IV-I-V-iv). You'll find this in things like Taylor Swift's 'We Are Never Ever Getting Back Together', as well as the choruses of Rihanna's 'Umbrella' and Imagine Dragons' 'Whatever It Takes', but it nonetheless seems to be far less common than the I-V-vi-IV and vi-IV-I-V flavours (the latter running right through both Luis Fonsi's 'Despacito' and Kelly Clarkson's 'Stronger', for instance). And the second reason I like the progression better here is that the harmonic rhythm has been syncopated, such that the second and fourth chords in the pattern are placed an eighth‑note ahead of the beat — a technique that (and this'll surely date me) always reminds me of Sting's 'Fields Of Gold'.

However, it's this song's phrase structure that most caught my ear. For a start, the verse is a nice example of what I think of as 'limerick' pattern. What I mean is that there's a pair of two-bar phrases, then a pair of shorter one-bar phrases, and then a final two-bar phrase, giving the kind of long-long-short-short-long pattern you'd hear in a limerick verse. (eg. There was an old mixer called Mike / Who took to his DAW a dislike / He said: "It's obscene / This repeated bluescreen! / That does it, I'm going on strike!") However, the verse isn't what I find most interesting here. You see, one of the challenges of using a chord progression that repeats every two bars is that it makes it trickier to create a sense of musical momentum across longer musical spans — in this song, for instance, the eight bars of the chorus. The way the singer rises to this task is by starting off with what seem to be two one-bar vocal phrases ("when I taste Tequila" and "baby I still see ya"), but then extending the second of those with "...cutting up the floor in a sorority T-shirt", thereby creating a kind of melodic and lyrical bridge between the first and second iterations of the chord progression. By connecting those two-bar units into a longer four-bar one, there's subsequently an increased sense of payoff when "sky-high in Colorado" ushers in the following four-bar unit. Mike Senior 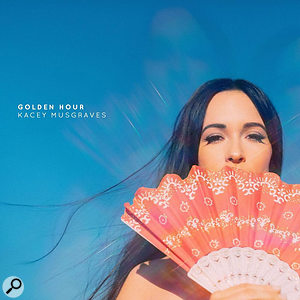 This brilliant Serban Ghenea mix, from Kacey Musgraves' Grammy-hoovering album Golden Hour, offers one of the coolest delay effects I've heard in a long time. It's the main hook riff, which you can hear right from the outset and which comprises two layers: a mono plucked-string sound (a banjo, at a guess, but I won't hold that against it) and a staccato stereo synth — the latter so stereo, in fact, that it has negligible mono content, and appears almost exclusively in the Sides signal. Of these two components, it's only the synth that has a delay treatment, namely a single-tap 16th-note delay, but what's a little unusual about it is that the echo is, if anything, a little louder and fuller-sounding than the dry signal that's feeding it. The upshot of this setup is that when each note hits, the banjo and synth note fuse perceptually into a single event, but then the single synth echo feels like it leaps outside the bounds of the speakers. It's a really wacky effect, and one that I actually do find weirdly evocative of a butterfly's wing beat, if that's not being too fanciful. Unlike some extreme stereo effects treatments, though, its inherent mono incompatibility doesn't actually affect the audibility of that melodic hook under single-speaker listening conditions, because the only thing that suffers (and it does all but disappear, to be fair) is the echo, not the main riff itself. Very smart.

There is another nifty effect to listen out for in the second verse too, where it sounds like some kind of infinite reverb/delay patch has been allowed to generate a kind of backing 'pad'. This sort of thing is really well suited for a very stripped-back 'rhythm plus vocals' arrangement like this one, because the details of the effect can bubble up tantalisingly in the gaps in the texture. It's also a great dodge from a mix engineer's perspective if you feel as if the production needs something akin to a synthesizer pad (for adding stereo atmosphere, say, or general timbral warmth), but you're reluctant to actually add a new musical part for fear of offending the client. Mike Senior 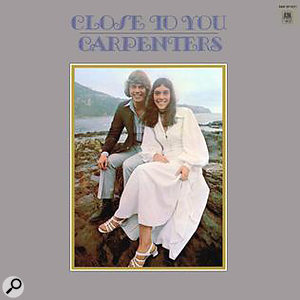 This song, the band's breakthrough hit, showcases a characteristically efficient and effective arrangement from Richard Carpenter — apparently in collaboration with Herb Alpert, co-founder of the band's label A&M Records. Personal highlights include the syncopated tom fill at 1:14, which leaves a perfect gap for the word "that", and the bass guitar's dropped note and subsequent countermelody highlighting "follow you" at 1:21.

The star of the show, however, is of course Karen's rich contralto, which you can enjoy for the whole first verse in isolation if you solo the right-hand stereo channel. Admittedly, it's a bit of a shame about the distracting mouth/lip noises on the recording (especially as these could probably have been avoided with a few sips of water whilst tracking), although some might argue that they aid the sense of intimacy. The dense artificial reverb effect is nicely judged, adding warmth and density without unduly pulling the singer away from the listener. The 140ms pre‑delay (clearly audible in the stereo Sides signal at 2:19) can't have hurt in this regard, and neither can the distinctive timbre of the effect tail, both of which attributes make the effect easier to separate perceptually from the dry signal.

The drums have the uncompromisingly dry and upfront sound you'll hear on a lot of '70s records, typically a result of close-miking in dead-as-a-doornail acoustic environments. I do like the tightness and presence this approach gives the kick, toms, and hi-hat, although it's less well suited to capturing full-sounding cymbals, so it's little surprise to find that, bar the rather thin-sounding ride-cymbal taps at 0:51 and 1:10, the drum part remains a cymbal-free zone. (Tellingly, the dramatic cymbal roll at 2:16 appears to be a separate stereo overdub, perhaps recorded with the stereo harp and bell-tree glissandos heard at 1:04.)

Given the Carpenter's trademark multitracked backing-vocal textures, it's interesting to note how carefully double-tracking and layering are used otherwise. Take the main left-panned piano part, for instance, which is momentarily garnished in the right channel with Wurlitzer (alas, about 15 cents flat) during the intro at 0:06-0:09; with piano overdubs at 0:58, 1:48-1:56, and 2:03; and with electric harpsichord at 1:37-1:47, 2:38, and 2:53-2:57. For the most part, the producers have wisely resisted the urge to smear Karen's lead-vocal nuances with double-tracking — only at 1:59 do we get some of that, where it makes sense as part of the arrangement's overall build-up into the climax at 2:17. Flugelhorn isn't an instrument commonly associated with layering, which makes the double-tracked solo at 1:36 rather an ear-catching tonal novelty. Mind you, I reckon it's still insufficiently diverting to redeem the cheesiness of that up-a-step key-change... Mike Senior