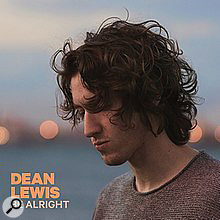 It's taken me a while to get into this track, partly because I'm a bit tired of all the 'here we go round I-V-vi-IV' songs I've been hearing lately (see my recent critique of Lewis Capaldi and Dan + Shay), and partly because I keep having strong flashbacks of 'Dry Your Eyes', a similarly themed 2004 UK chart-topper from the Streets. After I'd settled down, though, it struck me that this production's bass line has very little in the way of real low end. The instrument is already fairly understated in the mix as it is, but most of the power it has also seems to be concentrated in the 60-100 Hz region, such that the song's harmonies lack fullness on larger playback systems.

At the height of the 'loudness wars', productions would often deliberately go easy on the low end, in order to allow greater loudness to be achieved at the mastering stage — but that justification doesn't really work for this song, because the kick drum does have plenty of sub-bass information — much more than the bass. Furthermore, given that the loudness normalisation routines now used by most music-streaming services typically pay a lot less attention to sub-80Hz information than they do to the rest of the spectrum, mixes can usually afford to have stronger low end these days without dramatically impacting their streamed loudness level. (Indeed, I've noticed a definite trend towards more sub–bass on mainstream records over the last few years, which suggests to me that many other engineers are getting wise to this as well.) For instance, I was able to double the bass line here with a sine–wave synth at around -15dBFS, appreciably filling out the low end of the harmonic texture, while only incurring a 0.1dB LUFS loudness penalty — a figure I was able to reduce to zero with a tiny 0.3dB EQ cut on the mix at 150Hz.

Technical considerations apart, though, I think there's a good aesthetic argument for more evenly allocating the low-end to the kick and bass parts here. Here's the fundamental question: is the weight of the kick drum really so much more important to this music than the weight of the bass? To be honest, I'd argue that singer-songwriter material is at least as much about the interplay between melody and chords as it is about rhythmic power. Clearly, few artists are likely to complain in principle about having a huge-sounding kick drum, but it seems counterproductive for that to come at the expense of a deep and solid harmonic foundation. Mike Senior 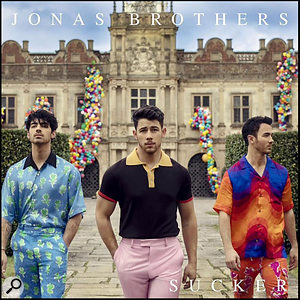 This track makes great use of 16th-note slap–back delays on the vocals, which add urgency to the brothers' percussively rhythmic singing style. You can immediately hear it on Nick's opening falsetto vocal, for instance, although the widening effect that's also been applied to his voice actually obscures the most interesting aspect of the delay treatment, I think — namely that it's a stereo delay. When Joe takes up the melody at 0:14 things get more interesting, as the interplay between the mono dry signal and the stereo slapback creates an appealingly hyperactive stereo effect that really works well. Incidentally, I noticed a definite commonality between this stereo effect and the one I pointed out in my critique of Kacey Musgraves' 'Butterflies' (see SOS May 2019), so I wasn't surprised to discover that both come courtesy of the ever-mysterious Serban Ghenea.

I also like how this song's refrain whips through its little tonal cycle of fifths (C#m-F#m-B-E-A) before slowing the harmonic rhythm for its VI-V-i cadence. However, I can't help feeling that this progression is weakened when the drums join in with the first chorus at 0:35-0:40, on account of that strong pitched resonance (and A note) within the kick sample. You could argue that the producers are deliberately trying to avoid the chorus seeming too stable at that point in the song, but given the clarity of the harmonic messages elsewhere I really don't buy that, and I reckon they'd have done better to filter out the resonance there, or else raise its pitch to a C# (the home key's root), which would have worked better as a pedal tone in that instance. Fortunately, once the proper bass line arrives at 0:42 it overpowers this kick resonance, banishing any further ambiguity. Mike Senior 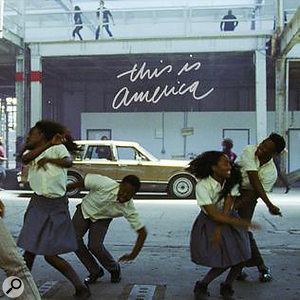 Almost all the music releases I critique in this column have an accompanying video. In the case of 'This Is America', however, it'd be fairer to say that the video has an accompanying music release — seriously, if you've somehow managed only to encounter the audio so far, then get yourself onto YouTube and check out the extraordinarily powerful piece of film-making that all the fuss is about. But I wouldn't want to imply that the music lacks merit, by any means. I particularly like how, once the production's main groove kicks in, the bass line provides such an uncertain and unsettling musical foundation by virtue of its wide, slow triangle-wave pitch-modulation — it sounds to me like it's modulating across a ±1 semitone range at a frequency of about 1.3Hz, although the modulation waveform also seems to retrigger sporadically too.

The many and varied vocal ad libs during the main groove section are tremendous, providing as they do the primary source of variation for that texture through the production's timeline. The sampled chorus vocals at 1:20-1:35 and 2:24-2:40 also really help with the sense of build-up towards the ends of those sections, and create an almost subliminal connection between this darker mood and the eerily upbeat atmosphere of the gospel choir first heard at 1:36. All in all, this is a deeply thought-provoking piece of work. Mike Senior 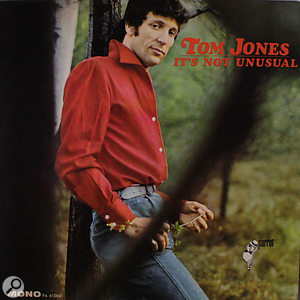 Depending on who you believe, this song's session date may have brought together drummer Andy White (who played on the Beatles' debut single 'Love Me Do'), guitarist Joe Moretti (who also played on on 'Shakin' All Over', 'Out of Time' and many other hits), and pianist Reginald Dwight (better known these days as Elton John), which is quite some line-up! However, what drew me back to Tom Jones's breakout single recently was the sad passing of the song's writer and arranger Les Reed (also responsible for his 1968 hit 'Delilah').

Despite the song's title, it is actually rather unusual structurally. For instance, it feels strange nowadays that there's no 'chorus' as such — the verse manages to achieve both narrative momentum and title-hook saturation on its own. The danger, though, is that if Reed had simply repeated that verse without some intervening variation it'd quickly have become tedious. Fortunately, he chose to end each verse in a unique manner. The first finishes with a two-bar phrase extension (at "I wanna die"); the second loses two bars instead, launching unexpectedly into a long middle section ("it happens every day..."); and the third again loses two bars before closing the song with a short coda ("to find out I'm in love with you, whoa..."). In the process, it's remarkable how often the song deviates from a traditional 4/8/16-bar section paradigm: verse one is 18 bars; verse two is 14 bars; the middle section is 18 bars; and the third verse is 14 bars. Indeed, it's only the introduction and the instrumental solo section that retain their four-square durations at eight bars apiece.

Backing vocalists John Carter and Ken Lewis (a successful songwriting duo who later wrote the hit 'Can't You Hear My Heartbeat' for Herman's Hermits) also caught my ear, but unfortunately because of their rather lame off-beat clapping. To be fair, they're suffering from an unwise arrangement choice, in that there are only two of them at it and, at the most basic level, the impression that so few people are clapping along doesn't exactly inspire confidence in the infectiousness of the groove! But it's also never a great idea in general to layer two of the same instrument together, because it's so unforgiving of performance discrepancies between the musicians — especially when sharp transients are involved, as in this case. And then there's the fact that the two claps rather overshadow the horn riff in the mix balance, thereby undermining the illusion of power from the brass instruments.

Another thing that always tickles me with backing vocalists is when they audible disagree with the lead about the phrasing, as they do here at "Love will never do / what you want to". It seems like it would have been such a straightforward thing to sort out in advance, and I always imagine the instrumentalists on the session rolling their eyes meaningfully at each other as a result. (That said, my favourite example remains Solomon Burke's 'None Of Us Are Free', where he and the Blind Boys of Alabama never quite decide between themselves whether the chorus goes 'is chained' or 'are chained'.) Mike Senior