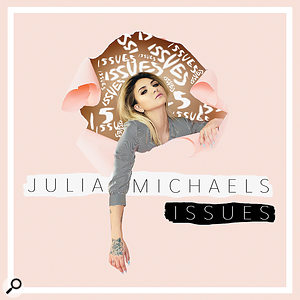 I love this track for its splendidly kooky pizzicato-heavy arrangement, that genuinely surprising first bass entry, and a lead vocal that combines ‘chatty’ and ‘confessional’ in an extremely endearing (and commercially savvy) manner. On a technical level, the bass is worth closer attention, because it seems that a good dose of distortion has been applied to give it attitude and small-speaker translation, and that the drive amount appears to have been varied to adapt to the changing mix texture. To start with it’s pretty subtle, whereas it gets pretty darn furry by the time we reach the final choruses — check out the super-saturated fill at 2:21, for instance.

The reverb on the strings feels like it has a definite eighth-note rhythmic ‘bounce’ to it. I don’t know whether this is inherent in the recording, or has been implemented by predelay or reverb envelope settings, but I think it really helps the momentum of the track in a near-subliminal way. This is a trick that’s normally associated with drums, where a rhythmic reverb can often usefully improve the apparent groove, but (as this example demonstrates) the same fundamental principle has the power to benefit any rhythmic part.

The vocal echo in the opening verse is another lovely detail, fading up to emphasise the melody’s characteristically abrupt end-of-line jump from Eb to Ab (for example, you get it twice on “when I’m down I get real down, when I’m high I don’t come down” at 0:12). Now, I’ve often mentioned the idea of riding up delays to fill inter-phrase gaps simply from the perspective of keeping the listener’s attention, but this highlights another important role that such rides perform, namely amplifying the hook potential of interesting melodic moments by virtue of immediate repetition. Mike Senior 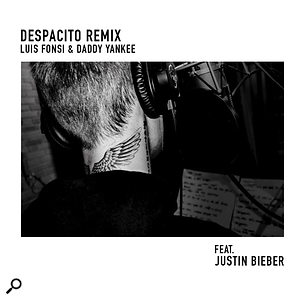 Comparing the Bieber-ised version of this global smash with Luis Fonsi’s very similar original mix throws up some interesting questions. For a start, why has the polarity of the remix been inverted? I realise that some people feel that the absolute polarity of things like drum sounds are an important concern, but try as I might I can’t hear any improvement in the remix’s main kick sound. In fact, once you loudness-match the two mixes (the EBU R128 standard suggests the remix is about 1.2dB louder), the original’s kick sound feels appreciably punchier, and in general the quality of the whole mix seems to have suffered unacceptably for the sake of a comparatively small volume hike — the bass feels much warmer in the original, for example, while the stereo image is wider and more open-sounding.

Then there’s the issue of vocal levels. Now I can understand that Camp Bieb may have wanted to go for a more singer-heavy mix, so I wasn’t surprised to find his voice louder on the whole than the corresponding voice in the original song version. My question, though, is why does Daddy Yankee’s melodic rapping (1:45-2:06) seem appreciably quieter in the remix? Did the remixers feel that his Spanish-language lyrics wouldn’t carry as well with English-speaking audiences anyway, so weren’t too worried about lyric intelligibility and therefore balanced the track more in favour of the groove? Or was it done to increase the impact of Bieber’s subsequent entry on “pasito a pasito”?

What is unquestionable, though, is that the producers behind this track haven’t wasted the potential of their hook line “Despacito”. The way they draw attention to its first appearance at 1:01 by suddenly slowing the tempo by about 20 percent for two beats is a masterstroke. Sure, they took their cue from the meaning of the word (which translates literally as ‘slowly’), but that’s not to take away from the fact that they judged this stunt beautifully: it puts the brakes on just enough to heighten the anticipation of the downbeat, but not so much that you totally lose the sense of rhythmic momentum during the hiatus. Of course, the risk of antagonising the party-goer by disrupting the pulse they’re busy twerking to increases as the groove becomes more entrenched, so the producers wisely choose a different tactic at 2:29, putting the hook line in a two-beat phrase extension instead, again slowing the arrival of the expected downbeat, but this time without affecting the underlying tempo. And even though they eschew such rhythmic shenanigans for the other four “Despacito” appearances, they still carefully hollow out the backing arrangement in each case, so you’re in no doubt what to type into Spotify, whatever language you happen to speak! Mike Senior 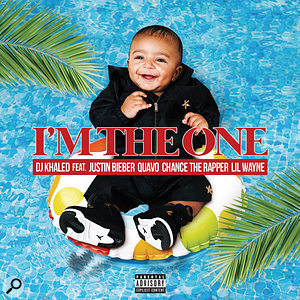 You don’t hear auto-panning effects that often these days, so I was immediately struck by the left-right movement on the chipmunked vocal sample here. But once you’ve got over the rarity value, notice how the sample seems so much stronger at the edges of the stereo image than at the centre. The reason for this becomes apparent the moment you switch to mono, where the volume of that sample is revealed to be absolutely rock-solid — in other words, the panner’s operating according to a -6dB pan law to keep the sample’s level in the mix’s stereo Middle component consistent (if you’re wondering what a pan law is, check out Hugh Robjohns’s elegant summation in August 2016’s Q&A: http://sosm.ag/aug16-pan-law). The side-effect of this is that the panned signal in stereo sounds roughly 3dB louder at the extremes than it does in the middle, and I agree with the producers that this is probably a more acceptable side-effect than destabilising the balance of such an important element on single-speaker mobile devices, given the target market. Mike Senior 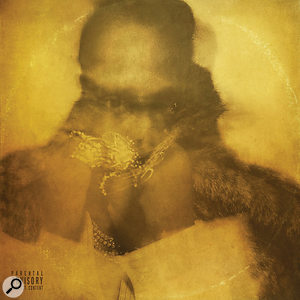 Future’s best-selling single to date, this track has been hanging around in the upper reaches of Billboard’s Hot 100 for 15 weeks at time of writing, and with good reason. Not only is its sparse combination of drum machine and flute-adorned sample ear-catchingly moody and atmospheric, but it’s also extraordinarily efficient in production terms. Both the kick and the rap are left all but free from competition as far as masking is concerned, and can effectively have all the mix real-estate they like.

In the case of the kick, it sounds like the producer’s filled this space by going to town with compression and saturation on an 808 sample, generating so much sustain and mid-range harmonic content from the fundamental pitch that it operates simultaneously as a bass note — and has then pitch-shifted that note to create a bass line that fits the music. Not a bad way to get around the perennial “How do I fit my kick with my bass?” mixing conundrum! I think the openness of the arrangement also serves Future’s rapping style well, because it allows the lyrics to remain intelligible without resorting to heavy compression that would likely have weakened the emotional impact of the drawling, super-laidback vocal delivery. In other words, there’s so little going on that he can afford to swallow weaker syllables in his characteristic way without us losing track of his meaning.

But what also really caught my ear in this track is that the rap is covered in what sound like the gently warbling artifacts of fast-release automatic pitch-correction — check out “boosting my adrenaline” at 1:15 for a particularly striking example. Now clearly this can’t be anything to do with tuning discrepancies, as Future’s rapping, for all its other qualities, is not what anyone would instinctively classify as a ‘pitched’ sound. So I’m assuming this is just another of the litany of Auto-Tune effects that hip-hop producers are using to enhance the texture and personality of a rapper’s performance. But despite the obvious stylistic precedent for this kind of thing, it just sounds too much like there’s some joker drumming their fingers on his Adam’s Apple for me to take it entirely seriously... Mike Senior

One of pop music’s hoariest old tricks is the addition of backbeat claps. A musical cousin of canned laughter, this usually seems designed to work by a kind of subliminal peer-pressure: “If all those people are clapping along,” it cajoles, “then surely the groove must be irresistible!” It never ceases to surprise me, therefore, how often such a pop staple sounds so lifeless and uninspiring on record, this Monkees song being a case in point. Check out the three backbeats following “meant for someone else but not for me” (0:13), for instance, which only appear to feature two or three people clapping (hardly a massive subliminal vote of confidence) and offer little more than a dead-sounding transient with none of the harmonic or acoustic complexity that clapping has in most normal real-world contexts. 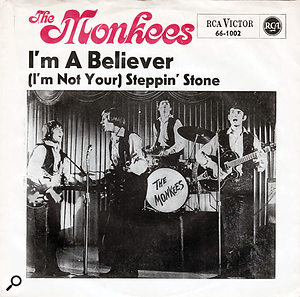 Sensibly, the producers have chosen to blend in a tambourine alongside, the rich sustain of which rather effectively conceals the weaknesses of the raw clap timbre, and (for me, at least) somehow generates an illusion that there are more clappers in action than were actually recorded. Just try not to listen too carefully...

The tambourine’s place in the stereo picture is also worth mentioning, because although it initially appears to be panned off to the right (with the claps that are presumably on the same tape track), you can also hear a less prominent tambourine within the mono backing-band balance. This not only widens the combined tambourine image for the backbeats, but also causes the instrument to hop into the middle for the downbeat of the bar preceding the chorus, where it’s only played by the backing band.

Micky Dolenz’s lead vocal provides another intriguing stereo feature, inasmuch as it appears to be panned slightly to the left, rather than dead centre as you might normally expect. It’s not a question of the whole mix being left-heavy either, because the backing band remains resolutely down the middle. So was this an intentional mix decision?

I have heard some engineers suggest that slightly off-centre vocal panning can help with stereo separation without significant mono incompatibility issues, for instance, so maybe that’s a potential justification here. I have to say, though, that I’m inclined to concur with whoever remastered the track in 2006 and pulled down the left-channel level about 1.5dB to recentre the singing, because this also reduces the relative level of the backing vocals in the mix — no bad thing, given how they rather dominate the balance at moments such as “love was out to get me” at 0:16. (Incidentally, if you’re tracking down that remaster anyway, do have a listen to the ‘alternate version’ mix of this song too, as it makes the intricacies of Wrecking Crew regular Carol Kaye’s bass part much more clearly audible.) Mike Senior