Brush up on your listening skills, as we deconstruct some tracks from a production and arrangement perspective. 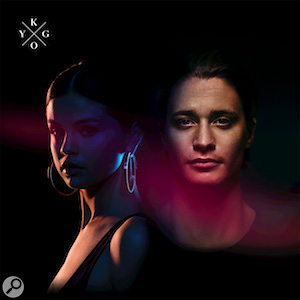 This production offers a clear example of how the sound of a kick drum can be adjusted in response to the changing needs of an EDM arrangement. The kick-drum you hear in the latter stages of the first verse (from 0:29) works very nicely within that arrangement context, lending more rhythmic impetus without subverting the contemplative mood of the vocal performance at the point. The sound lacks no low end, but also has plenty of low mid-range warmth to bring it out on small systems, and the hint of hi-hat hovering over each hit lends it a little ‘air’ without overly hardening the edges of the rhythmic events. When the main hook section arrives at 1:17, though, you can clearly hear how the ‘point’ of the kick drum becomes much better defined in the high frequencies, adding a more assertive feel to the groove. If you phase-cancel the two sections against each other, it seems pretty clear that we’re not hearing a different sample here, so either a low-pass filter has been opened up for the hook sections or (I suspect) a second percussive sample, rich in 1-4 kHz attack energy, has been layered with the kick to enhance its upper-spectrum cut-through.

What also struck me about this arrangement was how well the final extended hook section upsets the expectation that the drums will return at 2:36, instead pushing up the envelope-processed piano riff right into your face. Not only does this allow a second build-up (making good use of that duller verse-section kick drum again) to intensify the full-texture hook-section repeat eight bars later, but it also shines a light on a subsidiary part within the arrangement, alerting us to the details of its unusual envelope-modulated character that weren’t apparent before we had the opportunity to study it in close-up. It’s a welcome reminder that the sound-design subtleties that are crucial to the appeal of modern EDM won’t really make an impact on the listener unless you feature each sound at centre stage for at least a brief moment. Mike Senior 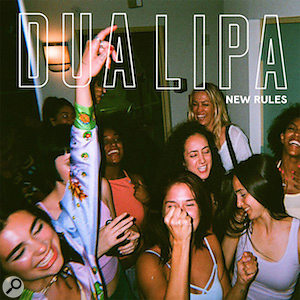 It’s the details of the programming and mixing that really elevate this production for me, starting right at the outset with that beautifully leisurely 3/8-note ping-pong vocal-delay spin, its echoes becoming increasingly filter-mangled as they regenerate. The high-feedback backing-vocal treatments at 1:33, 2:20, 2:30 are equally ear-catching, so it’s no surprise that spot-delay fan Josh Gudwin’s credited with the mix engineering — he’s previously revealed in interview that he likes to set up a variety of effect spins on separate tracks within his DAW project, so that he can easily apply them to any given piece of audio just by dragging clips, without having to faff around with automation data.

The verse’s falling bass glissando (first heard at 0:25-0:30) is another cracking production hook, spanning the wide interval of a tenth and drawn out just a touch longer than you’d expect, while the rising step-wise movement of the unison string stabs generates similar musical momentum over a four-bar stretch in the chorus (eg. 0:42-0:58). My favourite arrangement device, though, has to be the downbeat of the hook section (first heard at 1:00), which is dramatically weakened so that the texture almost seems to fold in on itself, an impression enhanced by a 50ms silence immediately following the downbeat. Although this robs the onset of the chorus of sheer feel-good acoustic power, I think it more than makes up for in head-turning surprise value. Mike Senior 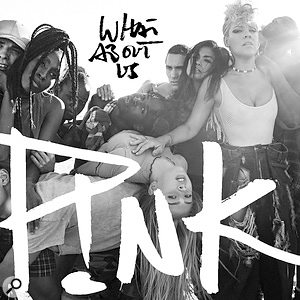 This song’s stripped-back opening verse showcases a range of perceptual tricks pop producers commonly use to make lead vocals super intimate and upfront. Most obvious is the brightness of the timbre, and that the upper spectrum has been processed (typically with some combination of EQ, distortion, and de-essing) to make it both denser and more consistent than you’d expect in real life. This plays on the fact that, in nature, high frequencies are more easily absorbed and obstructed by the physical environment — even the air itself absorbs high end to some extent. So if you brighten the singer’s tone, the perceptual implication is that they’re separated from you by fewer obstructions and less air.

The sense of acoustic space has an important role to play too, and on the face of it the easiest way to bring a vocal upfront might seem to be mixing it totally dry, the psychological suggestion being that the singer’s direct sound can totally eclipse their reflected sound only if they’re standing right by your ear. While many productions have adopted this policy, it sounds a bit stark for pop ballads, and you can actually achieve a similarly upfront vocal presentation even when you’re using long-tail delay/reverb effects in your mix, so long as you clearly separate the vocal’s dry and wet signals. The concept here is that if you use your effects to sketch the contours of some vast acoustic expanse, but still place the dry vocal right next to the listener, the depth contrast enhances the singer’s sense of nearness. To pull this off, your effects therefore need to sound as distant as possible: dulled as if by environmental/air absorption; lacking in transients and lyric intelligibility by virtue of a complex and recirculating pattern of reflections; slow to follow the dry signal, implying that the nearest reflective surfaces are a long way away; and perhaps including a couple of slightly more distinct echoes to hint at large solid boundaries somewhere in the distance. In other words, exactly the kind of effect on Pink’s voice here!

Stereo widening treatments are also often used to simulate the acoustic reality that a singer standing right in front of you will sound perceptually broader than one standing further away. This is the facet of Pink’s vocal effects that I find most striking, as the widening treatment is pretty strong — just hit the mono button and you’ll hear what I mean! Soloing the Sides signal reveals tuning impurities which suggest that some variation on the classic Harmonizer-style pitch-shifted delay patch is at work in this case. (For full details of how to set this up, check out my ‘How Can I Achieve A Wider Vocal Sound’ Q&A response in SOS November 2008.)

In short, this song provides a great case-study for any student of pop vocal production. Oh, except for that ‘f’ sound at the end of the word “enough” (1:54), which sounds incongruous enough that I’d wager it’s been pasted in from some utterly different vocal line. Actually, it tickles me to imagine it might even have been a separate drop-in: “Once more, love, just for the eff. With feeling...” Mike Senior 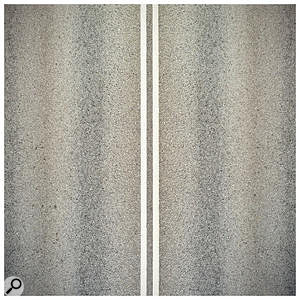 Once I’d finished laughing like a drain at the start of the second verse (“The way she fit in those blue jeans, she don’t need no belt, but I can turn ‘em inside out, I don’t need no help.”) it was the finger clicks that most caught my attention. Although this percussive element is a stalwart of many mainstream styles, it’s often far from easy to mix. The problem is that recordings of finger clicks rarely present much true mid-range energy, so tend to lack solidity and sound thin once placed at a sensible level in the balance. This is especially true in situations like this Sam Hunt song, where they’re being called upon to provide the main backbeat on their own. Indeed, listening carefully, I’m pretty sure that part of the reason they hold their own here is that there’s some kind of soft snare hit or guitar palm-mute sample layered surreptitiously amongst the click layers to add mid-range punch. Check out the first section of the first verse (0:11-0:21), for instance, or the first chorus (1:10-1:27), and compare the sound of the stereo Middle and Sides components, since the additional mid-range appears to be centrally panned. Mike Senior 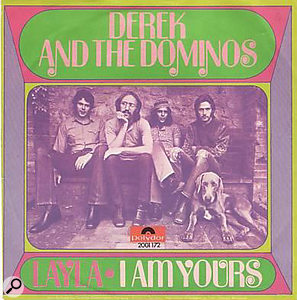 Despite that festering old “knees/please” rhyming cliché (scarcely more endurable than the likes of “girl/world” and “baby/crazy”), there’s plenty to enjoy in this production, not least an extraordinarily compact song structure that manages to squeeze three verses and four choruses into less than two minutes of running time. Underpinning the guitar riff that lauched a thousand Vauxhall Astras, there’s also a clever guitar arrangement that’s been designed to work just as well in mono as in stereo. It’s constructed of three elements. Firstly, there’s a simple powerchord part built on the root notes of the chorus’s Dm-Bb-C-Dm chord progression. This effectively doubles the bass line, but where the bass guitar places its notes squarely on the first and third beats of the bar, the powerchords (and indeed the riff) push all but the first chord early by an eighth-note — an essential ingredient in the excitement of the groove, in my view. This part is also resolutely mono, so loses nothing on single-channel playback systems.

The other two guitar parts, which generate the stereo width, use the same rhythm, so at first listen you might mistake them for regular hard-panned double-tracks. However, the left-channel focuses on the middle voice of each chord (the third of each harmony) and the right-hand channel concentrates on the upper voice (the fifth of each harmony), and they only rarely alight on the same note. This means that when they’re summed to mono, they don’t sound ‘smoothed out’ or chorusey in the way that ‘same part in both channels’ double-tracks tend to — even though they do of course lose some subjective level relative to centrally panned sounds (eg. snare and bass), as you’d expect.

The vocal tone is striking too, because it’s actually pretty muffled by modern standards, both rather tubby in the 350Hz region and also rather out-matched at the high end by the drums and percussion. Lyric transmission does suffer a little as a result, but on the plus side, the vocal timbre does significantly bolster the illusion of power from the band instruments, the implicit message being that if the singer’s busting a gut and is still fighting to be heard, then everyone else must be bloody loud! (And speaking of illusion, bear in mind that both lead guitarists used small Fender Champ combos while tracking this record, so don’t assume that you need massive stacks to get a big sound.) Leaving that aside, though, I can’t help thinking that the delayed onset of the lead vocal in chorus three (1:45) sounds suspiciously like it’s been the victim of a tardy punch-out... Mike Senior