‘Take Me To Church’

Although the stars of the show in this production are clearly Hozier’s songwriting and singing abilities, the reverb–saturated mix also makes a strong sonic statement in its own right. On the plus side, such heavy reverb use immediately sets this mix apart from most mainstream productions, so there’s no question that it catches the ear immediately within pretty much any modern music playlist. 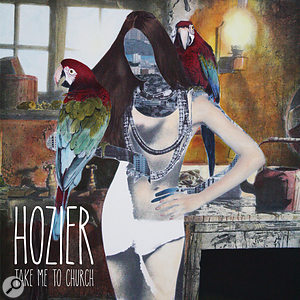 It’s cool also that it sits so naturally with the ecclesiastical conceit at the heart of the lyric. However, it comes at a price: one of the strongest musical moments, the four–note ‘scotch snap’ riff which underpins the main lyrical hook becomes seriously blurred, which undermines its musical power for me. In fact, I think it’s telling that all the live/televised performances I’ve seen him do of this song have been mixed to be much better defined in this respect, so I don’t think I’m the only engineer harbouring this view. I don’t think it’d have taken more than automating/EQ’ing a few effects sends/returns to clarify this aspect of the single mix — it seems a wasted opportunity.

On the subject of live performances, I noticed that Hozier typically sings his second verse section (1:27–1:59) roughly a fourth lower on stage than on record, something which makes sense to me on two counts. The first is the purely practical issue that the recorded line is right at the top of his register, so presumably puts a lot of strain on his voice. Fatigue is a big issue for performing musicians, so I can see the logic in removing those tiring high–register notes from the verse in order to conserve stamina for the choruses, especially as Hozier already seems to struggle to avoid those higher pitches drifting flat — even when, as on Later With Jools Holland, the whole song was wisely transposed down a tone.

But there’s an aesthetic dimension to the decision too: I think the song works better on a musical level with that verse lower, inasmuch as it differentiates the verses better from the choruses. Without the high-G notes of “tasty” and “plenty”, the hook “take me to church” simply makes a bigger impact, not only in terms of pitch, but also in terms of emotional intensity as the vocal timbre inevitably becomes more strained. Mike Senior 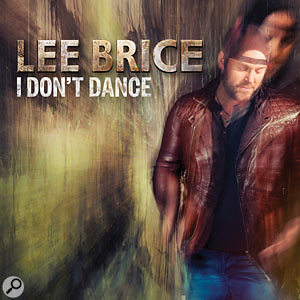 This recent country hit has some nice arrangement devices that assist the song’s sense of build–up. The first is the nice reverse–envelope chordal transition at 2:54, leading into the final choruses. It’s tricky to say exactly what’s creating it, but I’d say it’s either backwards piano or a guitarist fading in a strummed chord using their volume control. A more common transition effect, the cymbal swell, is used heavily, but don’t dismiss it as hack work: notice how adroitly each instance is tailored to suit its environment. The first one (at 1:36), for instance, is abruptly truncated on the downbeat into the second verse, which catapults your attention rather neatly back towards the lead vocal there, whereas those following decay more naturally, until the final tantalising one, right at the end of the song (3:50). Then there’s the swell which ushers in the first chorus at 1:57, both quieter and less bright than that which announces the subsequent, fuller–textured hook section at 2:23. And the degree to which an on–beat cymbal hit is used to emphasise the swell’s destination point is also a distinguishing factor: compare, for example, the way the downbeat into the gentle middle section has deliberately been left rather subdued without the on–beat hit, in stark contrast to the heavily emphasised arrival downbeat of the final choruses at 2:54.

Another subtle build–up trick is in evidence during the second verse (1:37–1:58), a repeating march–like drum pattern of one eighth–note hit followed by two 16–note hits. The secret of its propulsive nature is probably an automated low–pass filter, because the sound starts off almost subliminally from the low end, only really becoming audible in the low mid–range as an independent percussion layer around the midway point (1:47), before pushing its way forward out of the texture as a mid-range–heavy fill at 1:57. Using low–pass filtering in this way may be more closely associated with EDM, but this demonstrates that you shouldn’t rule it out for other styles.

The main electric–guitar chords in the final choruses seem rather stodgy timbrally, and I imagine that avoiding tonal muddiness during the final mixdown may have been difficult as a result. Partly, it’s some of the chords used: inversions (eg. the Ab minor 6 at 2:58) and minor chords (eg. Bb minor) tend not to sound as clear via a distorted guitar amp as root positions and major or open–fifth chords. But I think it’s also that the chords seem to cluster a lot of notes into the lower registers, which naturally encourages a thicker–sounding texture, an effect exacerbated by Ab and Db upper pedal tones sustaining over the top of other chords. While the producers have kept the mix on the right side of woolly in this case, I’d personally proceed with caution when using these kinds of chord voicings in your own productions, and pay extra attention to tuning to minimise the risk of low–mid-range mix sludge. Indeed, this is the kind of situation where you might even consider overdubbing every chord separately, so you can optimise the instrument’s tuning each time — a technique that’s certainly not unheard of in Nashville. Mike Senior 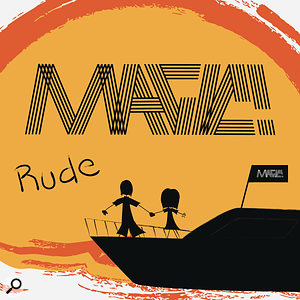 As you’d kind of expect from a reggae production, delays are an important ingredient of this mix, providing not only a variety of ear–candy (such as the opening timbale fill’s rippling decay tail, the recurring 16th–note ping–pong spin first heard at 0:12–0:14, and the arrhythmic wobble on the final note of that fabulously grimy guitar solo), but also an important element of the lead–vocal arrangement. If you listen carefully for the latter’s eighth–note repeats, you can really hear the mix automation breaking a sweat to pull up entertaining little echo spins wherever the vocal interest might otherwise have waned. Just up to the end of the first chorus, for instance, we get prominent repeats on “raced like a jet” (0:10), “old–fashioned man” (0:23), “answer is no” (0:39) and “we’ll be a family” (1:02), and they get more frequent as the arrangement progresses. Yet it’s crucial to realise how ruthlessly the echoes are excised wherever they might interfere with the lyrical message — you don’t lose a single word to unfortunate overlaps. The delay automation also serves a long–term purpose, helping to differentiate the character of each song section, perhaps most dramatically when the delay briefly dries up for the return of the verse at 1:15.

There’s a great example of opposition panning during this song’s verses too, where complementary clavinet and guitar rhythm parts are panned to opposite sides of the stereo field. This basically performs a kind of mass–market translation slam-dunk: in stereo it sounds wide and full; through one side of a pair of earbuds the listener still gets an individual rhythm part that’s both interesting and solidly nailing the groove; and in mono listeners don’t get timbral damage from phase–cancellation (frequently a problem with stereo keyboard/guitar recordings) or chorusey side–effects from any kind of single–instrument double–tracking. It’s a thing of beauty.

Finally, notice how the combined ‘kick plus snare’ hits in that “marry her anyway” refrain never flam at all. Every live drum recording I’ve ever heard with this kind of dual hit has always been rather more variable than this in terms of the timing, and without editing out the flams (which I usually do by cutting a cleaner combined hit from elsewhere in the drum take) it’s almost impossible to achieve this kind of chart–friendly groove consistency. Mike Senior 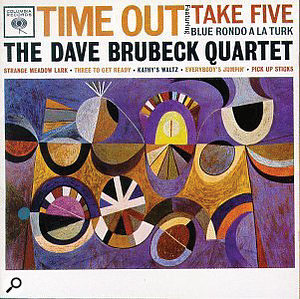 One of the most instantly recognisable jazz recordings, and the first single in its genre to sell a million copies, this record is also very educational from an engineering perspective, not least because there are some great session photos which show pretty much everything you’d want to know about the mic setup used on the Columbia Studios tracking dates. John Bolger’s www.davebrubeckjazz.com site, for instance, has a tremendous picture showing each instrument’s single spot mic in situ. The position of the drums mic — around chest height, a few feet in front of the kit — makes a lot of sense, given the rather ride–heavy balance and spiky stick definition on the recording, while the mellowness of the piano’s tone was doubtless aided by keeping its mic just outside the edge of the open lid about three feet from the strings. The closer mic positions for the saxophone and bass are also reflected in their greater degree of mechanical noise — though this is of an aesthetically pleasing variety to my mind, emphasising the breathiness of the sax and the upright bass’s plucking transients and string character.

Another thing to take from the session pictures is that there seem to be no gobos separating the players, so spill would inevitably have formed an integral part of the ensemble sound. For anyone interested in this style of one–room recording, what’s great about this mix is that the drums and piano mics seem to have been hard–panned to opposite sides, so you can hear what the balance sounded like without each of their direct signals by simply listening to the left and right channels separately. In both cases, I’d suggest that it’s the spill on the opposite channel that’s largely responsible for blending this production together, and you’ll also notice that the right channel’s ride–spill level is much stronger than that of the snare spill, another factor in that instrument’s comparative prominence.

By the same token, you can also get an idea of the spill levels of the bass and sax on the drum/piano mics by listening to the stereo Sides signal, given that those two instruments are both fairly central, whereupon you discover that the sax’s upfront sound is as much to do with the absence of spill on the other mics as it is to do with its comparatively close spot–mic placement. Of course, player Paul Desmond’s quiet delivery is also an important factor in this (as well as being crucial to the intimate, smokey timbre), because it would have caused the instrument to project less level out into the room. The sax mic is naturally also picking up spill itself, primarily from the piano and drums, and there’s a great opportunity to hear the impact of this on the mix a bar and half after the sax’s last note (1:50), where I’m pretty sure this mic is suddenly muted, presumably to avoid its spill overly distancing the louder snare and tom hits during the extended drum solo. (I suspect that this mix change may have been effected by a slanted–splice tape edit between two mix versions, rather than by physically adjusting a mixer control, because the mix seems to change in the subtle ‘left–to–right swipe’ kind of way I’d associate with that.)

A final intriguing aspect of this production is that, while the musicians are panned for stereo, the added chamber reverb is resolutely mono. While this is rather a pleasant effect where the sax is in the ascendant, I find it gets a bit distracting once the drum solo’s underway, almost as if the drums and piano are teetering on either side of a small mineshaft! Mike Senior