When these two songs recently occupied the top two spots in the Billboard Hot 100, I was struck by the radically different presentations of Iggy Azalea's vocal tone, but neither of them thrilled me! On her own record, 'Fancy', I can't help feeling that the vocals' high frequencies have been over‑hyped during recording and mixing. A truckload of 12kHz will usually razor its way through a mix, but it's possible to have too much of a good thing: the sibilance in particular is pretty painful, with a harsh, whistling edge that makes me wince well before I've reached hip‑hop‑worthy playback levels on a full‑range system. On smaller devices the results aren't that good either, due to the loss of Azalea's more authoritative lower resonances. Had they given her a couple more decibels around 1.5kHz, this would have brought her considerably further forward in the mix without making the rest of the track sound small, and would have brought her through more clearly on bandwidth‑limited mass‑market systems — presumably a benefit, as she evidently has the mainstream firmly in her sights. 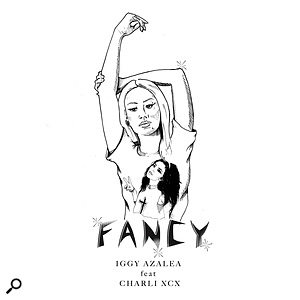 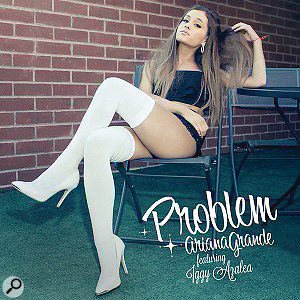 Even if you roughly equalise Ariana Grande's track 'Problem' to compensate for the significant differences in overall mix‑tonality between it and 'Fancy' (try broad peaks of ‑3dB at 250Hz and 2dB at 2.5kHz), Azalea's timbre still seems rather congested, with too much energy in the 200 to 500 Hz ballpark for my liking. It also seems to be battling its way through the mix primarily by virtue of a narrow peak around 4kHz, a frequency that I'd not have chosen for her voice — she already has a hardness and nasality to her basic delivery, which becomes rather whiny when emphasised like this. (Try parking a narrow EQ notch over the whole mix at 4.1kHz if you want to hear what I mean.) Again, I'd have preferred a couple more decibels of real mid-range, although perhaps a little further up the spectrum in this case, maybe even as high as 2.5kHz. Mike Senior 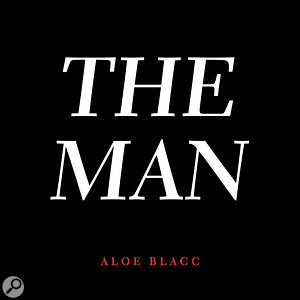 Most serious students of songwriting and record production spend a healthy amount of time poring over their favourite records, trying to glean techniques which might elevate the quality of their own work. Far fewer people, though, make the effort to scrutinise productions they actively dislike — but they should, as this can be equally revealing.

A recent case in point for me was this single from Aloe Blacc, which I've found increasingly irksome each time I've heard it. It's not meritless by any means: I've loved Blacc's voice and performance style ever since 'I Need A Dollar' (critiqued in this column back in SOS September 2011); the rhythm section has an admirably deep, powerful groove; I like the arrangement's athletic horn, string, and backing‑vocal parts, and the scattered Marvin Gaye‑style soul flavours besides (most notably in the middle section at 2:45‑3:07); and I can't fault the mix's fullness, clarity, and overall pacing. What bugs me, though, is that the music just seems to ramble along aimlessly, without any real sense of purpose, such that all those other good things just feel like they're expertly shuffling the Titanic's deck‑chairs.

As it wasn't immediately obvious to me what might be at the root of this malaise, I dusted off my manuscript pad and determined to get the bottom of it. I suspect that a major contributing factor is the basic harmonic skeleton of the chorus sections (G‑D‑Em‑D‑A‑Bm‑A‑G‑A‑Bm‑A‑G), which also appears in truncated form elsewhere. In the first instance, step‑wise root progressions tend to sound a bit disjointed in popular music compared with progressions based around thirds, fourths or fifths, simply because you don't get any shared notes between adjacent chords. The meandering D‑Em‑D, A‑Bm‑A, and A‑G‑A oscillations also feel rather directionless, and this effect is compounded by the bass line, which sticks to each chord's root note most of the time, rather than embarking on any more independent musical phrase‑shape that might have made the non‑standard section lengths (for example, the 10‑bar verses and choruses) feel more logical.

I don't think holding the G-major chord across so many bars helps matters either, for example across the boundary between the verse and chorus and at the repeat of the main harmonic pattern at bar five of each chorus. Firstly, it's a pretty good rule of thumb that a change of chord at the start of a new section tends to sound more assertive; and, secondly, the emphasis placed on that G chord combines with the lack of any strong cadence towards D major or B minor to lend the production a kind of Lydian modal flavour. Now, I've nothing against Lydian mode in principle, but it's difficult to build significant momentum towards its home chord when that doesn't seem like the most natural point of rest for many Western listeners, raised as they are on a musical diet rich in major/minor tonality.

What really gets my goat, though, is that this already shaky foundation is adorned with masses of non‑functional dissonance. In other words, dissonant notes which don't attempt to release their harmonic tension through some kind of obvious consonant resolution. I'm no reactionary when it comes to embellishing chords with added notes purely for colouristic purposes (some of my best friends are clusters...) but, by its nature, non‑functional dissonance makes chord progressions more ambiguous, and that means that they usually work best when the tonal backbone is fundamentally strong (as it is in a lot of classic soul tunes), or where the audience is already familiar with the song's basic framework (for example when standards are extensively reworked by jazz ensembles). With a mainstream‑oriented production that's already as harmonically invertebrate as 'The Man', bucket‑loads of blue notes just sound like an admission of defeat — a bit like slapping tons of reverb on an out‑of‑tune singer!

I don't imagine Mr Blacc will be losing much sleep over such matters, given that the single's been his most successful to date, but I can't help feeling it's a triumph of form over content. Maybe I just don't got soul... Mike Senior 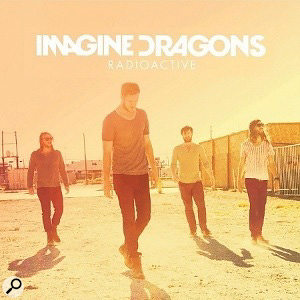 Any loudness processing at mixdown will have sonic side‑effects, so if you're intent on smashing your production right up against the digital endstop you'd be well advised to account for these at mixdown.

Whether for good or ill, one common loudness‑maximisation method these days is clipping. In other words, squashing (or simply flat‑topping) the mix waveform against the 0dBFS ceiling, the main side effect of which is a fairly harsh‑sounding distortion. A lot of producers therefore make a decision to drive their drums into clipping, reasoning that the distortion components will be masked by the noisy nature of the drum sounds themselves. Others do the same with bass parts, where the added distortion harmonics remain musically related enough that they primarily change the tone of the part rather than making anything sound like it's substantially broken. The moment that other non‑percussive sounds start clipping, though, you've reached a point of diminishing returns —unless, that is, your production deliberately trades on digital‑style glitches and distortion, as in the case of this recent Imagine Dragons hit.

The main synth bass line seems to have been purpose‑designed to mitigate the sound of clipping distortion. That's not to say it masks it, because it doesn't. Rather, it hides it in plain view, by establishing an aesthetic framework within which it seems to belong: it's not just grungey and lo‑fi, but also so bombastically large‑scale that it seems almost fitting that it should be overloading your playback device.

Opinions will doubtless be divided as to whether this is 'A Good Thing', of course, but whatever side of that debate you happen to be on, don't leave this track before admiring a nice example of a classic drum‑programming device: the reverse envelope transition effect that precedes every second snare drum. Not only is this well‑calculated to improve the track's clap‑along appeal, but it also works rather nicely to give the backbeat‑only snare part a little ebb and flow. I also find that it heightens the effect on those few fills (eg. 1:09, 2:06 and 2:48) where the decay of the snare drum itself appears to have been shortened. Plus, I reckon if there were a Grammy award for Incongruous Yet Effective Overdub Of The Year, then that high bamboo‑flute counter‑melody in the latter part of the second verse would be a hot favourite... Mike Senior 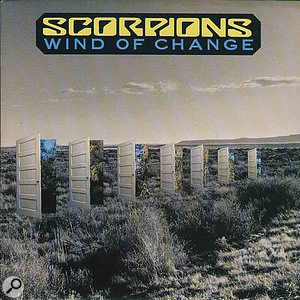 This torchsong of German reunification is so familiar that it's easy to forget how odd‑sounding it is in some respects. For example, the acoustic guitars are some of the thinnest‑sounding you'll hear on record, operating as little more than upper‑spectrum percussion, plugging the gap in the texture left by the drum mix's threshold‑of‑audibility hi‑hat and ride levels. So unnatural is the balance of the drums cannonade relative to the ghostly cymbals, in fact, that I find it quite hard to believe they were actually recorded at the same time — it's certainly not unknown for bands to overdub cymbals after the fact in order to allow maximum mixdown control over the snare and tom tone. You're also treated to a fine example of the classic rock paradox of short, dry kick versus massively roomy snare/toms, and the relative level of the electric‑guitar power chords during the choruses is pretty weird as well if you think about it. Compared with the up-front bass and lead vocals, they sound like they're on the other side of the Berlin Wall!

The strangeness doesn't end there: the musical structure is remarkable for a rock track, in that the only traditional four‑bar phrases appear well over three minutes in, during the middle-eight and solo sections. What I really like about this is that all the sections before the first chorus (intro, verse two, intro reprise, and verse two) have been deliberately destabilised using half‑bar extensions, ensuring that the six‑bar chorus, together with its lead‑in drum fill, manages to sound considerably more straight‑ahead and directed, simply by sticking to complete four‑beat bars.

The backing vocal arrangement's build‑up throughout the song is nicely paced. Listen to how the phrase "like brothers” is picked out in verses two and three to give them a subtle lift, but where you might reasonably expect a similar harmony on "of change” later on it fails to materialise, leaving a kind of implied vacuum that's only filled with the arrival of the chorus's ever‑present upper harmony. And although the backing vocals in later choruses trade heavily on that old standard the call and response, the first chorus only picks out the line "dream their way” in this manner, leaving the wailed "take me”, "glory night” and "wind of change” lines to pep up chorus two — but with a completely different sound, namely a single singer panned considerably to the left, as opposed to the other line's wide and diffuse layered texture.

Finally, I have to doff my cap (a leather one, natch, given the video...) to lead singer Klaus Meine. I certainly couldn't whistle that high! Mike Senior