Mix engineer Mark 'Spike' Stent has been something of a hero of mine for many years. If you want to know why, you need look no further than this Coldplay single, which combines all my favourite Stent-isms into a thing of rare beauty. Partly it's the to-die-for vocal intimacy and the glorious compactness that all the primary mix components have; I feel as if I could reach out and grab any of them right out of the air in front of me. Yet there's never any sense that they're trespassing on each other's territory. Clearly the recording engineer must have had an important role to play, but I'd wager that this illusion of almost physical solidity is something that was forged at least as much at mixdown as during tracking. The low end is phenomenally tight as well, with an impressive low-end punch that doesn't just rely on subsonic woof — very much a calling card of this man's mixes, reminding me a great deal of other high points in his credits list, such as Massive Attack's Mezzanine, Bjork's Homogenic, and Keane's debut record. 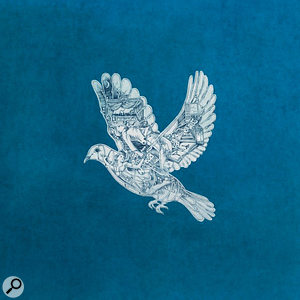 Another aspect of Stent's mixes that's showcased here wonderfully is his fearless use of contrast to create depth, in this case between the dry 'backbone' parts (drums, bass+guitar riff, and lead vocal) and various atmospheric elements, such as the almost subliminal high synth note and reverb spin in the left-channel at 0:07-0:16; the disconcertingly diffuse piano that enters at 0:40; the synth pads, backing vocals, and ambient staccato guitar chops that appear during verse two; and the guitar wash that so effectively expands the horizons of the song's extended middle-section build-up at 2:34-3:36. Yet even the most exposed textures (as in the opening verse) never seem to lack 'mix glue', on account of exquisite use of short ambience, subtle stereo widening, and underlying background noise.

His delays are a treat for the ear. The haphazard multi-tap patch on the piano is fascinating, for instance. I almost wonder whether there's some kind of slow flange or phaser on there too, because of the way the harmonics seem to swirl around the image. Then there's the cool 16th-note ping-pong slapback that helps differentiate the backbeat in the second verse so dramatically from what went before. But my favourite echo of all is the 16th or 3/16th delay that I'd bet my bottom dollar he's sneaking in behind the drums from the second half of the second verse. I can't absolutely swear it's there, because (like a lot of Stent's effects) it would be expertly crafted to melt in seamlessly with the dry sound, but I've heard him do this kind of thing more audibly in a number of mixes, and something about the extra 'skip' in the beat's step from 1:53 triggers a powerful surge of déjà vu!

Another thing I associate with Spike Stent is an active interaction between parts in the arrangement, and there are a couple of great examples here. Check out the way the synth background patch at the start of verse two (1:33-1:50) rises up to surround each lead vocal phrase, and yet at the same time seems to be a little delayed and also reminiscent of the drum rhythms. And there's also the synth part during the outro (from 3:56) that seems to be directly modulated by the drums somehow. Some of this might already have been encoded in the raw tracks, but my previous experience of Stent's mixes leads me to suspect otherwise.

Like all truly great mixes, each new play-through reveals previously undiscovered facets. The automation is stellar (even assuming, almost certainly erroneously, that Stent's Mute buttons can claim no credit for the clarity and dynamics of the arrangement), which doubtless contributes to the constant surfacing and resubmerging of ear-tickling details throughout the song. I could go on — truly inspirational. Mike Senior 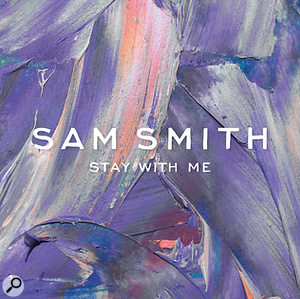 This is an interesting vocal, because it's a lot warmer and cloudier sounding than you'd expect on a chart record — exactly the kind of low-mid-range-heavy sound you'd expect of a handheld dynamic mic right up against the singer's lips. Many engineers would high-pass filter towards a more natural tonality, to avoid a muddy combination with the lower spectrum of other instruments, as well as to keep the vocal from making the rest of the arrangement sound small and anaemic by comparison. However, the advantage of this kind of timbre is that it imparts a real intimacy to the vocal performance, especially when combined with the delicate performance style and 'I'm on the pillow right next to your ear' emphasised high-end breathiness.

What's clever here is the way the production makes space for all this low-end lead-vocal energy. The piano's chord voicings are extremely simple and clear for a start, leaving a fair deal to the listener's imagination rather than filling in too many gaps in the texture, and this clarity is only improved by a spectral suckout in the critical 100-300 Hz region — whether by virtue of instrument choice, mic positioning, or post-recording processing. The choice of high percussion for the song's backbeat is canny too, as it prevents the snare-versus-vocal battle many commercial productions have to deal with. Once the bass arrives it stresses mainly its fundamental and first harmonic, a move that's shrewdly judged, because it keeps it well clear of the vocal warmth region while still providing enough power around 100-200 Hz to service smaller playback systems. On their own, I'd guess that the backing vocals aren't the most pleasant-sounding bunch: rather thin and aggressive in the 2-3 kHz zone. Crucially, however, we only ever hear them over the foundation of the lead-vocal tone, which is pretty weak in this region, so the parts complement each other beautifully.

I love the way this production makes effective use of very limited harmonic resources. Fundamentally the whole song hangs around an old-as-the-hills VI-IV-I progression in the key of C major, but various tricks are used to inject a subtle sense of momentum. Notice, for instance, how the third is missing from the root chord every fourth bar during the introduction and verses — a move which 'hollows out' the sound of the progression to match the delicately wounded/pleading lyrical content. The closure of the verse is then signalled by an almost imperceptible shift to a perfect cadence (VI-V-I) at 0:28, before the bass joins the texture for the first chorus. The chorus brings another subtle embellishment, breaking the harmonic rhythm for the first time with a new G chord on the last quarter-note of bar four, sowing the seed of expectation that a similar thing might happen in bar eight.

The highlight of the track for me is that this expectation is confounded when the bass instead falls a dimished fourth to G sharp, the first chromatic note of the song, delivering a first-inversion E-major chord, which momentarily pulls us towards the relative minor before returning once more via F major to C. A final little touch I like is the way Smith's vocal line resolves the seventh of the E-major chord upwards to E in the following A-minor chord during the first two choruses, but then alters the line to resolve it to C instead at the end of the drop chorus at 2:21, which seems to give it a slightly stronger sense of 'return', as befits its late position in the song structure. Mike Senior 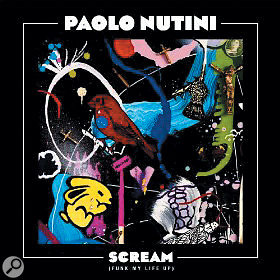 I'm a big fan of singers who make a virtue of the more noise-like elements of their vocal tone, but for me there's frequently a 'sweetspot' in any such vocalist's discography after which these noise contributions start becoming too studied and consistent. We're pretty used to the idea that too much dynamic-range reduction leads to flat-sounding mixes, and I think a similar principle also applies to a vocalist's 'emotional dynamic range' — the fewer moments of emotional restraint there are, the less powerful the impact of the emotional high-points.

Unfortunately, one of my favourite singers, Paolo Nutini, appears to be succumbing to this ailment. Compare his 2007 song 'New Shoes' with this latest release, 'Scream'. In the former, listen to the phrase "bye-bye blues” (1:28), for instance, which for my money makes a much bigger splash than anything in 'Scream', simply because it's taken within the context of the much more restrained verse delivery. We hear that his voice can be soft and clean, so it's a bigger deal when he lets rip. The more recent performance doesn't lack expression or excitement (the third verse at 1:15-1:31 is particularly impressive, for instance), but it's so consistently pedal-to-the-metal that I quickly become desensitised to it. Fortunately, the vocal arrangement of 'Scream' salvages some dynamics by virtue of the more chilled-out backing vocals and middle-section pseudo-rap (1:58-2:23), so it could have been worse, but I fear we may be on a downward spiral... Mike Senior 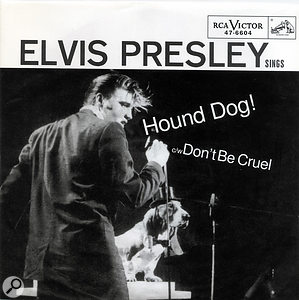 Even after almost 60 years, this production packs a tremendous amount of energy and excitement into its two minutes, a feat I find all the more impressive given the comparatively limited musical scope: a lead melody based around three notes most of the time (five in total); only two verses, each repeated three times; and a fairly small-scale line-up of lead vocal, drums, bass, one guitar, and three-part BVs/handclaps from the Jordanaires. Many of the memorable moments are so direct and stripped back too, such as the verse vocal's E-flat blue-note lead-in, the machine-gun snare fill at the end of each verse, and the wild soloing against those slightly wooden backing vocals.

Speaking of the backing vocals, notice that they don't blend as well with the backing track as the lead vocal does. I reckon this is because of a basic recording challenge that every studio engineer of this era had to wrestle with, namely how to rebalance an instrument or voice that wasn't loud enough against the rest of the band. In this case, I'd guess that the long sustained backing-vocal chords simply couldn't match the sheer volume of Elvis's full-force rockabilly lead, so either the Jordanaires moved closer to the mic and/or the mic was turned up to achieve the desired level balance. Whichever it was, it'd primarily have boosted the dry backing-vocal level, whereas the amount of backing-vocal reverb picked up by all the mics in the room would have remained largely unchanged — hence the drier and less well-blended presentation for those voices.

A little background research furnished me with an additional thought-provoking little titbit about the recording sessions: apparently Elvis did 31 takes before he reached the final version. Stop and think about that for a moment. Thirty-one takes. I'd wager that a large number of project-studio folk have never done 31 takes of anything, let alone a full-band recording, and in a general sense it's sobering to think how much the expectations and discipline of recording musicians appear to have changed in this respect, despite great performances being just as important as they ever were. It's also noteworthy that Elvis must presumably have belted out this number for at least an hour before they nailed the keeper take, yet I get no sense that he's holding back on the throttle at all. As such, the suitably grainy, slightly overdriven timbre of his voice must surely owe something to his vocal cords being a bit ragged by that point — a salient reminder of the important role session pacing plays in capturing appropriate vocal tones for any high-powered singer. Mike Senior