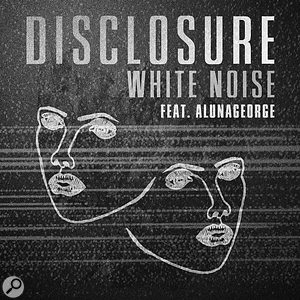 This track has one of the most extraordinarily effective kick sounds I've heard in a while. Not only is it short and tight, as you'd hope with a bouncy rhythmic production like this, but its low frequencies are absolutely on the beat, rather than lagging slightly behind as some samples do. The attack appears to be spread remarkably evenly across the frequency spectrum — with the result that it manages to sound pert and present, no matter how small a playback device it's heard on. It remains authoritative and without a hint of 'plastickiness' on larger systems. Some feat! There's also no excess of energy in the 450Hz range that's giving the bass part its hint of growl, or in the 200 to 300 Hz register where the warmth of the lead vocal fundamentals resides. A nice touch is the way the kick's dulled for the pre‑chorus drop sections (1:20 and 2:56), which really helps bring the vocals forward in the mix, as well giving the kick more subjective impact when it returns for the chorus. And, of course, the characteristic 'one‑drops' scattered liberally across the arrangement (I counted at least eight) are good for keeping the listeners on their toes too — and just when they're getting used to those, we're treated to a 'one‑two‑three‑drop' at 4:32.

But the programming and sound‑design goodies don't stop there. Notice, for instance, how the amplitude‑envelope release time of the main bassline is increased through the track, adding expansiveness to the second iteration of Chorus 1 at 2:08‑2:23 (in conjunction with the high pad that enters there). Then it's increased even further to underscore the sustained pads and heavy delay/reverb effects that saturate the long hook‑based lead‑in to Chorus 2 (3:28‑4:15), as well as providing fertile ground for a nice bit of filter‑sweepage. Almost laughably simple, yet remarkably effective in practice. While we're on the subject of bass, the little teaser entries during the "Lately I've been thinking...” sections (1:05 and 2:40) are another clever little ruse. Bringing in the bass in a production is great for giving any new song section a little lift, but normally if you do that before you reach the chorus you have to find something else to boost the chorus itself. By using just a snatch of the bass line, Disclosure effectively have their cake and eat it in this respect, because the chorus can still offer something substantially more.

The vocal mixing is quite inventive too, tickling the ear with new textures for each new section. Take the first part of the song, for instance: you start with a single crunchily telephonised lead at 0:48, panned off‑centre with a touch of 'corridor echo', before switching eight bars later (1:04) to the smooth, upfront airiness of super‑precise, wide‑panned layers. A centre part then reappears amongst the layers, along with progressively more reverb and a touch of 'wobbulous' high‑feedback slap delay, both of which cut dead going into the first chorus. At that point we get an extra low octave doubling, with a long half‑note echo introducing a kind of call‑and‑response vibe for the second iteration at 2:08. Some producers of electronic music seem to spend inordinate lengths of time programming detailed variations and real‑time modulation into their MIDI parts, and then overlook the idea of doing the same with acoustic tracks such as vocals. Although the vocal effects here aren't as restless as in some pure pop productions, they're still changing roughly every 20 seconds, and the production as a whole would be the poorer without them. Mike Senior 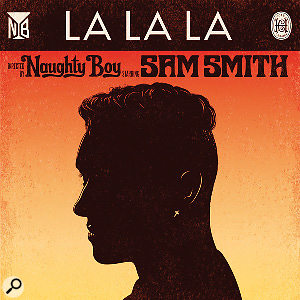 This is a great example of a track that's elevated by virtue of a sample which has been deliberately edited to be a bit ragged. Were it not there, then the extreme precision and quantisation of everything else in the track would feel too sterile and lifeless, but somehow the sample just gives it back a vital glimmer of humanity. By the same token, however, I think it's a shame that the producers didn't reuse that harp introduction, because I suspect (based on a couple of minutes editing and mixing in Cockos Reaper) it could have been layered into the choruses to give a warmer and more organic feel without such heavy reliance on that 'blandissimo' string pad. Mike Senior 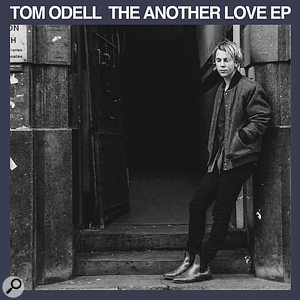 Breathing is something that's so instinctive to us all that it's easy to overlook its role in shaping a vocal performance. Few singles have used the power of breath noise as powerfully as this recent one from Tom Odell, and it therefore repays careful listening 'between the notes', so to speak. The most impressive bit for me is the first verse, where the immaculate rhythmic timing of the breaths gives a fantastic sense of suppressed urgency to his delivery, despite the tremulous vulnerability of the sung timbre — combining those two attributes in the same performance is deceptively tricky to do, and it's the kind of thing few singers can really pull off. Indeed, if I were after this kind of intensity with a lesser talent, then I'd certainly expect to be editing breaths as assiduously as notes at the comping stage.

Some people seem to have a thing about routinely editing the breaths out of vocal performances, and this song makes a good case against that practice. Imagine the damage that would have been done to the emotional power of this performance! That said, it's apparent that the initial breaths of each of verse (0:04 and 1:38) have actually been removed here, which brings up an interesting question: does the lack of warning (ie. the breath) help make the vocal grab your attention more in each of those cases — especially on the basis that the breathing is such a feature elsewhere? Despite my natural predisposition against breath removal, my view is that those edits are ultimately defensible on such grounds, especially because the effect is amplified by structural devices which generate an amount of uncertainty about when the vocal is going to arrive: in the first instance, the odd 'starting in the middle of a bar' piano intro gives you little clue when to expect the singing to start, and in the second instance the 10‑bar section length between the arrival of the rhythm parts and Tom's "And if somebody hurts you...” is also anything but standard. Worthy exceptions to the rule.

A final point to make is that it's a well‑worn producer's mantra to leave your audience whistling the hook. That's why so many chart productions have exposed vocals presenting this in the song's tail‑out. (Check Little Mix's 'Wings', Pink's 'Blow Me', Katy Perry's 'Wide Awake', or Taylor Swift's 'We Are Never Ever Getting Back Together' for recent examples — and those are just off the top of my head!) So isn't it rather fitting that this song ends, slightly disconcertingly, with a breath? Mike Senior

A classic Don Was production with Ed Cherney at the helm for the recording and engineering, this record sounds smoother than an eel in evening dress. The full and sustained bass part (with its subtle dusting of stereo mix effects) is, of course, a big reason for this, but there's also plenty of harmonic padding being provided in the background. I can certainly hear an electric piano and Hammond in there, plus a string synth arriving around three minutes in, but I'm pretty sure there are also other less characterful synth parts lurking underneath as well — it's very difficult to get this kind of soupy warmth without some careful layering.

One of the big calling cards of this song is the tag‑team formed by Raitt and pianist Bruce Hornsby. Any vocal part will typically have moments where nothing new is happening, most commonly in the gaps between phrases, but also during long held notes — and there are plenty of both here. By inserting little piano fills during these momentary vocal lulls, Hornsby's part fulfils two distinct purposes, to my mind: firstly, it acts simply as 'ear‑candy', making the whole production more consistently interesting overall; and, secondly, it constantly refreshes the listener's appreciation of the vocal part, because their attention is constantly diverted and then returned. The danger with this scheme is that overcooking the secondary instrument's contributions can easily distract the listener too much, so that they lose the sense of the lyrics or their emotional connection with the singer's performance — and you can easily suffer from mix clutter too. 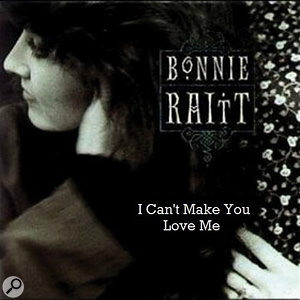 No risk of those problems here, though, because everything's in such perfect taste: both the playing and the mix automation ensure that the piano interjections never overpower the vocal. Notice, for example, how the beginnings of the verses are deliberately left barer to allow Raitt's vulnerable vocal expression to remain uninterrupted, and even when more elaborate filigree emerges later on it's usually aimed squarely at larger inter‑phrase gaps where it won't interfere with the continuity of the sung lines.

But that's not the only thing to notice about Hornsby's contribution. He also frequently reiterates and reinterprets the song's verse melody, thereby embedding it further into the audience's consciousness. So, for example, you can hear him riffing on it before the first verse (0:17‑0:32), at the tail end of the first chorus (2:00‑2:15), and then in progressively more wayward fashion during the outro improvisation at 3:45. This elegantly demonstrates one of the truisms of musical arrangement: if you're ever stuck for something to do in any musical part, try reworking what you've already got in the first instance — not only will that immediately make the new part seem to belong naturally to the song, but it'll also improve the memorability of your basic musical material.

While we're on the subject of musical taste, it's worth mentioning that the drummer here is the late Jeff Porcaro, formerly of Toto, arguably one of the most technically gifted sessioneers ever, so it's a testament to his musical sensibility that this part is one of the most beautifully simple and restrained you'll ever hear on record. And whether or not Don Was had a hand in this, he still earns serious respect from me for being able to smuggle in one of my most hated production clichés (those jingly bell‑tree things first heard at 0:32) without my immediately breaking out in a rash! Mike Senior