The drum sound in the first verse of this song is an odd one for any rock band to go for these days, and I'm not really convinced by it. The individual components of the drum kit don't sound like they're connected to each other, almost as if they were overdubbed one at a time. This is common on home brew band recordings, where people have relied too heavily on close-miking, because it's the overheads and room mics which typically provide the realism and 'glue' that binds the instruments together believably, and I suspect that faded-down drum-room channels are part of what fuels my misgivings with 'Black Chandelier'. It also bugs me that, acoustically speaking, the kick, snare, and hi-hat seem to occupy different universes. It's not just that the super-dry kick seems odd next to a snare with such heavy short-decay ambience; many classic rock mixes have a similar mismatch, and most listeners are quite used to that kind of studio sound. It's less easy to overlook the way the dense and somehow constricted snare room doesn't sit particularly well with the wider and seemingly airier reflections around the hi-hat (the result of introducing a triggered snare sample perhaps?), and it's always going to sound a little unnatural panning your hi-hat well away from the snare, especially when the hi-hat's on the right, implying an audience-perspective viewpoint 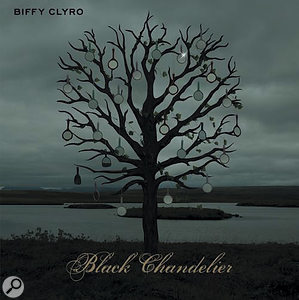 that yields precious little stereo separation in the real world.

I'm not suggesting that a drum kit should always sound realistic, because there are lots of great records which don't even pay lip service to acoustic realism. My problem is that the drum sound isn't far enough away from the generally roomier and more cohesive sound that Andy Wallace established across the band's previous couple of records, which means that its artificiality sounds like a shortcoming, rather than a creative decision to pursue a new sonic avenue (if that's what it was). I think the starkly separated sound does Biffy Clyro few favours stylistically, by shifting them more towards a sanitised pop/rock confection which doesn't jibe that well with their lyrical content. Sure, the drum sound gets well back onto familiar territory elsewhere in the song, but I couldn't quite get the taste of that first verse out of my mouth!

On a more positive note, the lead-up to the last chorus contains a couple of gems. I love the vocal effect at 3:07-3:18, which sounds to me like a combination of light ring-modulation on the lead line and an understated whispered double-track, treated with some kind of stereo-widening effect. It's also been mixed just at that level where you're not quite sure what's going on, which makes it pleasantly unsettling. My second highlight is the arrangement drop at 3:20, using the middle-section guitar tone from 3:07-3:14 to sucker you into the mistaken belief that there's another section before the full forces return — at least until everything thunders in on the off-beat a moment later. Gotcha! Mike Senior

This euphoric trance single propelled Armin van Buuren into both the UK Top 10 and the Billboard Hot 100 charts for the first time, an achievement made all the more impressive because the track breaks one of the style's unspoken commandments: "Thou shalt build thy choons in four-bar blocks, and unto each bar shalt thou give four beats. Yea, verily, I say unto you that other numbers shall be an abomination unto the dancefloor!” Marvel then, ye multitudes, that this production is constructed almost entirely from three-and-a-half-bar chunks! As with all great production hooks, it seems such an obvious idea once someone lays it out in front of you in finished form, but hindsight makes sages of us all, and one of those things that separates great producers from the herd is their ability to unearth the untapped commercial potential of something that's right under everyone's noses.

Beyond the basic concept of using this odd-length structural unit, there's one specific feature that's rather clever. The harmonic rhythm effectively splits each 3.5-bar iteration into two bits: a leading 1.5-bar segment based around F minor, Eb major and Db major; followed by a two-bar segment based on the home chord of Ab major. What I like about this is that the unresolved nature of the VI, V, and VI harmonies matches the one-and-a-half-bar section's slightly unsettled rhythmic nature, while the harmonic stability of the tonic is twinned with the more rhythmically stable two-bar duration. In other words, the harmony and rhythm are working towards the same musical ends. Within this context, it's apt that the only true four-bar section in the 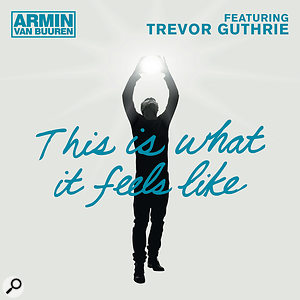 production (at 1:31-1:38) is an extension of the tonic chord at the end of the first chorus. And this reminder of the rhythmic convention that's being flouted is well placed too, refreshing the listener's appreciation of the unusual three-and-a-half-bar paradigm, almost exactly halfway through the song.

But this is also a great case-study of the pros and cons of extreme stereo widening. For instance, the vocal double-tracks at 0:41-1:00 are a great example of how you can widen musically inessential layers to provide impressive stereo picture, without losing anything of musical merit in mono — sure, the wide-panned layers really take a dive in the balance when the left and right channels are summed, but that's no real loss given the survival of the central lead line. Unfortunately, the same can't be said of the important "o-o-o-o-oh” vocal riff that features heavily in the climactic 'arms aloft' sections at 1:05 and 2:30, which really do suffer badly on a single-speaker balance. Mike Senior

What intrigued me about this unconventional retro-dance hit was its characteristically stodgy and harmonically ambiguous low-end texture (most strikingly exemplified at the climax of the song at 2:20-2:47). There are four main elements involved: 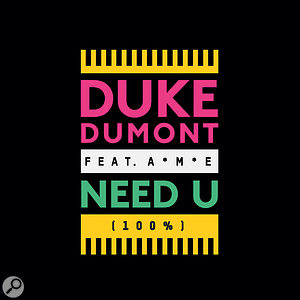 Fm-Gm over the 'C' open-fifth, and then Ebm-Cm over an Ab-Eb-F5 open-fifths progression — underneath all of which is an 'F' pedal note. No wonder the low end sounds so foggy! In almost any mainstream musical style I'd categorically label this a mixing mistake. In this case, though, the low-end murkiness acts as a badge of the production's 'more bass than normal mortals can handle' underground credentials, so if you're after that effect, then building these kinds of harmonic disagreements into the low-end arrangement my actually be in your interest! Mike Senior

I had a really weird experience when this came on the car radio the other day: I recognised the song within a fraction of a second, but then couldn't for the life of me work out how I'd done it! After all, the first seven seconds of this track are just a static F-major synth-string chord, right? So on returning to the rarified environment of the 'Mix Review' listening laboratory, I fired up the track again for more careful examination.

One thing I'd not consciously registered in the car was that there seems to be some kind of short-duration keyboard sound (almost like a fuzzy DX7 piano) that adds subtle extra definition to the beginning of the chord, and I think this makes the composite sound substantially more individual and memorable. It's a well-documented phenomenon that the way different instruments begin their notes provides one of the strongest clues to the listener about their identity. As such, if you chop the initial half a second off a selection of different instrumental notes, they actually become rather difficult to tell apart — which is why manufacturers of early sample-based synths traditionally dedicated the lion's share of their sample ROM to storing note onsets. There appears to be a bit of eighth-note delay on that surreptitious keyboard part too, which adds another little pinch of spice.

However, there's something a bit unusual about the string sound itself as well. Many programmers would have been happy to just play the chords with an ensemble strings patch, which usually gives you a very homogenous sound, but here I get much more of an impression that the virtual string section is actually made up of lots of individual players. When interviewed about this arrangement for SOS February 2012's Classic Tracks feature, 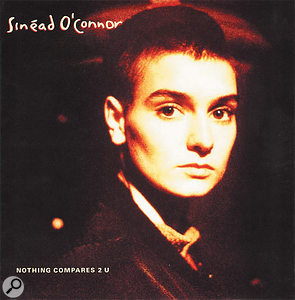 Gota Yashiki mentioned that he was concerned with getting the strings to sound more natural, so I suspect that he chose the more laborious route of building up his string orchestra by combining individual solo or small-group multisamples playing the different lines — although it does sound as if those are still being glued together using a more generic chordal string pad in the background. However, the S1100 Yashiki apparently used wouldn't have had nearly enough sample RAM to accommodate long notes in their entirety, so the sustains would have had to have been created by looping the ends of much shorter samples. Indeed, if you listen to the opening chord's top A, you can clearly hear its timbre 'pulsing' mechanically roughly twice per second as it loops, an effect that's nothing like a player's natural vibrato but which creates a uniquely recognisable character of its own.

However, even had this track started with just a simple JV1080 string pad, might its static featurelessness still have counterintuitively proved a kind of 'so forgettable it's memorable' hook? I can't immediately think of any other big hit with such a stark string opening, certainly — although I'm sure dozens of SOS forum posters will doubtless set me straight on that within minutes of this reaching print... Mike Senior