This production demonstrates how important vocal performance and arrangement are to modern pop hits — because there's precious little else to it! Indeed, the basic eight-bar backing loop is so simple (varied only on a handful of occasions by muting a few parts), that it wouldn't surprise me at all if it'd been put together in the iMPC app during a cigarette break. As such, I have the greatest respect for what Thicke and co-conspirator Pharrell Williams have achieved here.

Take the chorus, for instance. Although ostensibly the baldest of one-note ideas, the "good girl”/”blurred lines” declamations are transformed into killer hooks simply by virtue of expressive glissandos, while the "you know you want it” is made significantly more arresting by dropping its second iteration an octave. On the face of it, these are such primitive devices, but — let's be frank — how few of us would actually have used them in the situation? In general, the range of vocal stylings is dazzling, with the arrangement revealing different facets at a frenetic rate. Listen to verse two, for example: Thicke starts off with a breathy double-tracked falsetto for "what do they make dreams for” at 1:22. Six seconds later "you the hottest” kicks in with a forceful, bluesy, layered chord extending up to a soprano 'D', before 1:30 gives us a more conversational solo delivery in his middle register, accompanied by wide-panned "hey hey hey” layers that are just out of tune enough to sound fashionably stoned. By 1:38, Thicke's moved a little further up his register and is moving into a more clearly sung style, while sporadic gale-force harmonies are added over the top, and then a return to the "hey hey hey” texture at 1:46 (with an added "uh-huh” idea) brings us to the chorus. That's already an enormous amount of variety in one verse, even before you start considering all the wonderful little details: the amusement in his voice on "what rhymes with hug me?” (1:34); the cascading R&B ad libs at 1:36 and 1:55; the wild pitch sweep of "domesticate you” (1:40); and Pharrell's repeating "everybody get up” and Jackson-esque "wooh” contributions. 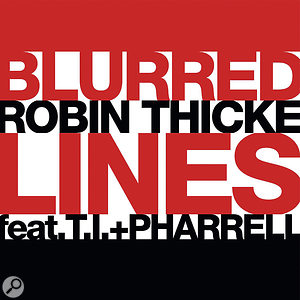 Another question to ask is this: how much of this arrangement would have been murdered had anyone tried to iron it out with pitch-correction software? While it'd probably be rather naïve to suggest that tuning gizmos played no part in this production (it's pop after all) I never get a sense that I'm hearing that technology, just great performances. And it's not just the "hey hey hey” riff that showcases how technically out-of-tune moments can enhance the swaggering attitude, because the main hook is also far from pure. Who the hell cares when it sounds like that much fun? Mike Senior

Although arguably best known for his twelve-tone composition technique, the iconoclastic Austrian composer Arnold Schoenberg also coined the term 'Klangfarbenmelodie' (literally 'sound colour melody') in 1911 to refer to the process of shading a melodic line by assigning its different notes to different instruments. But it's taken almost a century for someone to really catapult this idea into the mainstream, as Skrillex has effectively done by butt-editing chains of synth and sample snippets to create his crowd-slaying mega-riffs. I've been a huge fan of his productions since hearing 'Scatta' a few years back, and this latest Grammy-winning track amply demonstrates what I'm talking about.

The present-day Klangfarbenmelodie arrives for the first time with "Bangarang” at 0:25-1:01, and from a chart-music perspective it's extraordinarily efficient because it only ever asks the listener to concentrate on two musical events at once: the drums, and whatever snippet of synth/sample audio is currently in the foreground. There's rarely more than one musical pitch active at any one time either, partly because each audio snippet is kept so brutally distinct from the next — as when the second iteration of the "you feel good” sample at 0:42 is cut short when the rapped word "bass” interjects. 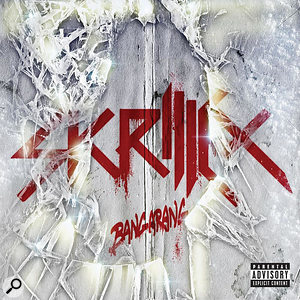 While you can't exactly whistle the tune of such a musical mosaic, there's nonetheless an undeniable melodic character to it that sticks in the memory more assiduously than many traditional single-instrument melody lines. And of course the frenzied shifts of timbre and the contrasting acoustic spaces implied by the different samples constitute a barrage of attention-grabbing ear candy into the bargain.

Given that economy of means is such a powerful aid to successful communication in pop styles, it's no surprise to find the Skrillex influence already cross-pollinating. However, what I've heard so far mostly amounts to simple pastiche (with predictable stuck-pig synth garnishings), so I reckon the market remains wide open for creative pop producers to capitalise on the Klangfarbenmelodie concept without any of the EDM baggage. I wonder who'll pick up the gauntlet? Mike Senior

Creating an effective depth dimension in your mix is about much more than just how much reverb you add. Although the heavy room ambience on this song's titular backing shouts is clearly one of the reasons why they sit well behind the lead vocals, guitar and mandolin, there are two other psychological effects in this production which I think really stretch the front-back perspective. The first is that the foreground instruments simply have more brightness in the top octave of the frequency spectrum. Although Kevin Augunas's vocal EQ is partly responsible for this, the choice of distant miking for the yells is also a factor, I think. Close-miking any source will usually capture more of the extreme highs than distant miking, simply because the microphone picks up a greater proportion of the source's direct sound on axis when used up close, and most mic designs 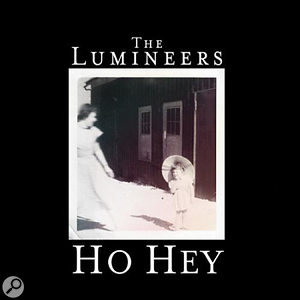 have a significantly brighter timbre on axis than off axis. In addition, though, there's the fact that the foreground parts are unmistakeably being performed a lot less forcefully than the background chant, but nonetheless have no trouble being heard against them in the mix. This, therefore, makes a strong implication that the softer-sounding parts must be a lot closer to the listener, otherwise how else could they compete on such an equal footing in the level balance? Mike Senior

What better time of year to discuss the best-selling single of all time? The Guinness Book Of World Records claims that this record has shifted in excess of 50 million copies since its initial release in 1942, although the version you'll hear nowadays is actually a painstaking re-recording Bing did in 1947, after the original master wore out! (Decca released an ill-advised 'enhanced for stereo' version of the recording in 1963, slathered in added hall reverb, so try to track down the original mono master if you want to hear the sonic details a little better.)

The arrangement is first-class, and wisely resists the temptation to translate "sleighbells in the snow” too literally, instead relying on interplay between the gentler sounds of celeste, harp and trilled/tremolando violins to get those treetops glistening. (I suspect that the violins are deliberately playing closer to the bridge for their tremolo around 0:45, to give it that characteristically glassy tone.) I particularly like the way the sighing countermelody first introduced by the violins over Bing's "treetops” at 0:32 is not only revisited for "may your days be merry” at 1:13 and 2:35, but is also woven in several times in inversion, for example at 0:52, 1:30 and 2:10. Although this thematic repetition may seem trivial at first glance, I think it actually has a powerfully cohesive effect on the music as a whole, and it's very much a hallmark of the great arrangers of that period.

Turning our attention to the voices, listen to how Bing's level and tone develop through the song. Engineers of the 1940s were no less concerned with achieving consistent vocal transmission than we are today, but in the absence of multitrack recorders they were forced to make any necessary balance adjustments while recording direct to mono. Although riding the vocal 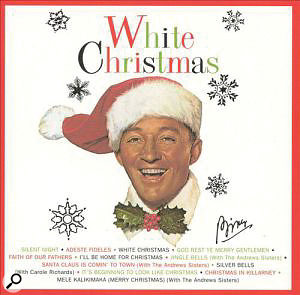 fader 'live' is something of a lost art in the studio these days, engineers of the time became extremely adept at it, using their knowledge of the song's melody (and the singer's body language!) to anticipate and compensate for overly loud or quiet notes. Canny recording artists such as Crosby would also modulate their distance from the microphone in real time for similar reasons, as well as to control the degree of low-end warmth added by the vocal microphone's proximity-effect bass boost. Although technical specifics relating to this session seem pretty thin on the ground, from what I can hear I think the engineer's hands and Crosby's feet are both at work at 1:11, where the relaxed "may your days be merry” is considerably warmer and louder than the following strongly projected "bright”. And then I'm guessing that the softer "and may all your Christ-” was faded up mostly by the engineer, because the proximity effect of Crosby stepping up to the mic only really kicks in at "-masses be white”. (While we're on the subject, do you reckon the engineer was caught napping on the first "I'm dreaming” at 0:10? It's just that the vocal does seem very buried in the balance there, and then suddenly leaps up in level from "of a white...” onwards.)

The choral arrangement is notable for its use of humming, which allows the choir to slip into the background behind Bing's "just like the ones I used to know” (0:20) and "with every Christmas card I write” (1:02), even though they seem to have been set up in a close studio position to suit their lead role at 1:34-2:45. The men's return to humming at 2:15 makes sense too, because it really helps the womens' lead line to come through clearly despite its comparatively low register. Mike Senior