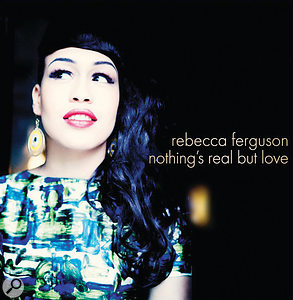 I'm pretty unshockable when it comes to using super-heavy compression as a creative tool, whether to completely change the character of individual channels or to give bussed signals that exhilarating 'everything fighting everything else' effect that's graced many a rock freak-out. But, try as I might, I just can't warm to the dynamics processing in this particular mix, because it feels to me like it's being used as some kind of shortcut, to avoid actually balancing the mix sensibly.

Take the first chorus, for instance. For a start, the drums just feel too loud to me compared with the rest of the band, so although the hurricane-force compression is able to drag the piano and organ up by their bootstraps between the drum peaks, the overall texture ends up lacking harmonic warmth. Into the bargain, you get rather unmusical side-effects on the drums themselves, such as small elements of the drum/percussion periodically taking startling leaps forward in the balance — for example, the hi-hat at 1:41 and the tambourine at 1:54.

Then there's the vocal. While this is, for the most part, loud enough to stay up front (by virtue of ducking the rest of the instruments via the master-channel's bus compressor, presumably), there are times when its balance is unstable enough that it detracts from the phrasing of Rebecca Ferguson's performance. Check out the first two syllables of "no money” in the first chorus, for example, which suddenly seem to submerge (perhaps on account of the loud tom hit there), while the third whooshes out at you inexplicably — just one of many examples where the vocal levels are pumped counter-intuitively, somehow. And then there are other moments (such as during the little middle-section at 2:02-2:10) where the vocal pushes the rest of the arrangement too far into the background instead — the way the piano/Hammond parts swell up between "what if that day don't come” and "I need love” gives a sense of just how much gain-surfing is going on here.

So, overall, I reckon there are better records than this to reference if you're a fan of heavily squashed sonics as an artistic statement. Maybe try something like Michael Brauer's mix for James Morrison's 'One Last Chance', say, which has enough compression to give anyone a nosebleed, but still retains a rock-solid balance. Mike Senior 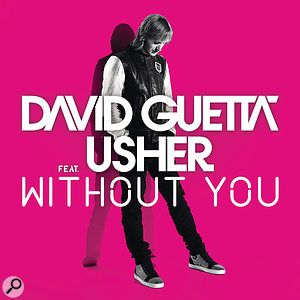 Despite David Guetta receiving top billing here, what really stands out for me is the contribution of guest superstar Usher. Despite some rather ham-fisted tuning processing, I think this vocal is an absolute stunner, carrying the song through two separate minute-long verse sections (0:15-1:15 and 1:41-2:41) with only the scantiest assistance from the arrangement.

This achievement is all the more remarkable given that he has so little to work with: basically four iterations of the same melody per verse, arrayed over a block chord-based backing containing almost nothing in the way of fills or counter-melodies. Engaging the listener with just your vocal line under such circumstances is tremendously tough going. First of all, you have to differentiate each new repeat of the melody in some manner, to keep it sounding fresh, but not so much that you lose all sense of its underlying contour. Then you have to somehow link the individual little vocal phrases so that they generate some momentum through each iteration of the melody, while simultaneously building the tension through all four melodic repetitions of each verse, as well as through the song as a whole. So in this critique, I'd like to just spotlight some of the ways I think he's doing this.

Let's deal with the differentiation issue first. From a simple melodic perspective, the first verse only has one major change: the octave shift on the third iteration. As such, Usher actually shows remarkable restraint (for an R&B artist) by resisting a torrent of the usual improvisational curlicues at this point, giving only a microscopic 'wiggle' on the final "you” of the second iteration at 0:42 and one isolated flurry on the final "you” of the third iteration at 0:57. In doing this, he prepares the foundations for the second verse in two ways. Firstly, he wisely reserves the expressive fire-power of his virtuoso vocal stunts for the part of the song that needs it most — in other words, where the melody itself might otherwise be sounding a bit dog-eared from over-use. Secondly, he cements the basic melody firmly in the listener's mind, so that there's much more leeway to branch out onto alternative lines without anyone forgetting where he started from.

Very sensibly, he hits the first of these melodic detours at iteration six, because its surprise value would have been mostly redundant at the start of the verse, where the switch from the chorus is already enough to demand a significant renewal of audience attention. Similarly, he doesn't need to deviate from the basic melody as much for iterations seven or eight either — the former makes a statement by shifting up the octave again, while the latter has an 'ace in the hole', in the form of a new backing-vocal countermelody, to sustain the interest. That said, the octave shift inevitably isn't nearly as powerful a device as it was for iteration three, so the high variation of "If you're not here I'm paralysed” is an inspired move, propping up the emotional intensity for the second phrase by pushing the pitch register to an as-yet-uncharted high extreme.

But it's not just the pitches that provide the variation here: Usher's command of a wide range of vocal deliveries is also an important part of the recipe. On the most basic level, the contrasts between his breathier 'head voice', more strident 'chest voice', and higher falsetto are put to great use. Again, he plays pretty safe for the first verse, with the first two melodic iterations mostly in head voice (although with a lovely hint of chest voice on "game” and "same”) and the second two iterations in chest voice, albeit with predictable falsetto moments on the high 'A' and 'B' notes.

Move to the second verse, though, and things start to get more interesting. First, there's a break into falsetto for the end of iteration five, followed by a stronger falsetto opening for iteration six, and then some chest-voice in an as-yet-unfamiliar pitch register. Iteration seven then makes a splash with the first chest-voice top 'A' (it's always been falsetto until now), and subsequent stratospheric falsetto detour, and also gives us a sudden return to head voice (with a flanger effect) for the first "without you”. Finally, a full chest-voice rendition of the whole melody ends the verse, complete with a top 'B' and some impassioned tonal break-up, especially on "blind”. But that's only the tip of the iceberg, because the performance is simply littered with other great little expressive moments: the guttural "uh” at 0:59; the delay of "fight” at 1:03; the breath-punctuated staccato of "you and I” at 1:05; the long, aspirated onset of "I'm so blind” at 2:28; the matched rhythms of "I lost my heart, I lost my mind” at 2:30... and those are just my favourites!

As for creating the sense of connection within each iteration, this song is an absolute masterclass. Perhaps the best example I can focus on is the very first iteration of verse one, because it's not aided by any of the histrionics that occur later on. It's impressive the way the fall-offs of both "win” and "rein” are connected so smoothly to the following breaths, and how he chooses not to put a breath after "game” (despite the considerable breathing demands of head-voice delivery in general), in order to create one long arch to the end of "without you”. And then, even though the delay spins help hold the interest during each of the held "you”s, it's not without support from the notes themselves. The first, in particular, doesn't let up (and even blossoms into a tiny vibrato towards its close) until the breath preceding the second "without”.

All in all, it should have been 'Usher featuring David Guetta', if you ask me. Mike Senior

'Read All About It' 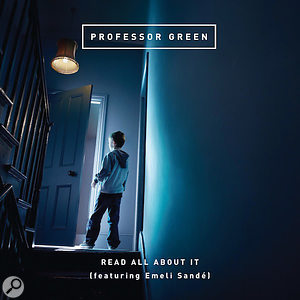 Beyond an uneasy sense that Professor Green is making Eminem the subject of a pastiche, the thing that really seems odd about this track is the vocal balancing, because I can't really fathom the thinking behind it. Sure, the chorus's vocal hook is good and loud, which is fine, but why is the lead rap then so much further back in the mix by comparison? Given that Emeli Sandé's vocal is already setting a limit on how 'big' the backing seems (by comparison with her level), it feels, to me, like Prof Green could have been quite a bit higher in the mix without making Sandé seem any smaller, which would have really improved the lyrical intelligibility. (His vocal projection isn't helped by the rather muffled vocal tone either — less low mid-range and a bit more 1-3kHz would probably have worked a bit better.) Perhaps keeping the rapping lower in level was meant as a ruse to make the chorus vocal pop out more by comparison, but I'm not convinced.

On a more positive note, Sandé's opening vocal is also worth a careful listen because of the nice way in which the level of the main quarter-note echo is being adjusted in real time. Following the end of the first phrase, for example, the echo of "sing” is clearly audible, but there's nowhere near that level of delay effect while the dry vocal signal is in the mix. Had the delay not been adjusted in this way, it would either have obscured the vocal, dragging it back into the mix, or it would have been too low in level to make a real statement between the vocal phrases. Mike Senior