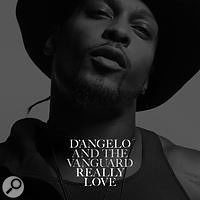 As a mix engineer, most of the time you’re endeavouring to deliver a product that’ll work well at a wide variety of listening levels. It’s not uncommon, however, for mainstream pop mixes in particular to be mixed specifically for lower-volume playback, pushing the lead-vocal/hook levels, mix compression, and general brightness to ensure maximum brand-recognition even for listeners hoovering an Afghan hound — the penalty being a blisteringly fatiguing listen at anything like party-grade volumes. This D’Angelo song, however, is the polar opposite, a mix that only really offers up its riches once your windows are beginning to rattle, and which’ll blow out your subwoofer long before it ever gets abrasive.

And once you do crank the dial there’s so much to enjoy — not just great basic sounds for the intimate chamber-music strings, improvisatory spanish guitar, and gossamer harp glissandi, but also tons of lovely background details which give a sense of fresh discovery with each new playback: the subliminal tremolo guitar at 1:34; the french-horn and clarinet licks at 2:22-2:38; the damped snare flam at 2:59; the electric-piano fill at 3:11; and the mad string slides at 4:01. It may demand concerted listening, but there’s no question that it rewards your efforts handsomely. Mike Senior 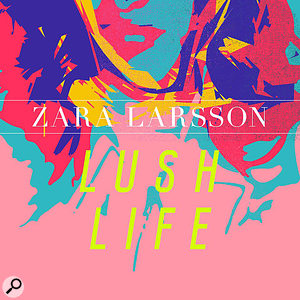 As with a lot of pop house choons, the harmony has a definite modal flavour, but the question is: which mode? For me, the first half of the song is intriguingly ambivalent in that respect, with the scale’s Bb and Eb plausibly suggesting to me both Eb Lydian and G Aeolian. The quasi-rap of the lead-vocal’s verses gives scant support to either interpretation, skirting around the root tones of both modes, and only weakly favouring G Aeolian by virtue of the fact that this mode’s root triad is the only chord in the song which renders the vocal’s main chant tone (D) consonant. The melody on “went low, went high” at 1:29 begins to strengthen the Aeolian atmosphere by outlining the root triad, but still manages to feel noncommittal by side-stepping the root tone over the G minor chord. Indeed, it’s only surprisingly late in the song, at 2:10, that the harmony and melody properly jettison their Lydian leanings, to my ears. And (quelle surprise!) that’s exactly where the title lyric first emerges. Whether by luck or design, it’s very smart writing to time things that way.

The production also boasts some lovely bits of ear candy. My favourites have to be the arcade-style one-shots (eg. the rising arpeggiations at 0:30-0:40 and the ‘descending space invader’ glissando trill at 0:46), which not only catch the ear timbrally, but also contribute to the modal ambiguity through their dissonant pitch content. There’s also something of a rarity in the effects department here: some kind of triplet-16th multi-tap echo patch on the backbeat claps (first heard clearly after “gave it up” at 0:37), which ties in neatly with similar rhythmic subdivisions in the arcade-game one-shots. The high whistle-like riff (eg. 0:28) is another highlight, combining its attention-grabbing sonic character with a nice little portamento fall-off (on the third note) that helps it maintain audibility in the mix even as the backing texture thickens later in the arrangement. Mike Senior 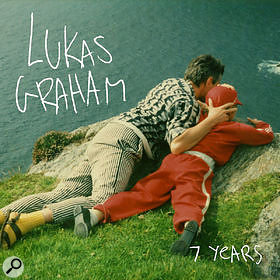 What strikes me about this production is its cinematic scope, which is an apt partner for the episodic ‘biopic in miniature’ lyrics — the best one I can think of since Erwin Drake’s ‘It Was A Very Good Year’ (famously covered by Sinatra in 1965). In part this stems from the targeted use of Foley sound effects such as the old-fashioned home-movie camera and vinyl-crackle samples which open the song, or the MC and crowd noise featured at 1:35. The instrumentation feels very television-inspired too, for example the childlike conceit of the opening piano part (underlined by the musicbox at 0:19 and the snatch of ‘playground ambience’ at 0:34) and the rich, wide-screen strings that first creep in at 0:50 and then drive the emotionally charged harmonic reinventions which follow the surprising first-inversion Bb chord under “I’m still sorry” at 2:43.

Another reason this song reminds me a great deal of music for picture is the way the producers have lent the main vocal and instrument sounds extra emotional depth and impact by layering in a variety of nuanced atmospherics and transition effects — a stock-in-trade practice amongst media composers. The gently ‘wobbulating’ pad at 0:04-0:34, for instance, concentrates the sense of nostalgia, as well as providing warmth, internal movement, and extra stereo width to the mix as a whole. The noisy reverse-envelope effect significantly increases the drama of the first snare hit at 1:07, and the subsequent tonal ramp-up continues the momentum into the following downbeat. And the words “if we don’t meet before I leave, I hope I’ll see you later” are made more strongly figurative by the entrance of the celestial synthetic shimmer at 1:52.

And there’s one more aspect of this mix that makes it seem targeted more at the cinema than the hit parade: the low-end reach. Most chart releases deliberately eschew the 20-40 Hz octave in order to achieve higher loudness at the mastering stage — it’s the low end, after all, that comprises the majority of the mix energy in most pop music. In this instance, though we suddenly get a terrific dose of sub-30Hz welly as a sub-synth begins tracking the bass line from the F pickup at 3:15, just as we enter the final climactic hook section. My subwoofer hasn’t done such a spirited rhumba in ages! Yes, the effect will be lost on 90 percent of casual music listeners whose playback hardware can’t even tickle those frequencies, but who cares when it represents such a glorious (and musically appropriate) concession to the hi-fi minority? Mike Senior

‘See That My Grave Is Kept Clean’ 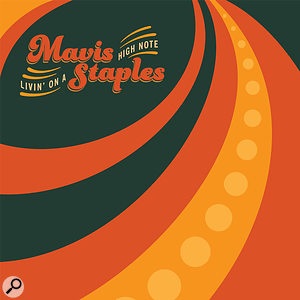 What a fantastically gnarled vocal sound there is in this recent Grammy-winning production — it’s like she’s been gargling whiskey and caltrops! Check out “have you ever heard” at 2:09 in particular, which is about as far from a pure vocal timbre as you can get, but tremendously expressive as a result, and an excellent antidote to the saccharine vocal posturing that chart singers young enough to be Staples’ grandchildren so frequently attempt to pass off as raw emotion.

The layering of a roots Americana aesthetic over that grungey hip-hop drum loop is also a match made in heaven for trip-hop fans such as myself! I particularly like how the loop’s kick drum often seems to incorporate some kind of dodgy audio edit or fragment of vinyl crackle, adding the slenderest little ‘snick’ to what is otherwise a fairly round-sounding drum timbre. Not only does this provide extra rhythmic definition, but also brings the kick further upfront in the mix (better matching the placement of that dense noise-burst of a snare), without having to fade it up too far in the balance. A nifty trick! Mike Senior 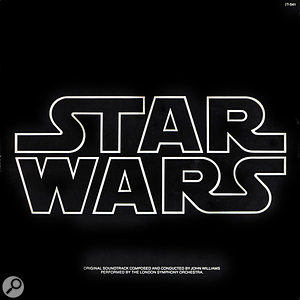 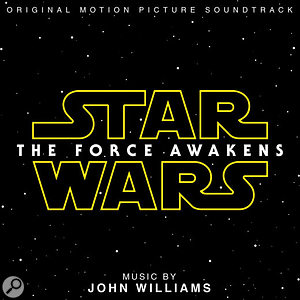 A long time ago, in a studio far, far from LA... Or, 37 years ago in a studio about 20 minutes north of Slough, to be more precise, the London Symphony Orchestra first recorded John Williams’ heroic Star Wars march. The latest chapter in the film franchise would have been enough of a reason to revisit this classic recording, but it’s also an opportunity to pay tribute to a crowning achievement of legendary film-score recording engineer Eric Tomlinson, who sadly passed away last year. Given the huge technical innovations in studio recording since 1977, it’s truly remarkable how well this recording stands up against modern soundtracks, especially since (as I understand it) the bulk of it was effectively mixed live to three-track during tracking.

These days, the idea of having to ride faders to tape gives most studio engineers the willies, so the firm assurance with which you hear Tomlinson moulding the balance here demands the utmost respect. For example, check out how the strings entry rides boldly to the fore at 0:27, but then gradually pulls back as the brass-chorale swell builds from 0:36 into the bridging fanfares — all the moves beautifully judged so that the important musical lines really carry through, but without losing the grandeur of the full ensemble sound.

Comparing the latest film’s corresponding opening cue, however, I do nonetheless feel very positive about the technological progress we’ve made in the intervening years. For a start, the use of programmable mix automation now allows us to hear details in the music that it would previously have been impractical to unveil. Take the main theme’s recap (around 0:48), for example, where the original recording’s assertive horn level leaves the string texture and woodwind filigree a little in the shade. By comparison, those elements offer much more musical support on the contemporary recording, and the main melody can also be balanced with more restraint simply because there’s no longer any need to err on the loud side for the sake of caution.

I’m also a definite fan of the more modern depth perspective. The moment you put up close mics for individual instruments/sections of an orchestra to adjust their musical balance, you also start distorting their apparent front-back position, because the close mics will always capture a drier signal than the main mic rig that’s picking up the overall ensemble sound. You can clearly hear this happening on the 1977 recording, for example, where the brass section frequently drifts well forward of the strings during both of the main theme statements, and those scrabbling violin runs at 1:13-1:23 suddenly sound slightly dislocated as their direct sound begins to dominate over the room ambience. The modern recording, by contrast, keeps the apparent instrument distances much more stable — presumably by using artificial reverberation to maintain appropriate dry/wet ratios as close-mic levels are manipulated. While I’ll freely admit that the ‘70s fader rides do have a certain attention-grabbing charm, on the whole I do find a more believable depth presentation more immersive and emotionally satisfying. Mind you, the latest soundtrack doesn’t have a completely static depth perspective — this is film music, after all, and there remains an aesthetic case for some forward-backward movement to highlight thematic material or support the visuals, especially when it’s handled as expertly as it is here. Mike Senior