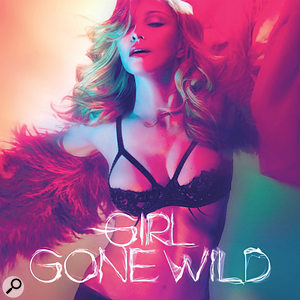 There's a lot I like about Her Madgesty's latest offering. The beat motors along, with plenty of chunky synth sounds and enough arrangement jiggery-pokery to keep grandma from nodding off. I'm also pleased that the dog-bothering brightness of her last album, Confessions On A Dance Floor, appears to have been tamed for MDNA, which makes it a more palatable listen if your playback hardware happens to cost more than its faux-calfskin carry case.

I do have some reservations about the way the lyrics are delivered, though — beyond the oddness of getting a virtual come-on from someone old enough to be my Mum! The first issue is that there are a lot of hard-panned double-tracks going on, without any clear voice from the centre. This is perfectly acceptable in stereo, because the resulting vocal image is still evenly balanced between the left and right channels. However, if you go to mono, the combined vocal tracks take on an obviously double-tracked tone (akin to a chorusing effect) that's not apparent in stereo, and the relative vocal level also decreases significantly.

The fact that the vocal balance, even in stereo, already seems quite unpredictable doesn't help either, as the lyrics therefore rely quite heavily on their stereo separation to maintain intelligibility — another reason why they suffer in mono. If you want to hear what I'm talking about, check out the second verse (1:45-2:00). To start with, the lead vocals aren't exactly super-clear in stereo, but really get lost in mono. Then from 1:54 the vocal levels suddenly leap forward in the balance for no decent reason I can fathom, making the backing feel rather dwarfed in stereo.

None of which is helped by the nature of the vocal line itself, which chooses to put its stresses directly on the beat most of the time, thereby maximising the degree to which important consonants are masked out by the drums — probably most damagingly on the title hook. I can only assume they're not banking on anyone buying a Madonna record for the lyrics. Mike Senior 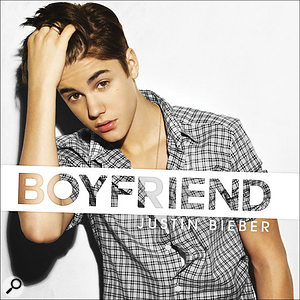 Watching the Olympic archers during a lull in studio proceedings, I was struck by how modern bows, while undoubtedly the pinnacle of effectiveness and efficiency, don't half look weird. And I get a similar impression about Justin Bieber's music. Ever since 'One Time' and 'Baby' were in the charts a couple of years back, I've found the low end of his fiercely teen-targeted mix sound slightly freakish, as amply demonstrated in this latest single. First of all, the bass line's tone is completely dominated by its fundamental frequency, with negligible levels of more audible harmonics — to all intents and purposes, it's a sine wave. However, this sine wave packs more sub-60Hz power into the mix than you'll find on most pop and R&B tracks. In tandem, everything else (with the exception of the kick drum) sounds like it's high-pass filtered below about 150Hz, and there's also a significant suck-out in the low mid-range between about 200Hz and 400Hz. The result is a strange kind of hollowness to the sound between its earth-shaking lows and mid-range/high-end glossiness. An overall 'smile curve' frequency response has long been de rigueur for teen-targeted chart material, but this is a pretty extreme version, if you ask me, so I naturally find myself questioning the thinking behind it.

A key issue in this particular arrangement is that, unlike most chart records, the bass line doesn't seem to be operating in any kind of musical role — even on a full-range studio monitoring system, the sense of pitch you get out of pure 33, 36, 48, and 55 Hz sine waves is rather ambiguous, and I wouldn't expect any consumer multimedia or vehicle subwoofer system to render them as anything other than indeterminate rumble. However, the production doesn't actually rely on the bass for harmonic grounding or any kind of melodic counterpoint, so the usual requirement for earbud-friendly higher bass harmonics becomes debatable. As such, the bass notes can concentrate exclusively on delivering a market-leading degree of tactile low-frequency vibration.

Working on the assumption that this is a calculated mix decision (do Island Records have market research suggesting that teenage girls palpitate more readily to sub-60Hz frequencies?), the deep, low-mid spectral trough begins to make more sense. The danger with heavy sub-bass is that it tends to make your mix tonality bloated and woolly overall, so it stands to reason that maintaining the tonal clarity expected by pop pickers would require swingeing cuts in the two or three octaves above the bass fundamentals.

There's one further variable that may be part of the equation, namely that most consumer playback systems accessible to teenagers will struggle to transmit such powerful low bass tones without distorting them or setting off sympathetic resonances in the shelf, desk or car door. That means that a lot of typical consumers may well perceive audible bass-derived harmonics further up the spectrum, irrespective of their absence from the mix signal itself. Indeed, the injection of extra energy from distortion components in the 100-300Hz zone is one reason why cheap speakers often make mixes sound muddy, so I wonder whether 'Boyfriend' may have been deliberately designed to benefit from this effect. Mike Senior 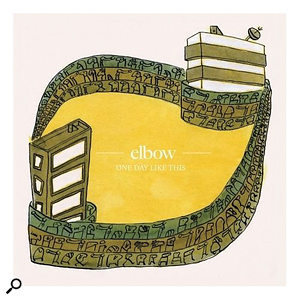 London's Olympic jamboree catapulted this 2008 single into the UK top five, a new high point for the band. Richly deserved, too, if only for the string arrangement, which makes the most of a rare opportunity to take centre stage. The pacing of the string contributions around the lead vocal is masterful, for instance. Simple unison swells grow into gentle oscillations during the first four vocal lines (0:27-0:50) before imitations of the lead melody emerge and develop to lead us into the staccato riff of the first "beautiful day”. The ensemble unison texture suddenly breaks into harmonies for the next verse, and the thematic material quickly develops from imitation to counter-melody, as well as lending rich structural support such as during the build-up to Guy Garvey's uplifting "Holy Cow” at 1:45. And then the breathless pizzicato interlude at 2:21-2:45 clears the palate for the outro's climactic sing-along.

Speaking of the outro, another moment that really floats my boat is when the bass drops to E-flat at 3:49, having steadfastly held an F pedal note up until that point, especially because it (and the chord above it) rubs so juicily against the continuing F ostinato from the strings. As if that weren't enough, the harmonic similarities with 'Hey Jude' mean you can have some cheap fun singing "Nah nah nah na-na-na-nah!” over the top if the fancy takes you! Mike Senior 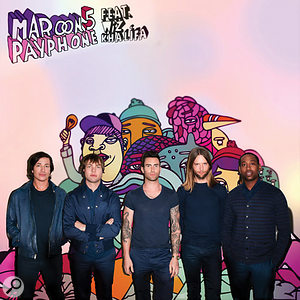 Maroon 5 appear to have the Midas touch at the moment, with another big hit following hot on the heels of their global smash 'Moves Like Jagger'. My first impression is that the snare has a lovely crunch to it here, and its super-wide processed ghost-note details provide a sense of horizontal dimension to the verses without dramatically undermining the stereo impact of the chorus's wide-panned lead vocals. However, it's the harmonic ramifications of the main hook line that ended up catching my ear the most.

The unprepared 6-5 motion over E-major on "payphone” already has a bit of character to it, but the following suspended fourth over B-major on "call home” is even better because of the way that it isn't satisfactorily resolved, that same E forming the basis of a second 6-5 motion over the next bar's G-sharp minor. One weakness of a lot of rookie songwriters, as I see it, is their reluctance to indulge in any melodic dissonance at all, but even comparatively experienced songwriters normally tend to resolve lead-line suspensions during the same chord. So it's a mark of the harmonic confidence of the Maroon 5 team that this specimen not only defers its resolution beyond its own chord, but doesn't even resolve it properly until part of the way through the following bar. I'm not suggesting that such a scheme is particularly difficult to design, it's just that it tends to fall outside a lot of writers' comfort zones, so it's a trick that's a good bet if you're looking to set your own songs apart from the herd. Mike Senior 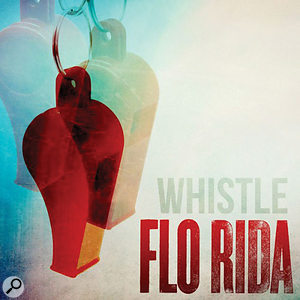 The bitcrusher-style distortion on this acoustic guitar at first seems a little heavy-handed, but once the mix gets going, it seems to recede, subjectively speaking, while still leaving the guitar part itself with a certain extra presence. I suspect there may also be distortion processing in action on the bass and whistle parts during the hook section (first heard at 0:28). My reasoning here is that the bass has masses of rich HF, which makes it extraordinarily small-speaker friendly, but without a particularly sharp-sounding resonance peak; while almost anyone who has ever tried to mix a whistle part will confirm that this mix's edgy cut-though is extremely difficult to achieve without supplementing the sound's naturally scanty upper-spectrum information.

Another unusual feature of this production is the way the verse-section vocal double-tracks are all a fourth below the lead. This is rather a neat idea, I think, because it gives the part that necessary 'gang vocals' feel, yet simultaneously avoids homogenising too many of the expressive inflections out of Mr Rida's flow — always a danger with the more commonplace unison double-tracks. Mike Senior